The 57th BFI London Film Festival, in partnership with American Express, is delighted to announce that this year’s Opening Night will take place on Wednesday 9 October at the Odeon Leicester Square, with the European Premiere of Sony Pictures’ Captain Phillips.

It is directed by acclaimed Academy Award nominee Paul Greengrass (United 93, The Bourne Supremacy) and stars two-time Academy Award winner Tom Hanks (Forrest Gump, Philadelphia), both of whom are expected to attend the Festival.

Captain Phillips is director Paul Greengrass’s multi-layered examination of the 2009 hijacking of the US container ship Maersk Alabama by a crew of Somali pirates. It is – through Greengrass’s distinctive lens – simultaneously a pulse-pounding thriller and a complex portrait of the myriad effects of globalisation.

The film focuses on the relationship between the Alabama’s commanding officer, Captain Richard Phillips (two time Academy Award winner Tom Hanks), and his Somali counterpart, Muse (Barkhad Abdi). Set on an incontrovertible collision course off the coast of Somalia, both men will find themselves paying the human toll for economic forces outside of their control.

The film is directed by Academy Award nominee Paul Greengrass, from a screenplay by Billy Ray based upon the book, A Captain’s Duty: Somali Pirates, Navy SEALs, and Dangerous Days at Sea, by Richard Phillips with Stephan Talty. The film is produced by Scott Rudin, Dana Brunetti, and Michael De Luca. Sony Pictures release the film in UK cinemas on 18 October 2013. 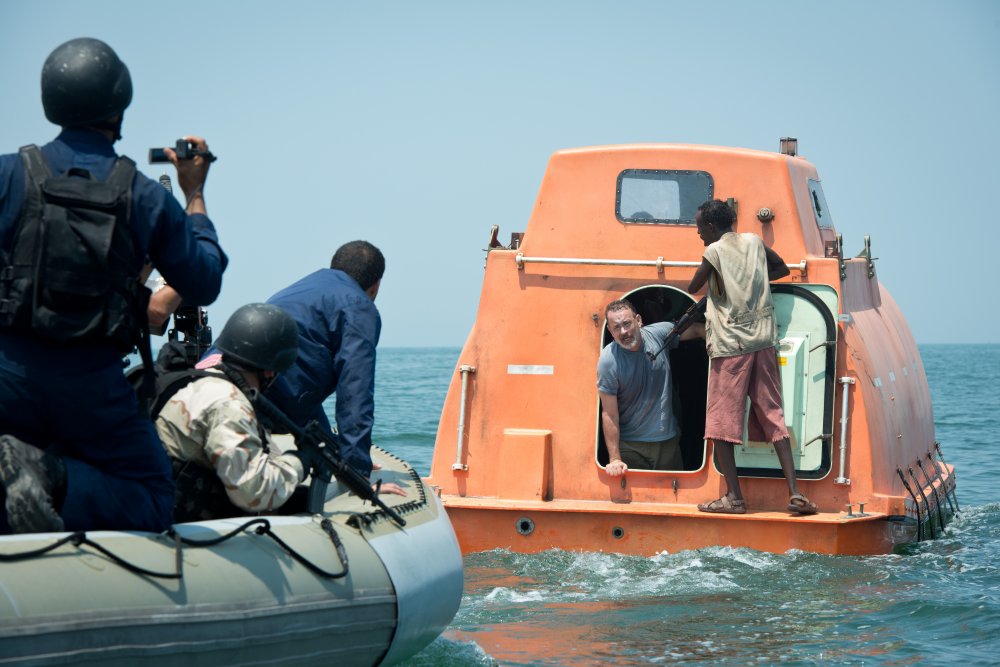 We are thrilled to be opening the BFI London Film Festival by welcoming Paul Greengrass – one of the great supporters of the BFI and British film – back to London for the European premiere of Captain Phillips. Our Festival audiences will be captivated by Greengrass’s virtuoso filmmaking; Captain Phillips is an intense, high-stakes drama, focusing on two men forced onto a collision course by global political forces much larger than themselves. Featuring spellbinding performances by Tom Hanks and four Somali-American actors (Barkhad Abdi, Faysal Ahmed, Barkhad Abdirahman and Mahat M. Ali), we are excited to be presenting this film as our Opening Night Gala.

The 57th BFI London Film Festival in partnership with American Express runs from Wednesday 9 October-Sunday 20 October. The full programme for the Festival will be announced on Wednesday 4 September.