BFI announces Vision Awards of up to £2.8m across 20 film companies with a vision for cultivating creative excellence and growing their businesses. Animation studios benefit for the first time – four companies supported to capitalise on opportunities from UK’s new tax relief for animation. 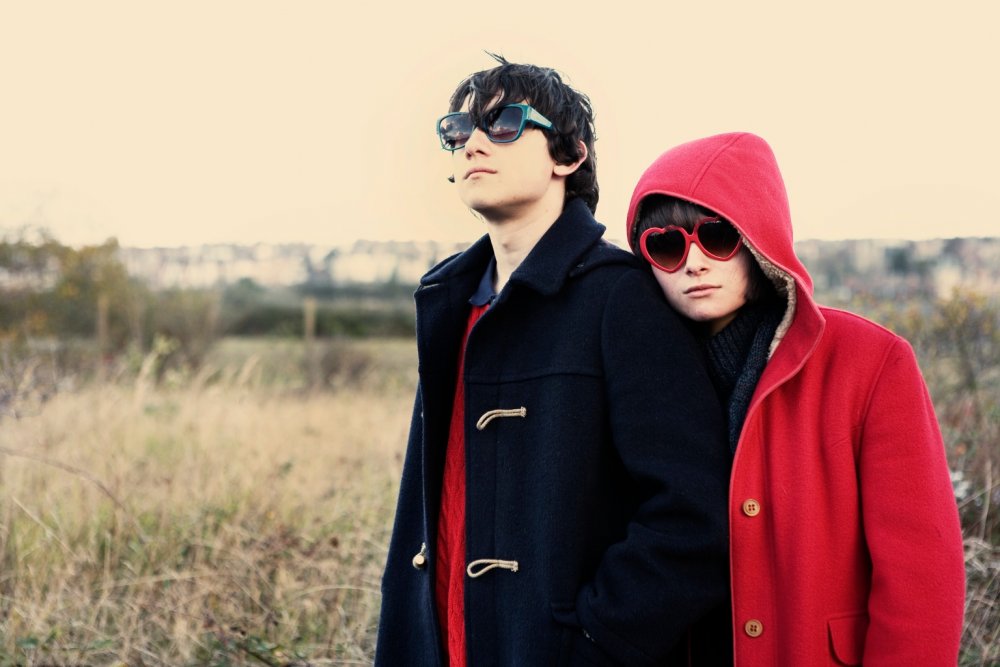 The BFI today announces the 20 UK film production companies selected from over 170 applicants to receive BFI Vision Awards 2013-15 (see below for full list). Designed to help grow strong and sustainable UK film businesses, each company will receive a Vision Award of up to £200k over two years, with the financial and creative autonomy they need to develop an exciting slate of film projects, grow their business and bolster their company profile nationally and internationally.

The successful companies each demonstrated a clear strategic vision for their future growth as well as a commitment to nurturing a diverse range of new voices and fresh ideas from across the UK, with a focus on creative excellence running through all the proposals. The open and competitive application process saw over 170 applicants shortlisted down to 34 who then undertook rigorous interviews with a panel of senior executives from the BFI before the 20 successful companies were chosen. Six, almost a third of those selected, are based outside London, eight feature women in leadership roles, and for the first time – and in acknowledgement of new opportunities afforded by the recently introduced UK tax credit for animation – animation studios were eligible to apply, with four selected from an impressive list.

Each of the companies selected had a strong vision for the future growth of their business and we feel they’re poised to build their profile nationally and internationally, many of them by capitalising on their filmmaker relationships and creative instincts, coupled with an entrepreneurial flair. We think it’s an exciting and eclectic mix, and I’m really pleased we could support UK animation studios for the first time. This sizeable investment in development will help to build the foundations of future growth and success for UK film.

Today’s announcement is wonderful news for the companies selected, and represents a tremendous investment in the next generation of UK filmmakers. Film already makes a significant contribution to our economy, and as a driver of growth it is important that the industry is sustainable – something these awards are aimed at helping to ensure.

The first Vision Awards were launched in 2008 and saw 15 companies benefit from awards of up to £75,000 per year for two years. The scheme enabled a number of companies to scale up their business and firmly establish their international reputation through the production of critically-acclaimed and commercially successful films including The King’s Speech (produced by See-Saw Films) and The Best Exotic Marigold Hotel (Blueprint Pictures), in turn helping to bolster the profile of UK film on the world stage. 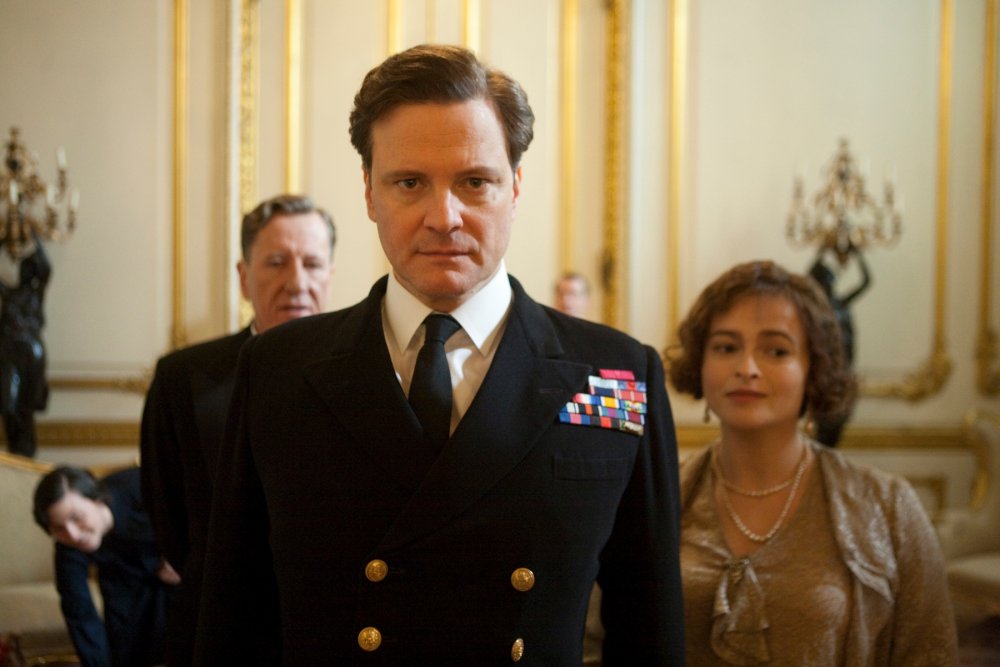 After receiving over 170 applications, conducting 34 interviews and seeing first hand the ambition and diverse range of compelling creative proposals from a number of emerging producers, the BFI’s selection panel decided a more impactful intervention would come from boosting a greater number of companies at the lower level. The BFI therefore pledged additional funding, making 12 awards of up to £50,000 per year, and thereby providing vital support for grassroots filmmaking activity from exciting emergent UK film businesses. In addition, eight awards have been made at the upper level of up to £100,000 per year.

The BFI Film Fund, the UK’s largest investor in film development, injects over £4m per year into the development of new British feature films. The Vision Awards, worth up to £2.8m over the two years 2013-15, provide additional business development support designed to help to tackle the challenge faced by many production companies, which struggle to find the financial resources necessary to maintain momentum on development activity across a full slate of projects.

By equipping these 20 production companies with the financial and creative autonomy required to build an effective slate of projects – often a lengthy process involving a high degree of financial risk – they can deliver a steady stream of quality projects into the marketplace, thereby helping them continue to grow into effective and sustainable businesses. 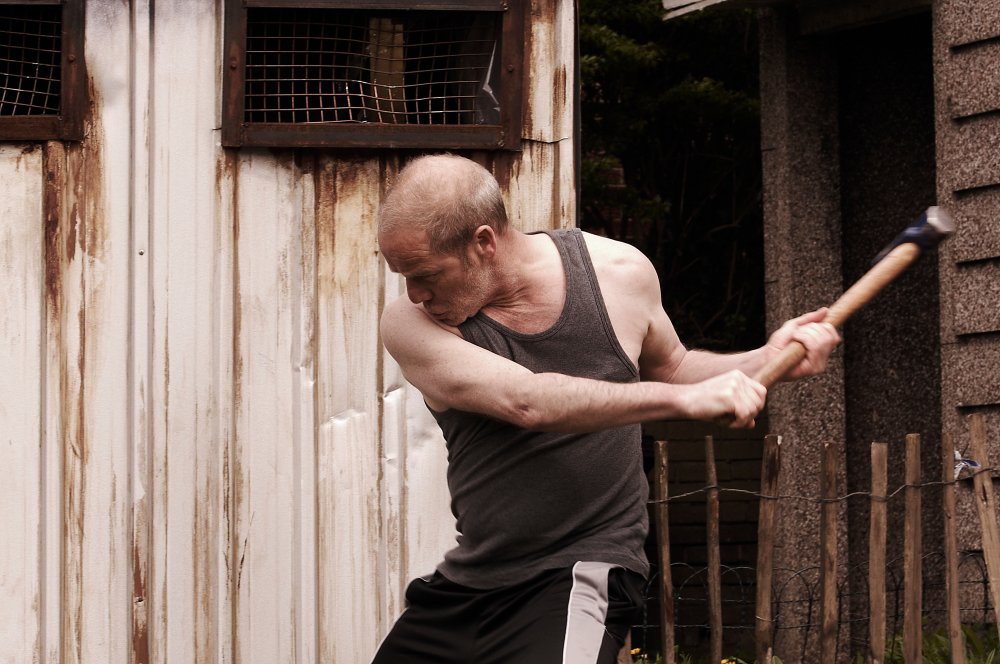 Cowboy Films
Charles Steel, Alasdair Flind
Credits include: The Last King of Scotland, Fire in Babylon, Marley. Upcoming: How I Live Now.
Across its narrative features, feature documentaries, and TV drama, Cowboy have impressed with a track record of introducing and working with filmmakers and writers of outstanding quality.

Independent
Luc Roeg, Andrew Orr
Credits include: We Need to Talk about Kevin, Moon
By successfully straddling production, international sales, and UK distribution, Independent can expertly strategise and oversee a film’s journey through production, international festival selection and eventual release into the marketplace. With a strong commitment to new and emerging UK talent, Independent provide a unique and important offer for the UK market.

Lupus Films (animation)
Ruth Fielding, Camilla Deakin
Credits include: The Snowman and the Snowdog Channel 4. Upcoming: Raymond Brigg’s Ethel & Ernest (feature).
Lupus intends to apply their first-class artistry to recognisable and well-loved properties (such as Raymond Briggs), to spearhead a revival of 2D animation in the UK and establish themselves as a formidable, and uniquely, British animation film company.

Passion Pictures and Red Box Films (documentary)
John Battsek and Andrew Ruhemann – Passion Pictures
Simon Chinn – Red Box Films
Combined credits include BAFTA and Oscar-winning and nominated: One Day in September (Passion), Man on Wire (Red Box), Project Nim, The Imposter, Searching for Sugar Man.
Working in partnership Red Box Films and Passion Pictures have impressed with their instincts for documentary features which are both critically and commercially successful. The companies are poised for growth into narrative and animated features.

Warp Films
Mark Herbert, Robin Gutch
Credits include: Four Lions, Submarine, This Is England. Upcoming: Yann Demange’s ’71 and Paul Wright’s For Those in Peril soon to have has its world premiere at Cannes
A previous Vision Award recipient, and having recently celebrated 10 years of distinctive British storytelling, Sheffield and London-based Warp has continued to demonstrate ambition and a capacity for growth. The panel was excited by Warp’s intention to expand into higher budget films and original cinematic comedies.

Wildgaze Films
Finola Dwyer, Amanda Posey
Credits include: Quartet, An Education. Upcoming: Pascal Chaumeil’s A Long Way Down based on Nick Hornby’s best-selling novel
With little previous Lottery investment, Wildgaze have proven themselves able to raise significant budgets for their brand of quality, and commercially-successful, features. Dustin Hoffman’s directorial debut Quartet has so far grossed over £8m in the UK, and close to $55m globally.

Blue-Zoo Animation (animation)
Oli Hyatt, Tom Box, Adam Shaw
BAFTA-winning Blue-Zoo have produced quality animation for SKY, BBC, Nickelodeon, Freemantle, Cartoon Network and Disney. They communicated many of the issues facing the UK animation sector and the panel felt that this level of support, and an ongoing relationship with the BFI Film Fund, would help the company to deliver its sustainable, profitable and international model for producing Animated Films in the UK.

Fly Film
Kate Ogborn, Lisa-Marie Russo
Credits include: The Spirit of ’45, Swandown, Self Made, The Deep Blue Sea.
Fly have delivered an impressive range of projects spanning documentary, artist’s film, and auteur work and have been a nurturing environment for more challenging material. They have the appetite, experience and people skills to effectively develop and support a cross section of creative talent.

Forward Films
Kate Myers and Tracy Brimm
Credits include: Grabbers, Skeletons
Forward impressed as a two-woman company with ambitions to redefine British film, re-shape genre and nurture new and emerging UK filmmakers and voices, always with a strong focus on their path to market.

JW Films
James Wilson
Credits include: Attack The Block, The Pervert’s Guide To Ideology. Upcoming: Under The Skin
JW Films excited the panel with a passion for film and a philosophy that artistic quality and innovation makes for good business; that groundbreaking filmmaking will further the UK’s internationally recognised film culture; and that great cinema leads the audience and is not led by it.

Origin Pictures
David Thompson
Credits include: The Awakening. Upcoming: Mandela and X+Y
A previous Vision Award recipient, Origin demonstrated a commitment to discovering and supporting new and original talent. The panel were particularly excited by Origin’s plans for a writers’ room for emerging and diverse writing talent, to help generate ideas and offer opportunities to benefit from mentoring at Origin.

Rainy Day
Rebekah Gilbertson, Nicole Carmen-Davis
Credits include: The Edge of Love. Upcoming: Panda Eyes, Miss Shirley Bassey
An entrepreneurial female team with considerable success to date in securing private finance from a range of sources to support their projects. Rainy Day have strong ties to Wales with most of their films shot in or featuring strong Welsh elements, and also a strong development focus on films for children and teens, with several projects aimed at this market currently on their slate.

Rook Films
Andy Starke, Ben Wheatley and Amy Jump
Credits include: Kill List, Sightseers. Upcoming: A Field In England
In its relatively short life, Bridport-based Rook has made a number of original, smart, inventive – and beautifully British – features which have attracted significant attention at international festivals, and established Ben Wheatley as one of the UK’s foremost talents. Now Rook are expanding to develop and produce features with other significant new filmmakers, including Peter Strickland.

Stray Bear Films
Ivana Mackinnon
Credits include: The Scouting Book For Boys, The Descent 2
A young producer with vision and aptitude, Ivana Mackinnon has set her sights on a gap in the market for films that are ‘commercial with a twist’ and is looking especially for strong female elements: well-drawn female characters; female genre movies; and movies that allow a strong female directorial voice. Having spent time as Film4’s Diversity Development Producer, Mackinnon also has experience in finding exciting and surprising voices and perspectives.