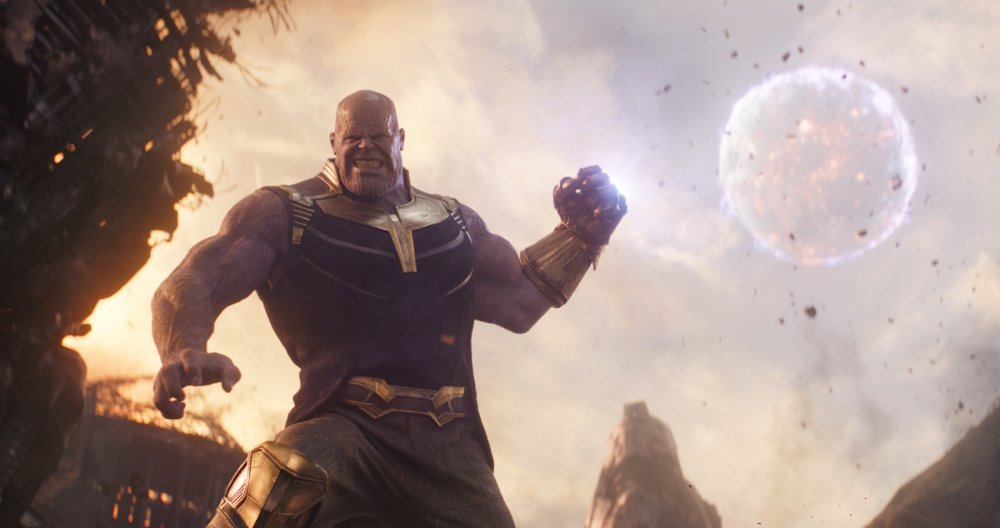 Official figures published today by the BFI’s Research and Statistics Unit reveal continued growth with the highest level of cinema admissions since 1970, a growth in the box office market share achieved by independent UK films and continued high levels of production investment across high-end television and film, reinforcing the UK’s global reputation as a world leading centre for film and TV production.

A combination of blockbuster films led by Avengers: Infinity War followed by Mamma Mia! Here We Go Again – the top two grossers of the year – and independent UK films such as Darkest Hour and Johnny English Strikes Again drove a strong year at the UK and Republic of Ireland box office. Collectively, films released in 2018 attracted 177 million admissions, representing a 3.7% increase on the previous year, and a box office value of £1.387 billion. The appetite of UK audiences for cinema is further demonstrated by the UK’s growth in admissions which counters decreasing results elsewhere around the world and is particularly notable in a FIFA World Cup year.

The market share of independent UK films at the box office in 2018 was 11.7%, an increase from 9.5% in 2017 and at the third highest point in a decade. When UK-made, studio-backed films are added to the picture, eg Mamma Mia! Here We go Again, Bohemian Rhapsody, Mary Poppins Returns, Fantastic Beasts: The Crimes of Grindelwald, the full UK market share increases to 44.8%, the highest since records began. 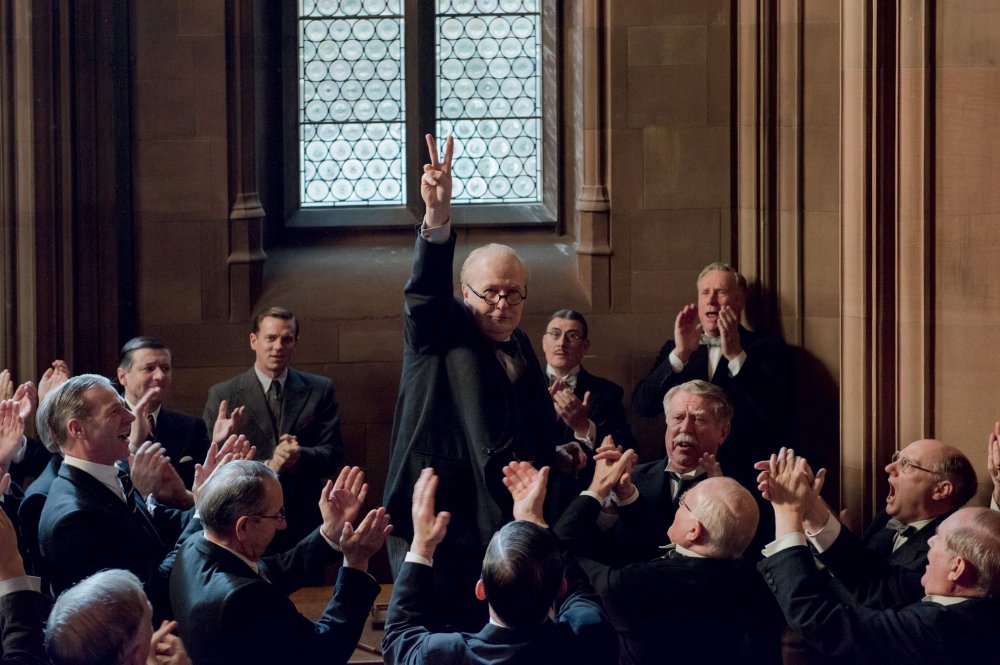 The surge in new high-end television productions made in 2018 which achieved a record year on spend included The Crown, The ABC Murders, Black Mirror, Call The Midwife, Catherine The Great, Death & Nightingales, The Durrells, His Dark Materials, Luther, The Little Drummer Girl Les Misérables, Pennyworth, The Rook, The Spanish Princess, The Trial of Christine Keeler, Torville & Dean, The War of the Worlds and The Witcher.

Margot James, Digital and Creative Industries Minister, said: “These statistics confirm yet again that the UK is truly a global powerhouse for the screen industries, with a strong showing from our independent film sector. Billions of pounds are spent every year on film and high-end TV in the UK, and we will continue to back the sector to further strengthen this success story.”

Amanda Nevill CBE, CEO of the BFI, said: “In a time of seismic change, today’s figures prove that film and television are thriving, a vital creative industry that is outstripping other sectors. With spend for film and high-end television production at almost £3.1 billion, we remain one of the most in demand places in the world to create moving image content. The benefits are being felt UK-wide with production expanding in the nations and regions, boosting the economy, building skills, creating jobs and giving opportunities for people of all backgrounds to join our industry. Film is a global business and our creativity and talent remain one of the UK’s most potent exports as we navigate new relationships internationally. Audiences are increasingly watching film and television on a variety of platforms and at the same time are going to the cinema more than ever. Such a healthy market share for independent UK films suggests that audiences’ appreciation for home grown stories, as well as big global blockbusters, is on the rise.”

Adrian Wootton OBE, Chief Executive of the British Film Commission and Film London, said: “It is hugely rewarding to see today’s figures reflecting the UK’s flourishing screen sectors. Film and high-end TV are big business and year after year we are privileged to welcome inward investment productions to every region and nation of the UK, drawn here by our global reputation as a leading centre for world-class talent, facilities and technical expertise. This demand, and our collective success in consistently delivering at the highest level, ensures we are able to continue driving economic growth and job creation, which in turn provides training opportunities for talent from every background. Such is the volume of incoming projects, throughout 2018 we saw significant increases in the value of film and HETV based in the UK the previous year – increases of 10% and 18% respectively — so we look forward to revisiting 2018’s inward investment figures later in the year.”

The year saw 202 feature films go into production with an interim total spend of £1.924 billion, the second highest recorded level of production spend on record. This interim spend figure is an 11% decrease on 2017’s record consolidated spend in 2017 of £2.153 billion, however the two annual spend figures are not like-for-like. At this point last year, the interim production spend reported across all categories of film productions was £1.91 billion (later consolidated at £2.13 billion), thus the 2018 spend indicates a level of consistency in spend. Consolidated spend figures for 2018 will be published later this year.

The commercial and cultural strength of the UK’s production sector is grounded in international confidence in the excellence of UK crews, the quality of the UK’s state-of-the-art studios and facilities, our film-friendly locations, the expertise provided by the British Film Commission which is funded to deliver on inward investment and the attractive fiscal environment created by the Government’s screen sector tax reliefs. This winning combination continues to cement the UK’s reputation as the global destination of choice for film and TV production as well as making exportable films and television programmes.

2018 saw £1.60 billion being spent by 51 major inward investment films basing themselves in the UK, in comparison to the interim spend reported this time last year of £1.69 billion. 2017’s spend was finally consolidated at £1.868 billion, therefore 2018’s final figures can be anticipated to follow similarly.

2018 has seen a further boost in high-end television productions made in the UK with an interim spend of £1.173 billion across 119 productions, an increase of 4% on 2017’s consolidated spend of £1.13 billion and also the highest level of spend since the introduction of tax relief.

Of the 119 high-end TV titles, 55 were domestic UK productions with a spend of £378.0 million, a 19% increase from the consolidated spend of £319 million in 2017. Domestic UK high-end TV titles include Luther, Tin Star, The War of the Worlds, The ABC Murders, Call The Midwife, The Cry, Ghosts, Derry Girls, Torville & Dean, Death and Nightingales, Clique, Gold Digger and The Trial of Christine Keeler.

The 64 inward investment and co-production high-end TV productions delivered an interim spend of £794.5 million which is the second highest level since reporting began. Although the 2018 interim spend is a decrease of 2% on 2017’s consolidated spend of £810.7 million, at this point last year the interim spend was £684.0 million across 49 productions. High-end international TV productions made in the UK last year include The Crown, Krypton, The Rook, The Spanish Princess, His Dark Materials, Pennyworth, Four Weddings and a Funeral. High-end TV productions due to go into production this year include The War of the Worlds, Dracula, Alex Rider and Outlander, which has been based in Scotland since 2013, has been recommissioned for a further two seasons.

At the time of reporting, 20 television animation programmes went into production in the UK in 2018 with a spend of £39.6 million. Of these, 15 were domestic UK productions and 5 inward investment or co-productions. However, there is a significant time-lag with animation data with the interim 2017 spend of £54.1 million across 21 productions rising to £70.7 million spend across 46 productions later in the year. 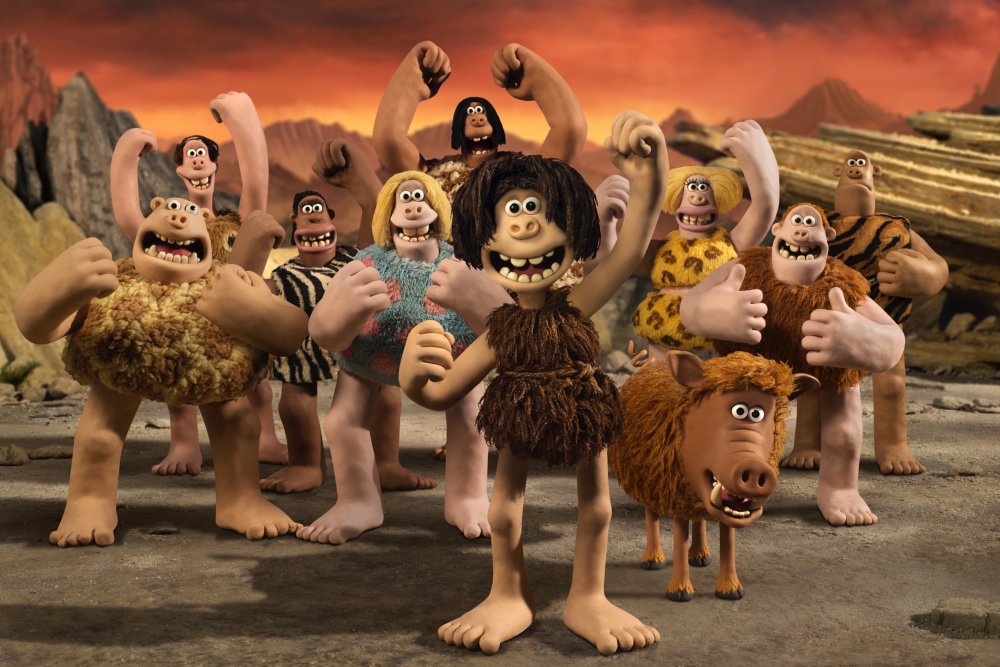 The market share of independent UK films at the box office in 2018 was 11.7%, an increase from 9.5% in 2017 and at the third highest point in a decade. When UK-made, studio-backed films are added to the picture, eg Mamma Mia! Here We go Again, Bohemian Rhapsody, Mary Poppins Returns, Fantastic Beasts: The Crimes of Grindelwald, the full UK market share increases to 44.8%, the highest since records began.

Darkest Hour was the leading independent UK independent released in 2018 with £24.1 million at the box office followed by Johnny English Strikes Again (£17.7 million), Three billboards Outside Ebbing Missouri (£15.3 million) and Early Man (£11.2 million). The top 20 films illustrate the continued range of independent UK films which achieved success at the box office with different genres and filmmaker voices, with stories rooted in important historical events such as Darkest Hour and Peterloo; cinematically visionary films such as Widows and Phantom Thread; stories originating from literary work such as the Guernsey Literary and Potato Pie Peel Society and The Children Act; British comedy with Johnny English Strikes Back; animation with Early Man and Isle of Dogs; and contemporary British stories that struck a chord with audiences such as King of Thieves.