Katharine Hepburn’s most famous films, including Bringing Up Baby and The African Queen, will be seen on the big screen next year as part of our season dedicated to the silver screen legend.

BFI Southbank today announces a season dedicated to one of Hollywood’s most iconic actresses, Katharine Hepburn. Taking place from 1 February – 19 March 2015, this season will feature 24 of her most famous films, including Bringing Up Baby (1938), The African Queen (1951), The Lion in Winter (1968), On Golden Pond (1981) and an extended run of The Philadelphia Story (1940), rereleased by the BFI in selected cinemas across the UK from 13 February.

Hepburn worked with some of the greatest leading men and the most successful directors of the golden era of Hollywood, including Spencer Tracy, Cary Grant and Howard Hawks, and won four Oscars for acting, a record which is yet to be bettered. She was brilliantly versatile and could handle serious drama or the lightest of comedies with a rare grace and charm, but she was best at portraying a new kind of fiercely independent woman.

Raised in Connecticut by wealthy, progressive parents, Hepburn began to act at college and her early years in the industry were successful and saw her win her first Oscar for her third film Morning Glory (1933). However, this period was followed by a series of commercial failures such as Sylvia Scarlett (1935), Stage Door (1937) and one of her finest films, Howard Hawks’ Bringing Up Baby (1938) opposite Cary Grant, with whom she would star in four films. Along with her reputed bossy demeanour and unfeminine image, these film failures led her to be labelled as box office poison. However, this unpopularity also ensured a degree of control over her career that saw her snatch back success on her own terms, and left a string of incomparably assured, complex and winning performances. She was also an undisputed fashion icon, whose trademark trousers, tailored shirts and trench coats were, at the time, completely revolutionary. 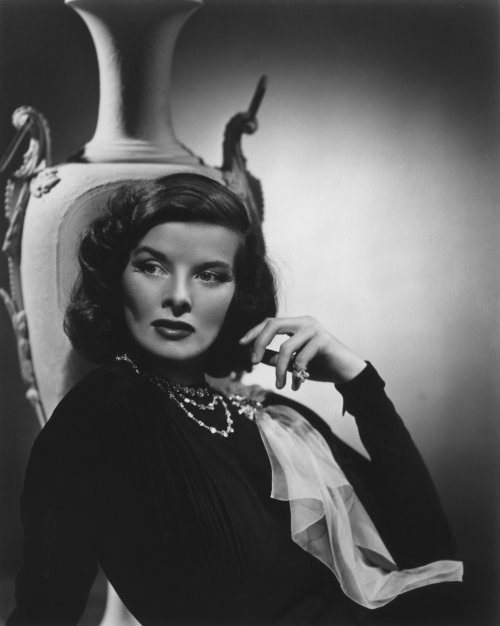 Hepburn’s return to box-office success came in 1940 with The Philadelphia Story. The film was based on a stage play by Philip Barry, the leading role of which was specially written for Hepburn for the Broadway production. It was during her Broadway stint that Hepburn wisely acquired the movie rights which she sold to MGM in a deal that guaranteed her the lead role and the choice of director and co-stars. Hepburn scored a huge success in this role which set her back on course to becoming one of the most popular female stars in Hollywood history.

In the 1940s Hepburn was contracted to MGM, where her career focused on an alliance with Spencer Tracy. The screen partnership spanned 25 years, produced nine films and led to a 25 year affair, which Hollywood has long been captivated by. Eight of the films they made together will screen during the season, including State of the Union (1948), Adam’s Rib (1949) and Guess Who’s Coming to Dinner (1967), for which she won her second Oscar. In the latter part of her career Hepburn regularly appeared on stage and found a niche playing middle-aged spinsters, such as in The African Queen (1951), while her third and fourth Oscars came for The Lion in Winter (1968) and On Golden Pond (1981).

This dynamic talent blazed a trail for Hollywood women and gave us a delightful screen legacy. Without Katharine Hepburn, it’s likely classical Hollywood would have seen far fewer autonomous, intelligent, self determining female characters. Hepburn fought for her roles to mean something, and would no more play the shrinking violet on screen than she could in life. Whether as a confounding screwball minx in George Cukor’s deathless comedies, a hot-tempered foil to her real-life love Spencer Tracy in their warm and witty battle-of-the-sexes stand-offs, or as a wise, spirited matriarch in her rich run of later performances, Hepburn remains a uniquely challenging and lively screen presence.