New and existing touring cinema operators can now apply to a new BFI fund worth £2m over four years, which aims to bring cinema experiences and more specialised and independent British films to communities across the UK.

The BFI has launched the first phase of its BFI Neighbourhood Cinema programme, worth up to £2m over the next four years (2013-17). Aimed at supporting the many communities in the UK who are unable to enjoy a cinema experience due to geographic, social, or economic circumstances, the BFI Neighbourhood Fund will boost audience choice and bring new film experiences to UK communities, no matter where they live.

There are already many touring cinema operators across the UK taking films (and the equipment to show them) into community venues. For phase one, which runs from February 2014 to January 2015, the BFI has allocated up to £300,000 to support these operators through the BFI Neighbourhood Cinema Fund. This will support new and existing touring cinema operators to bring community cinema activity, including film screenings and events, training for staff and volunteers and the licensing of films for exhibition, to areas without easy access to cinemas.

We want to encourage people to build a lifelong relationship with film, to boost audiences for a diverse range of films and ensure that film culture can be accessed and enjoyed by everyone, regardless of where they live. Building on the valuable work of the community cinema sector and organisations including the British Federation of Film Societies, the launch of BFI Neighbourhood Cinema marks an exciting stage in the roll out of Film Forever further helping  communities across the length and breadth of the UK to enjoy the richness of the cinematic experience.

BFI Neighbourhood Cinema forms a key part of the BFI’s pioneering UK Audience Fund, which brings a varied range of partners together to bring diverse and engaging film experiences to as many people as possible. As set out in its Film Forever five year plan, the BFI aims to increase the size, diversity and geographic spread of audiences viewing specialised and independent British films and BFI Neighbourhood Cinema will be important to achieving this goal. 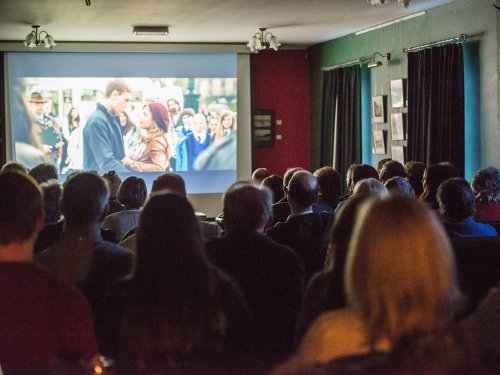 Film Societies and community cinemas are a crucial and often thriving part of the UK’s film exhibition landscape, playing a key role in bringing a wide variety of films to audiences. The stability and growth of the sector depends on effective access to finance, expertise and equipment, as well as the access to a diverse selection of films in a timely and cost-efficient way.

Through BFI Neighbourhood Cinema, the BFI hopes to ensure that every person in the UK has access to a wide range of film no matter what their location or background. By funding touring cinemas to go into new or existing areas which may find it difficult to access British and specialised film, the BFI aims to stimulate regular and diverse film watching activity in community venues which, through the support of the touring cinema operators and the BFI Neighbourhood Cinema online platform, will then become more self-sustaining.

As described in Film Forever, the BFI aims to encourage people to build a lifelong relationship with film, to help build audiences for a broader range of films across all platforms and ensure that film culture can be accessed and enjoyed by everyone across the UK. The BFI Audience Fund is a significant investment of £22 million over four years to boost audience choice across the UK.  The four elements of this are: the BFI Film Audience Network (FAN), the Programming Development Fund, the Film Festival Fund, and this, BFI Neighbourhood Cinema.

The BFI Neighbourhood Cinema ‘Equipment’ Fund will provide funding for community cinemas which have been running for six months or more to purchase new and upgraded equipment. The Equipment Fund is anticipated to launch in Spring 2014.

FI Neighbourhood Cinema will be supported and underpinned by an online platform which the BFI will launch in March 2014. This will be a ‘one stop shop’ for all things community cinema. For example, it will include:-

Find out more and download application guidelines and forms.