The 60th BFI London Film Festival will run 5-16 October 2016 and is launching a major new initiative to support British filmmakers with an annual £50k bursary award. 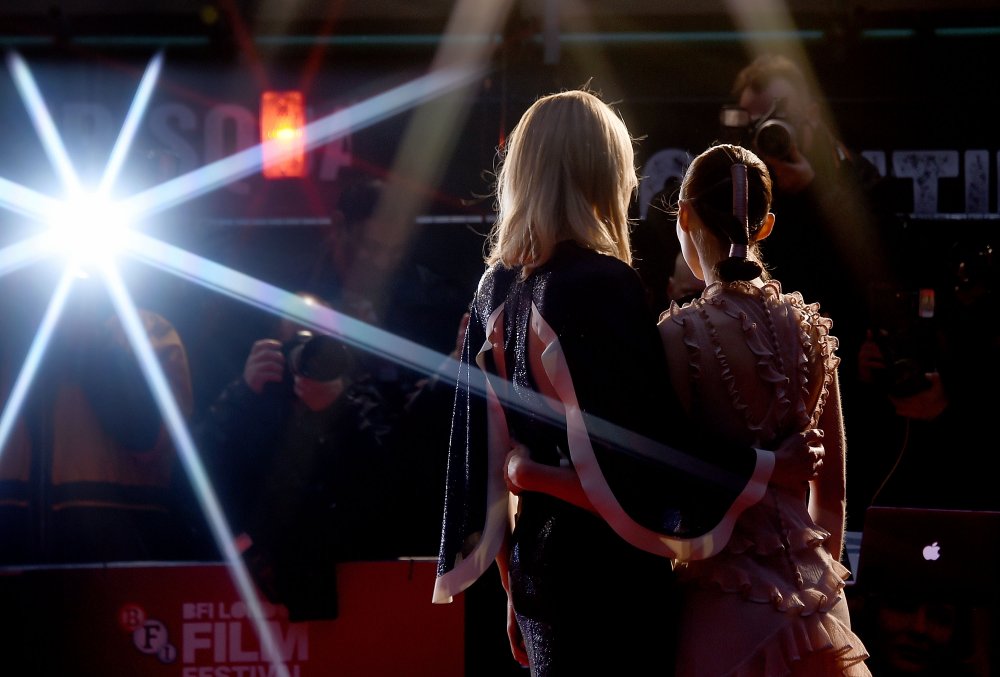 In an exciting development for UK film, the 60th edition of the LFF will also see the launch, with the BFI and LFF’s official Time Partner IWC Schaffhausen, of a significant new bursary award to support exceptional new and emerging UK filmmakers. The IWC Schaffhausen Filmmakers Bursary Award in association with the BFI is a £50,000 award to benefit an outstanding British writer, director, or writer/director whose first or second fiction feature film premieres at the BFI London Film Festival.

The IWC Schaffhausen Filmmakers Bursary Award in association with the BFI will be awarded annually, forming a key part of the LFF’s commitment to UK film and those who drive its creative success and demonstrating the steadfast support of IWC Schaffhausen for British filmmaking.

The bursary award is designed to give the UK’s brightest and best up-and-coming filmmakers the gift of time – a crucial element in the creative process. The recipient of the award will receive £50,000 from IWC Schaffhausen at a glittering dinner on the 4th October, the evening before the LFF’s Opening Night. The award is given with no strings and no deliverables. Instead, it is designed to provide the chosen filmmaker with the freedom to develop – both themselves and their projects – ensuring their future success.
Writers, directors, and writer/directors who identify themselves as British and have a first or second fiction feature film premiering in Official Selection at the BFI London Film Festival will be eligible for the IWC Schaffhausen Filmmaker Bursary Award in association with the BFI. Eligible filmmakers will need to submit a 150 word biography, a filmography, a précis of the projects they are developing and a statement setting out how they would use the bursary award to help their future development in film.

All submissions will be assessed by a Shortlisting Panel that will include BFI London Film Festival Director, Clare Stewart, Director of the BFI Lottery Film Fund, Ben Roberts, and a further four senior executives representing the UK film industry, from development and production through to distribution and exhibition. The Shortlisting Panel will put forward three filmmakers for consideration, with the Decision Making Board – which will include BFI CEO, Amanda Nevill, IWC Schaffhausen CEO Georges Kern and a key representative of the UK film industry to be announced later in 2016 – deciding which filmmaker will benefit from this extraordinary opportunity.

“So much of what we do is made possible through great partnerships. The BFI London Film Festival is no different – without the support of our long-standing, Principal Partner, American Express®, and of course the fantastic filmmaking teams who trust us to showcase their remarkable work, the festival would not be possible. I am really excited about this brand new initiative in partnership with IWC Schaffhausen as it goes to the very heart of the BFI’s determination to find and support tomorrow’s filmmakers.”

“Film is a temporal medium and we are thrilled that IWC Schaffhausen’s support will give outstanding filmmakers the time they need to develop great new work. This bursary is significant and meaningful for the British industry and amplifies the impact of both the BFI London Film Festival and the BFI Film Fund in supporting and profiling new British talent.”

“We are delighted to offer our support to British filmmaking with the introduction of this bursary award. It is important to recognise the impact of rising talent within the film industry and offer emerging filmmakers the freedom and time to develop projects, thereby ensuring a successful future.”

Films entered through open submissions are eligible for Official Competition, Documentary Competition, First Feature Competition and Short Film Competition provided they meet the other criteria for these sections and with priority given to European and World Premieres. British-based first or second time directors or writers of fiction feature films which are otherwise eligible and which are entered through open submissions will have the opportunity to formally submit an application for the IWC Schaffhausen Filmmaker Bursary Award after the film is invited to the Festival.

The 2015 BFI London Film Festival opened with the European premiere of Sarah Gavron’s agenda-setting Suffragette, which kicked off a festival focusing on and celebrating strong women, including a keynote address from campaigner Geena Davis as part of the Global Symposium on Gender in Media, hosted by the LFF in collaboration with the Geena Davis Institute on Gender in Media and Women in Film and Television (WFTV). The festival closed with the European Premiere of Danny Boyle’s Steve Jobs, and saw 164,000 attendances across 568 screenings in 16 London venues and Opening and Closing night cinecasts to 45 venues across the UK.