The annual Festival, which kicked off today and continues throughout the weekend, recognises upcoming filmmaking talent across 10 awards categories. 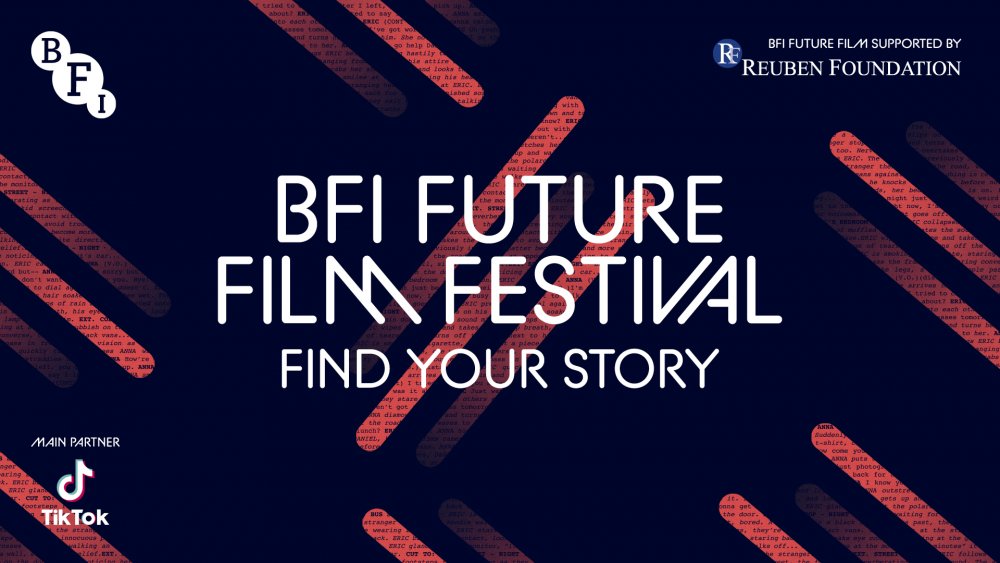 The winners of the BFI Future Film Festival Awards were announced this evening at a ceremony at BFI Southbank, hosted by BBC Radio 1’s Ali Plumb. The annual Festival, which kicked off today and continues throughout the weekend, recognises upcoming filmmaking talent across 10 awards categories. Three of this year’s films have been selected by the Festival’s first ever jury who deliberated on Best Short Film for two age categories, 16-18 and 19-25, as well as the Future Film Lab Award. Director Sarah Gavron (Rocks) chaired the jury, sitting alongside Ncuti Gatwa (Sex Education), Aki Omoshaybi (Real), Annabel Jones (Black Mirror) and Jess Loveland, Head of BFI NETWORK.

The jury selected Miha Verdonik’s Home on the Road, a documentary which follows a thirteen-year-old girl who has to leave her home to join a travelling funfair.

Sarah Gavron, Jury Chair said: “Home on the Road is a frank and open documentary exploring the age old story of running away to join a funfair. Miha Verdonik’s film is a complex piece, creating a complete world in just six minutes, which draws you in and leaves you wanting more.”

This category recognises the Best Short Film made by a UK-based filmmaker aged 16 – 18, awarding the winner £1,000. The award is supported by the Chapman Charitable Trust.

Amber Little’s All the King’s Men follows Europe’s best Elvis Presley tribute artists as they compete for the title of European Champion over one weekend in Birmingham.

Sarah Gavron, Jury Chair said: “All the King’s Men is bursting with visual richness and energy and is a charming film. Amber Little has delivered a striking debut which delves into the little known world of the European Elvis tribute act championship. The film is a documentary which skilfully explored the differing journeys of each competitor.”

This £1,000 award recognises the Best Short Film made by a UK-based filmmaker aged 19 – 25 at the time of making the film. The award is supported by the Chapman Charitable Trust.

This award recognises raw talent and potential, a filmmaker who can demonstrate creativity and passion with an eye for film. The award is supported by LaCie and the prize is £5,000 towards the budget of a new film, alongside a year of mentoring and access to camera kit and technical support.

The winning film, Virginia, by Francesco Puppini, tells the story of a psychic whose old memory of a fire haunts her.

Sarah Gavron, Jury Chair said, “Francesco Puppini demonstrates an ambitious cinematic vision in Virginia and the result is a very accomplished film which shows huge technical skill.  Throughout the film you see exquisite poetic imagery with a very cohesive tone and a distinctive feel. Virginia is precisely executed and Francesco has artfully pulled off a difficult concept.”

In addition to the three awards judged by the jury, the following competition categories have been judged by BFI and industry experts.

Judged by BFI National Archive’s Curator of Animation Jez Stewart, Duo was inspired by the works of film noir and German expressionism and exhibits the split personality of the character through abstract visual work. Simona Mehandzhieva receives £750 prize money.

Sheffield Doc/Fest Film Programmer Mita Suri has selected Motherland for best documentary receiving £750 prize money. The film is a personal documentary told through film and still images, exploring the way in which culture has a fundamental influence within the African Diaspora in London.

Sight & Sound’s Editor-in-Chief Mike Williams selects Ben Hector as Best Writer for his short Old Friends, a story of two old friends who discover they have less in common than they thought. Hector receives £750 prize money.

BFI NETWORK’s Caragh Davison has selected Charlotte Regan as Best Director, a category sponsored by TikTok, for her short Paired Up and she receives £750 prize money.

Timothy Blake, London School of English, has selected Cancel as the Best International Short awarding £1,000 to Sebastian Micci who currently studies film at the Valand Academy of Film in Gothenburg. In addition Blake awarded One Frame Per Raid Siren, for which Khaled Moeit receives £750.

The Reuben Foundation also return as the lead supporter of BFI FUTURE FILM. The Foundation’s gratefully received charitable contribution brings significant support to the BFI’s year-round film education programmes, of which the BFI Future Film Festival is a centrepiece.

We are delighted to announce TikTok – the leading destination for short-form mobile video – as this year’s main partner. We welcome back LaCie for the third year of partnership, presenting one lucky winner with the Future Film Lab Award and supporting our monthly Future Lab events.

The annual Festival returns to BFI Southbank from 20-23 February 2020, across the four days there is a rich programme of events, masterclasses, workshops and screenings, which all offer a range of perspectives and voices from across the industry.