Key speakers will include Tomer Heymann, Pratibha Parmar, Kristiene Clarke and Savannah Knoop, with Terence Stamp to attend for 25th anniversary screening of The Adventures of Priscilla Queen of the Desert. 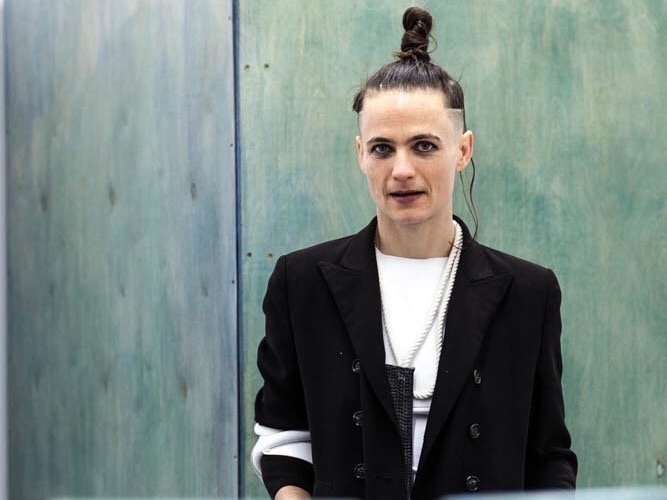 The Industry Programme will include events covering topics such as representation of queer youth in film today, the sensitivities and politics of telling ‘true’ queer stories and crowdfunding as a popular method of financing LGBTQ+ films. In addition, Savannah Knoop, co-screenwriter and subject of BFI Flare’s Closing Night film JT LeRoy, will conduct a reading from the new edition of their memoir Girl, Boy, Girl upon which the film was based at special event that will also be available for public booking.

BFI Flare will also host The Makers, a series of one-to-one interviews with individuals who have made a major contribution to LGBTQ+ film and television throughout their career. This series returns in 2019 with award-winning documentary filmmaker Tomer Heymann (Jonathan Agassi Saved My Life, Who’s Gonna Love Me Now?), activist and filmmaker, Pratibha Parmar (Alice Walker: Beauty in Truth, Warrior Marks) and director and producer Kristiene Clarke (Give Stigma The Index Finger, The Truth About Gay Sex, Sex Change: Shock! Horror! Probe!).

A full list of the Industry Programme events are as follows:

Events are open to all delegates of the Festival only, unless otherwise specified

Friday 22 March: Finding the Words, with BFI NETWORK
BFI Flare Delegates Centre 13.30 – 14.30
The ‘coming out’ story may be a staple of LGBTQ+ filmmaking, but it’s also constantly being reinvented. We’re seeing new filmmakers reframe, subvert and reimagine the notion of coming out onscreen. Our panel of filmmakers join BFI NETWORK to discuss their various approaches to the subject, the importance of intersectional & non-binary identities in their work and finding your voice as a new filmmaker.

BFI NETWORK exists to discover and support talented writers, directors and producers at the start of their careers. We collaborate with film organisations and leading cultural venues across the UK to offer a range of funding and professional development opportunities.

Monday 25 March: Producing with Purpose
BFI Flare Delegates Centre 13.30 – 14.30
The role of the producer is often a mystery to those outside the film industry, and even to those in the know, producers are often viewed merely as facilitators. In this masterclass, our panel of producers will explore the role of the producer as a creative, and examine how producers who are committed to telling a range of LGBTQ+ stories can achieve success with a slate of filmmakers.

Speakers include:
Sorcha Bacon (Sparrow, Wren Boys, Sunday Morning Coming Down, Nightstand)
Stuart Condy (My Loneliness is Killing Me, None of the Above, Where We Are Now, Take Your Partners)
Cecilia Fruguiele (Appropriate Behaviour, The Miseducation of Cameron Post, Rufus Stone)

Tuesday 26 March: Standing out from the Crowd(fund)
BFI Flare Delegates Centre 13.30 – 14.30
Crowdfunding is becoming an increasingly popular method of funding LGBTQ+ films. Whether seeking full, partial or completion funding, many filmmakers are turning to platforms like Kickstarter and Indiegogo as a way to connect with audiences and fund ambitious projects. But with so many campaigns launching every week, how can filmmakers develop a plan that will help their project rise to the top? Join our panel of filmmakers who have successfully crowdfunded work in this year’s Festival to learn the dos, the don’ts, and how to stand out from the crowd.

Wednesday 27 March: Young Adult: Queer Teens on Screen, with Forever Young Film Club
BFI Flare Delegates Centre 13.30 – 14.30
Stories for and about young LGBTQ+ people have become increasingly popular in recent years. However audiences and the film industry haven’t always loved Simon. In Young Adult, our panel will explore the good, bad and ugly of queer youth representation, the progress that is currently taking place, and how much further we still have to go.

This panel will be hosted by Forever Young Film Club, a programming collective dedicated to celebrating and reappraising coming of age and teen films.

Thursday 28 March: In Search of the Truth: Filming Queer Biographies, with Directors UK
BFI Flare Delegates Centre 13.30 – 14.30
From Boys Don’t Cry to Bohemian Rhapsody, Milk to Monster, films about real-life LGBTQ+ people are a tried and tested hit with audiences. But while we may find figures whose lived experiences jump ready-made for screen from the pages of history, bringing their stories to life can be a complex process. This panel seeks to examine the intricacies of telling ‘true’ queer stories, from the legalities of who owns a person’s history, to the ethical dilemma of applying contemporary understandings of gender and sexuality to historical figures.

Friday 29 March: Casting Case Studies, with Spotlight
BFI Flare Delegates Centre 13.30 – 14.30
In recent years, the casting of LGBTQ+ films and characters has been re-examined. A movement towards increasing representation and inclusion on screen is growing in urgency, and many filmmakers and Casting Directors are working hard to create opportunities for LGBTQ+ actors. Putting these ambition into practice, however, is not always easy. Our panel of filmmakers and Casting Directors join is to discuss the casting of their own projects, and the often complex journey of casting inclusively.

In celebration of BFI Flare’s closing night film selection, JT LEROY, we are thrilled to welcome Savannah Knoop to the BFI Reuben Library for a Q&A session and reading from Girl, Boy, Girl. Knoop’s memoir — now adapted for the screen by Knoop and director Justin Kelly — tells of their experience portraying Laura Albert’s pseudonymous JT LeRoy in what is now regarded as the most famous literary hoax of all time. Get the inside scoop before you catch Kristen Stewart portraying Savannah on screen!

Over 50 filmmakers and talent are confirmed to attend BFI Flare including Opening Night director of VITA & VIRGINIA Chanya Button, Closing Night JT LEROY director Justin Kelly and Tomer Heymann, director of the BFI Flare Centrepiece screening JONATHAN AGASSI SAVED MY LIFE. Filmmakers and acting talent also in attendance will include Terence Stamp in support of the fabulous 25th anniversary screening of the Oscar-winning classic THE ADVENTURES OF PRISCILLA, QUEEN OF THE DESERT, Annabel Jankel (TELL IT TO THE BEES), Frédéric Tcheng (HALSTON), Doug Spearman (FROM ZERO TO I LOVE YOU), Fiona Dawson (TRANSMILITARY), Deborah Abate (NO BOX FOR ME. AN INTERSEX STORY), Rodney Evans (VISION PORTRAITS) and Li Cheng (JOSE), amongst others.

We are delighted to offer a schedule of Press & Industry Screenings throughout the Festival for the following titles: VITA & VIRGINIA, JONATHAN AGASSI SAVED MY LIFE, TELL IT TO THE BEES, GIANT LITTLE ONES, SUNBURN, TUCKED, HALSTON and JT LEROY.

For further details about Press and Industry accreditation and the full programme, please go to: www.bfi.org.uk/flare