Festival organisers have created an offer to give festival bookers the opportunity to see on BFI Player a number of great LGBTIQ+ shorts and features from 20-29 March that were due to screen at BFI Flare. 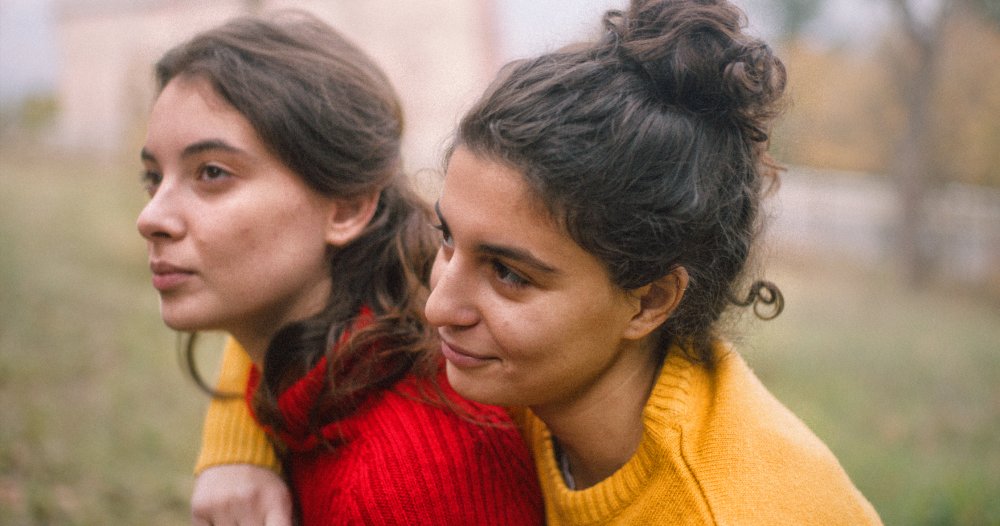 While cinema lovers are stuck at home over the coming weeks BFI Flare London LGBTIQ+ Film Festival is migrating to BFI Flare at Home following the Festival’s last minute cancellation earlier this week due to the rapidly evolving COVID-19 pandemic.

In just days, festival organisers have created an offer to give festival bookers the opportunity to see on BFI Player a number of great LGBTIQ+ shorts and features from 20-29 March that were due to screen at BFI Flare. New work will include Levan Akin’s exquisite Georgian-set romance, the Cannes-winner, And Then We Danced; Olivier Ducastel and Jacques Martineau’s deliciously enigmatic chamber piece Don’t Look Down, and Daniel Karslake’s powerful documentary about four different LGBTIQ+ individuals who experience bruising encounters with organised religion, For They Know Not What They Do. Other titles are due to be confirmed in the coming days.

BFI Flare at Home will sit alongside great short work from BFI Flare Five Films For Freedom short films, made available in partnership with the British Council to roll out over 10 days from Friday 20 March. The BFI’s existing collection of favourites from previous BFI Flare Festivals, much loved queer film classics, and the free BFI National Archive curated LGBT Britain on Film Collection, will also be available, giving access to over 230 films in total.

Through its social media channels, BFI Flare will also be hosting live Q&As with filmmakers, offering daily curated programmer recommendations of work from the BFI Player Flare collections, and will be bringing the party to living rooms around the UK with a curated closing night DJ set made available as a Spotify playlist, bringing the BFI Flare party vibe to house parties everywhere.

“BFI Flare is a very special and long standing festival with a loyal and dedicated following so when the decision was made to cancel the ‘live’ festival the team knew that they wanted to share some elements of BFI Flare digitally to celebrate the spirit of BFI Flare and the incredible range of LGBTIQ+ stories and talented filmmakers being told in the UK and internationally and to bring some of the Flare sparkle online and into viewers’ living room.”

Five Films For Freedom, the world’s largest LGBTIQ+ digital campaign marks its sixth year by broadcasting five brand new LGBTIQ+ short films to countries around the world, including those where homosexuality remains illegal. With these new titles filmmakers from Norway, Ireland, Brazil, and the UK come together to explore compelling LGBTIQ+ realities, from navigating family relationships to the struggle for and celebration of sexual freedom.

In a continuing creative partnership with the BFI, the British Council have made these five short films from the BFI Flare: London LGBTIQ+ Film Festival available across the British Council’s global digital networks free of charge, from 18-29 March 2020. The Five Films For Freedom titles will also be available to UK audiences to watch for free on BFI Player during this time.

In addition to the new titles from this year’s Festival, viewers will have access to a wealth of LGBTIQ+ films available on BFI Player from across the globe, spanning, subscription, rental and free content to explore via the BFI Flare home page. This impressive collection includes festival favourites from the last couple of editions as well as classic titles from the cream of LGBTIQ+ Filmmaking talent including Andrew Haigh, Campbell X, Celine Sciamma, Derek Jarman, Desiree Akhavan Gregg Araki, Isaac Julien, Rainer Werner Fassbinder, Ron Peck, Wanuri Kahiu, with titles such as 120 BPM, Appropriate Behavior, Caravaggio, A Deal with the Universe, A Fantastic Woman, Freak Show, Giant Little Ones, God’s Own Country, The Garden, I Am Divine, JT Leroy, Jonathan Agassi Saved My Life, Jubilee, Leave It on the Floor, Love Is the Devil, Mapplethorpe, The Miseducation of Cameron Post, Mysterious Skin, La noche, Rafiki, Sauvage, Sixth Happiness, Stranger by the Lake, Stud Life, Tell It to the Bees, Tomboy, Tom of Finland, Tucked, Vita & Virginia, Weekend, XXY and Young Soul Rebels.

Viewers also have access to the free LGBT Britain on Film collection, a colourful and challenging collection of archive films drawn from the BFI National Archive and regional and national archive partners, exploring screen representations of lesbian, gay, bisexual and transgender lives over the past century.

The new BFI Flare at Home programme will be available to be enjoyed in the safety of homes around the UK via BFI Player, the BFI’s VOD service. BFI Player will be offered free to audiences who had booked for BFI Flare, with general audiences invited to sign up for a free two week trial of BFI Player as well as existing BFI Player subscribers to take advantage of the enhanced BFI Flare collection. Most content will be available as part of the SVOD collection with this free trial, with some additional titles available for rental/TVOD.

BFI Flare hopes to announce more titles as they become available in the coming days.

At this incredibly difficult and unprecedented time we are forever grateful and reliant on the supporters who share our vision and help ensure we are able to fulfil it.  We thank the Pureland Foundation,  American Airlines, Mishcon de Reya, PGIM, The May Fair Hotel, Interbank Forum and all our in kind and media partners for their continued generosity and true partnership spirit.