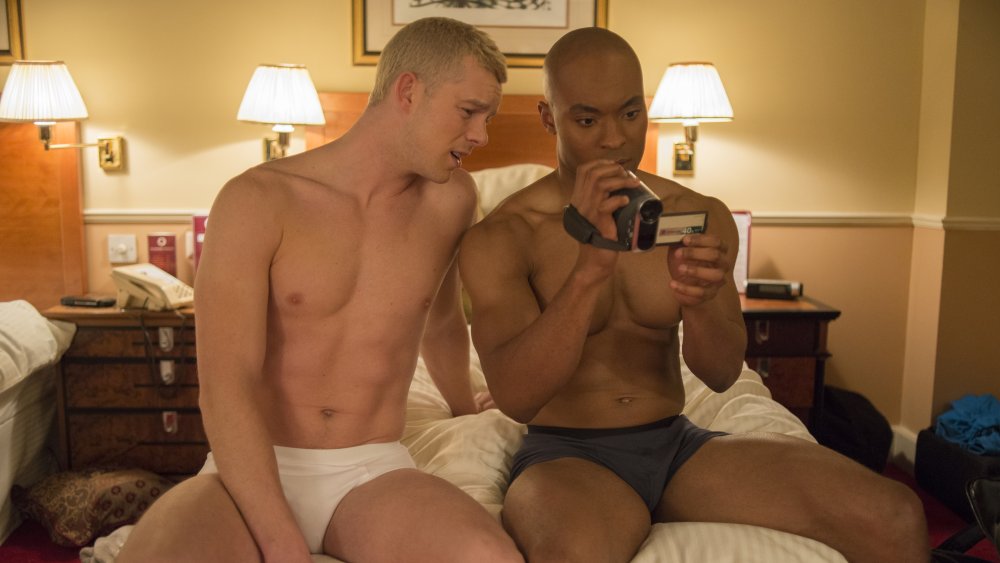 The BFI is thrilled to announce that the opening night gala of the 30th edition of BFI Flare: London LGBT Film Festival (Wed 16 March 2016 at London’s Odeon Leicester Square) will be the world premiere of The Pass, a new British drama directed by first-time feature filmmaker Ben A. Williams, starring Russell Tovey (Looking, Being Human, The History Boys) and Arinze Kene. Adapted for the screen by John Donnelly from his hit play first presented at the Royal Court Theatre, The Pass is produced by renowned British film producer Duncan Kenworthy (Four Weddings and a Funeral, Notting Hill, Love Actually, The Eagle).

The Pass is the story of three very different nights over 10 years in the life of a Premier League Footballer. Jason (Russell Tovey) is at the beginning of his career, and on the night before his first big international match he and long-time friend and team-mate Ade (Arinze Kene) share a hotel room, trying to beat the inevitable pre-match tensions with locker-room banter and teenage high-jinks. Out of nowhere Jason kisses Ade. The emotional repercussions of this pass, and the decisions that follow on and off the pitch, have a major impact on every aspect of the public and private lives of both men across the next decade.

Tovey, McGrillis and Mirallegro all reprise the roles they originally performed on stage. Michael Billington in The Guardian praised the play’s “sharp wit and visceral power” and especially Tovey’s “commanding performance”… “What Tovey captures superbly, apart from Jason’s physical fitness, is his shift from a nervy but determined teenager into a…figure who has paid the price of fame.” Jim White in The Telegraph wrote that “in Russell Tovey’s turn as football superstar Jason, it delivers quite an astonishing central performance”.

“As a season ticket holder of a major Premier League Club, I know just how much interest there is in the question of why no currently-playing Premier League player has come out – or has felt able to come out – as gay. The Pass is by no means an issue film, but John Donnelly’s wonderful screenplay puts very handsome flesh on the bones of this modern anomaly, imagining the pain, passion and complexity of the lives of elite footballers always inches away from fame or failure, and wondering whether honesty is worth the price.”

“Featuring compelling performances and a smart, punchy script, The Pass boldly tackles a forbidden topic, outlining one man’s struggle to embrace his sexuality within the hyper masculine and very public world of professional football. We are excited to be launching the 30th edition of BFI Flare – a Festival that prides itself on a programme which captivates hearts, bodies and minds – with an impressive and very topical British directorial debut.”