Against the Law stars Daniel Mays and Mark Gatiss in the powerful, factual story of the affair that led to the passing of the 1967 Sexual Offences Act. 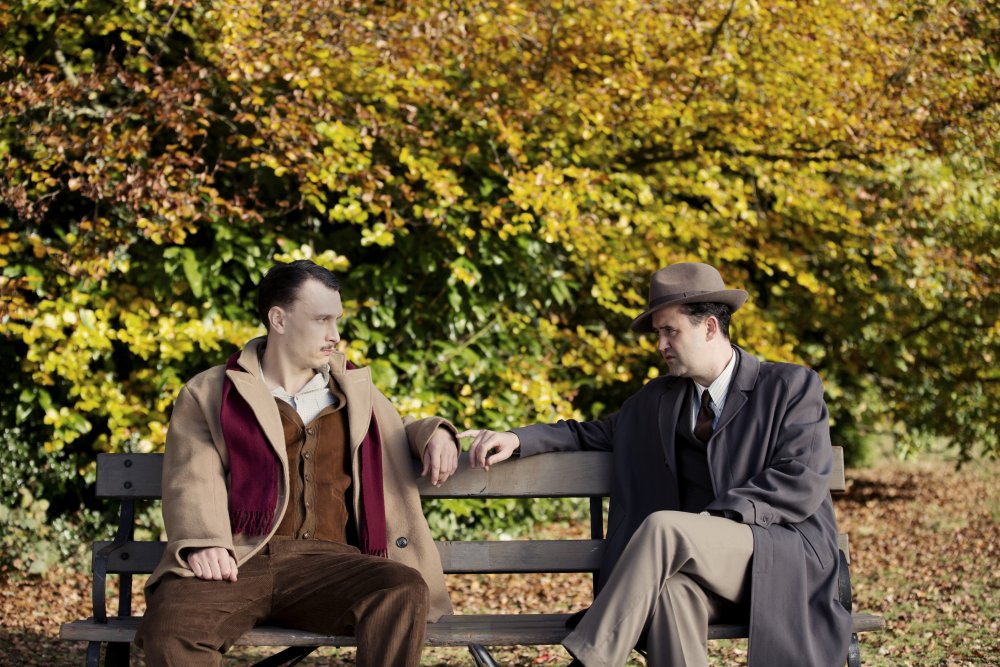 The BFI is thrilled to announce that the opening night gala of the 31st edition of BFI Flare: London LGBT Film Festival (16-26 March at BFI Southbank) will be the world premiere of Against the Law, a powerful and timely factual new British drama for BBC TWO, directed by Fergus O’Brien and starring Daniel Mays (Vera Drake, Another Year). The cast also features Mark Gatiss (Sherlock, The League of Gentlemen), Richard Gadd and Charlie Creed-Miles (Nil by Mouth, Wild Bill). The film is produced by Scott James Bassett and written by Brian Fillis (An Englishman in New York, Fear of Fanny). Against the Law is a BBC Studios production.

2017 sees the 50th anniversary of the 1967 Sexual Offences Act which decriminalised homosexual acts in England and Wales between adult males, in private. While it would take several decades before homosexuals would reach anything like full equality in this country, this legislation marks the beginning of this journey. The BFI is marking the 50th anniversary with a new season of screenings and events. This summer Gross Indecency will explore the pioneering –and sometimes problematic – depictions of LGBT life in British film and TV in the years immediately before and after the 1967 Sexual Offences Act. Further details will be announced during BFI Flare.

Against the Law is a timely and sensitive biopic based on Peter Wildeblood’s bestseller which tells the story of his affair with a handsome serviceman he met in Piccadilly and the devastating consequences of their relationship. Wildeblood had been a celebrated and well-connected journalist on the Daily Express, with a range of acquaintances that included Lord Montagu of Beaulieu. He is played by Daniel Mays, in a beautifully nuanced performance that charts his journey from Fleet Street via public vilification to his imprisonment under the same legislation that sent Oscar Wilde to Reading Gaol. Mark Gatiss gives a chilling performance as a prison doctor charged with administering therapeutic measures to homosexuals acquiescing to the idea that they can be ‘changed’.

The importance of Peter Wildeblood’s case (jointly brought against him, Lord Montagu and Michael Pitt-Rivers) is that it brought the debate about homosexuality into the public domain. It led the way to the creation of the Wolfenden Committee on sexual law reform that eventually resulted in the passing of the 1967 Sexual Offences Act, which changed the lives of thousands of gay men with its partial decriminalisation of homosexual acts. This film offers a profoundly moving portrait of what it meant to be gay in the 1950s, underlining the importance of understanding our recent history and the immense social and emotional burdens endured by generations of gay men.

Against the Law will be shown on BBC Two later this year.

“Making this film for the BBC not only allowed us to tell a powerful and important story in the evolution of LGBT rights in this country but also to capture for posterity the voices of some of the men who lived through these dark days in gay history. Their story, and the story of Peter Wildeblood, are timely reminders of the difficult journey it took to arrive at the rights enjoyed by gay people today and why it’s so important that we safeguard them. I’m delighted and honoured that the film will be the Opening Night of BFI Flare”.

“Following on from a year in which we celebrated the 30th Anniversary of BFI Flare, world events have indicated that the need for our Festival is as urgent as it ever was. Against the Law is the perfect opening night film, a powerful British production that elegantly combines factual and historical drama, marking a key moment in the struggle for LGBT rights in the UK – an anniversary the BFI will also be commemorating with a season of film and TV this summer.”