Fifty-four of the most promising young film talent from all over England gather at BFI Southbank to graduate from the first ever BFI Film Academy residential programme with the National Film and Television School (NFTS), aimed at hothousing the filmmaking stars of the future. 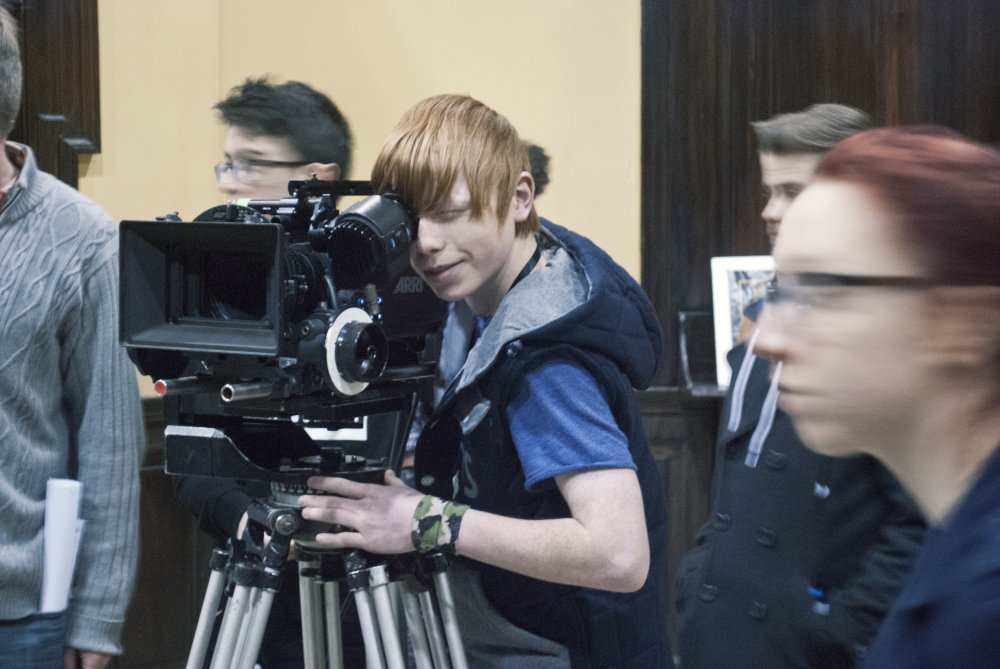 At the event today, in front of their parents and film industry heavyweights, including Les Miserables producer Eric Fellner, the six short films the students wrote, produced, directed, and edited during the two-week course were premiered.

For the past two weeks the students, aged 16-19, have had an intense and unique experience learning from the best in the industry with unparalleled access to tutors and film experts including cinematographer Brian Tufano (Trainspotting, Billy Elliot), director Edgar Wright (Hot Fuzz, Shaun of the Dead), producer Rebecca O’Brien (The Angel’s Share, The Wind That Shakes the Barley), director Brian Gilbert (Wilde, Tom & Viv) and producer Michelle Eastwood (In Our Name).

BFI Chair Greg Dyke, who hosted the event and presented each student with their graduation certificate said:

We knew there was extraordinary young film talent in the UK but even we have been staggered by the standard of filmmaking at the BFI Film Academy. The great thing about the Academy is that we’ve got students from all backgrounds, from all over the UK, taking part. The BFI Film Academy is exactly what we need to find the Danny Boyle of the future. Supporting the talent of tomorrow is fundamental to the future success and growth of the UK film industry.

It’s inspiring to see the hunger for knowledge among these young filmmakers. We hope that the skills we’ve given them at the NFTS will provide the launch pad and confidence they need to fulfil their ambitions.

The BFI Film Academy is the result of a unique partnership with the Department for Education in England, which has provided £3m funding for the programme over three years, and forms a key part of the BFI’s ambitious plans to revolutionise film education for 5-19 year olds across the UK over the next five years. 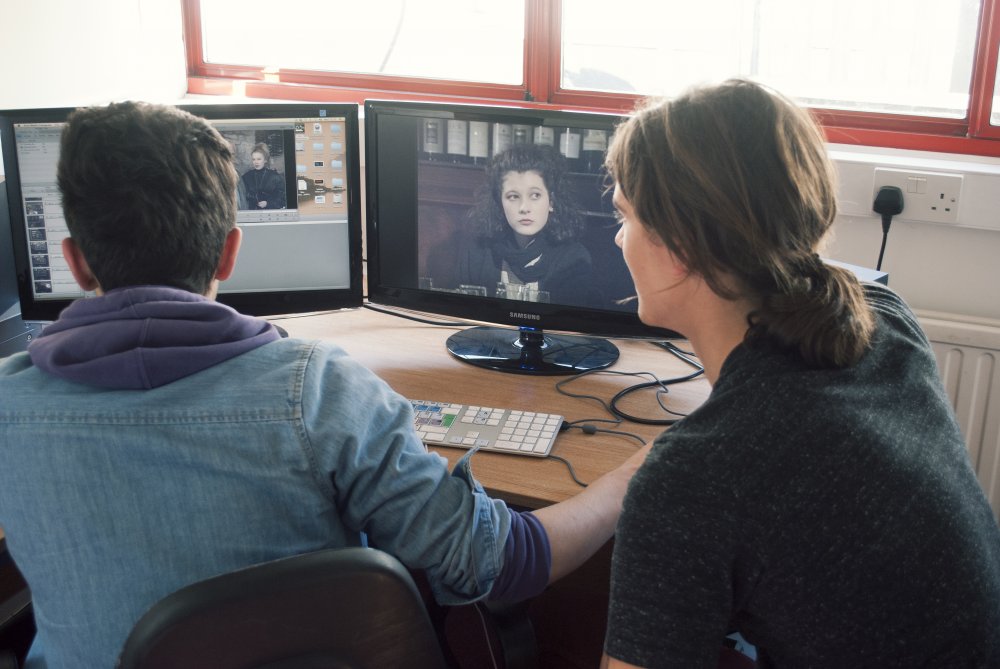 Providing opportunities for talented and committed young people to develop new skills and build a career in the film industry, no matter where they live or what their background, is a core aim of the BFI’s Film Forever five-year plan to support the future success of UK film and forms the central tenet of the BFI Film Academy programme. Alongside the NFTS, the BFI has worked with 24 regional delivery partners across England for the BFI’s Film Academy Network and with support from BAFTA, Pinewood Studios and Creative Skillset.

Participants in the residential programme chose a specialism, such as directing, producing, editing, cinematography or sound recording, and formed teams to be tutored by film industry experts to make short films using the NFTS’s film studios and world-class teaching facilities. The students enjoyed Masterclasses from some of the country’s leading filmmakers, tailored industry support from BAFTA and visits to the BFI National Archives and Pinewood Studios.

Following the residential programme, support will be given to the participants in obtaining further training, work placements or jobs in the industry.

The residential course was based at the NFTS and the Lane End Conference Centre, in Buckinghamshire, during the Easter holidays (April 2-12) with an introductory weekend on 9-10 March. Every 16-19 year old across England who can show talent and enthusiasm for film is eligible to apply for the BFI Film Academy in 2014 including the BFI Film Academy Regional Network programme. Details about this will be announced in due course.

The residential programme is free but participants covered the cost of travel to and from the residential locations and a £75 administration fee is payable on being awarded a place. However, bursaries are available to cover these costs in order to make this incredible opportunity available to people from all backgrounds. For full details go to our Film Academy pages and the NFTS website. 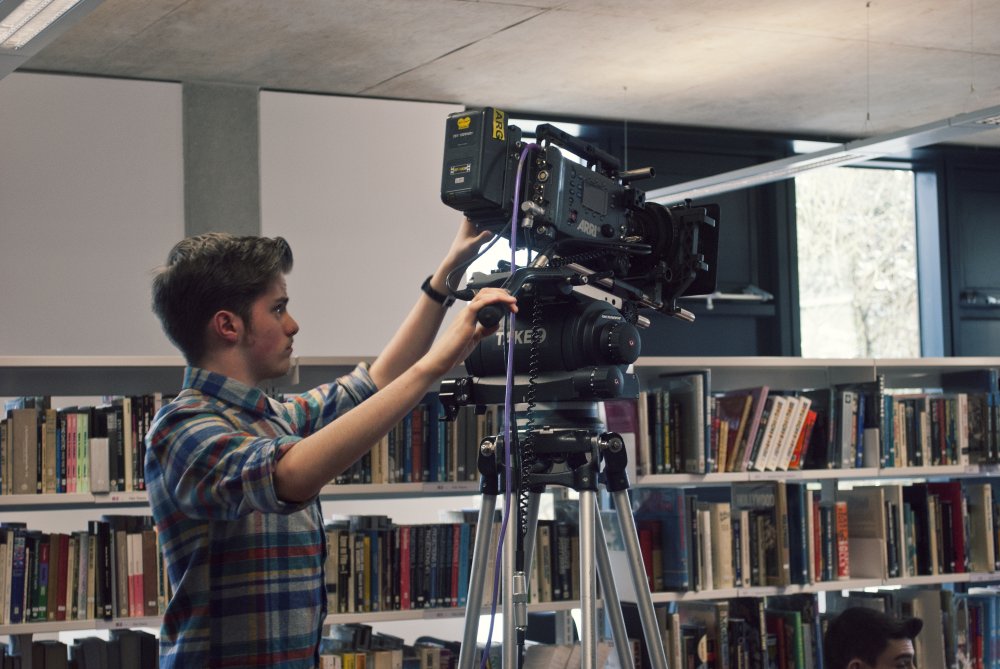 The six short films from the BFI Film Academy films are:

Cha, Cha, Cha
When a world-weary wife decides to disappear on a spiritual retreat in India, her whole relationship with her husband is called into question, with comic and tragic results.

Been a Riot
Locked in a basement during the summer riots of 2012, a WPC and the young tearaway she’s arrested have to learn trust each other and find a common bond.

The Other Side of the Wall
An irritated homeowner, frustrated by the grieving mother whose son was killed in a car accident right outside his house, manages to find the sympathy and fellow feeling which helps her to move on.

Teach Me
A city banker turned social worker has to starkly face his own anger, frustration and feelings of violence when he’s provoked by an aggressive and manipulative teenager.

Man of the House
After a traumatic burglary, a mother and grown-up daughter find reconciliation and understanding through shared memories of the now departed ‘man of the house’.

Voices in the Attic
A grieving mother is helped to come to terms with the tragic death of her child by a mysterious stranger.