T time: the best T-shirts in the movies

With the long-awaited release of cult classic children’s adventure Sammy’s Super T-shirt on DVD, it’s time to open the wardrobe on a history of great T-shirts at the movies. 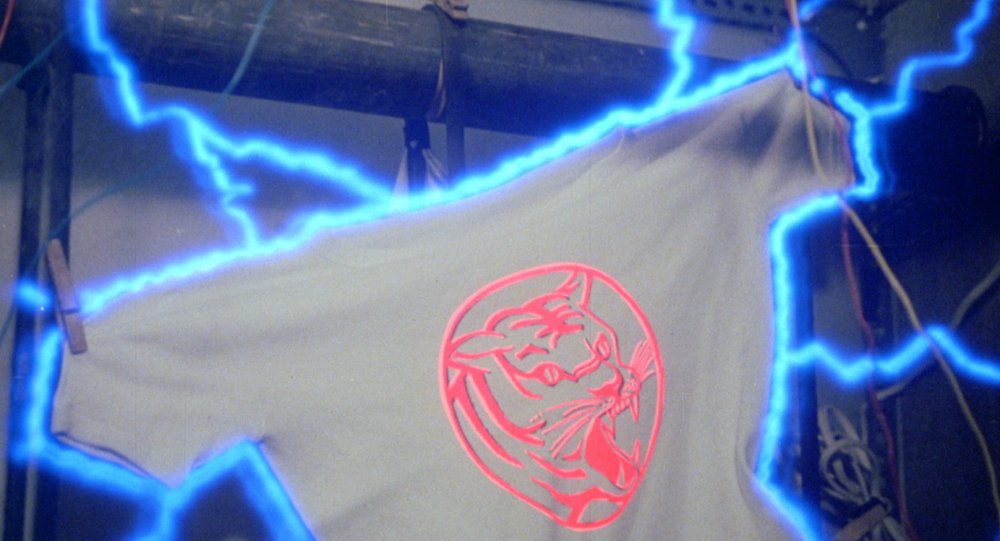 Homemade go-karts, a tricycle flying machine and a T-shirt bestowing superhuman powers are the weird and wonderful gizmos featured in The Race Is On, the second volume in the BFI’s DVD collections of films by the Children’s Film Foundation.

Made for kids’ Saturday morning matinees at the cinema, starting in the 1950s and continuing to the early 1980s, these inventive and hijinks-filled tales of adventure and pint-sized derring-do had a long afterlife on the small screen – children of the 80s will remember them as fixtures of Friday teatime TV.

Featured in the new set – alongside classic entries Soapbox Derby (1957), starring a young Michael Crawford, and The Sky-Bike (1967) – is one of the most sought after and fondly remembered of them all: Sammy’s Super T-shirt. 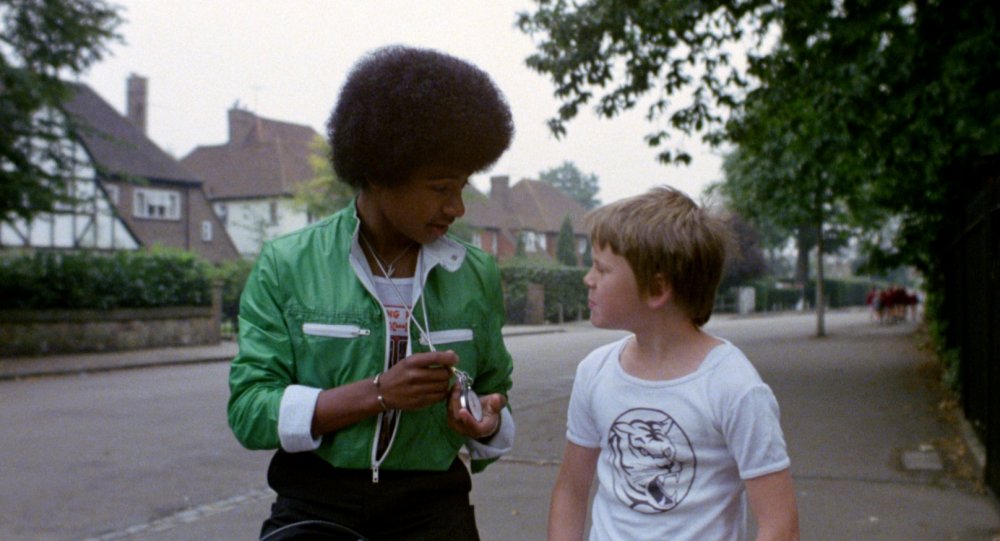 With this auspicious garment making its DVD debut, the time seemed right for a little fashion parade of some of film history’s most notable T-shirts. A frivolous thought, perhaps, but in fact the history of the T-shirt is sewn together with the history of cinema in several unforgettable places, with the movies playing no small part in the popularisation of this now all-pervasive attire.

An undergarment until the second world war, when GIs started to be seen wearing them over their combat trousers, the ubiquity of the T-shirt as outerwear rocketed when Marlon Brando was seen wearing a tight T-shirt over a sweaty torso as the bellicose Stanley Kowalski in the 1951 adaptation of Tennessee Williams’s A Streetcar Named Desire.

The look quickly became associated with teen rebellion and masculine cool, with James Dean teaming white T-shirt and red leather jacket as Jim Stark in the ultimate 50s youth film, Rebel without a Cause (1955).

But a women’s T-shirt revolution was right around the corner. Not least among the novelties of Jean-Luc Godard’s 1960 French New Wave groundbreaker A bout de souffle was the iconic sight of Jean Seberg strolling down the Champs-Elysées with close-cropped hair and wearing a New York Herald Tribune top. Such T-shirts quickly began to fly off the hangers as fashionistas attempted to replicate the casual chic of this American in Paris.

In the decades since, on screen as on the streets, we’ve seen T-shirts proliferate as they’ve become the casual wear of choice in endless permutations across both mainstream fashion and subcultural movements from punk to hip hop. Any survey of cinematic Ts should take in Jack Nicholson as trouble-starting in-patient Randall P. McMurphy in One Flew over the Cuckoo’s Nest (1975); the ‘Vote for Pedro’ top donned by Jon Heder’s eponymous geeky loafer in Napoleon Dynamite (2004); metalhead Garth’s Aerosmith T-shirt in Wayne’s World (1992); the demure blue heart logo adorned by Faye Wong’s snack-bar lonely heart in Wong Kar-Wai’s Chungking Express (1994); and the retro style of Ewan McGregor’s grubby yellow T-shirt as heroin addict Mark Renton in Trainspotting (1996).

In Pulp Fiction (1994), Quentin Tarantino uses the T-shirt as a symbol of emasculation. When hitmen Jules (Samuel L. Jackson) and Vincent (John Travolta) ruin their suits with sprayed blood from an accidental killing, fixer The Wolf (Harvey Keitel) relishes having them change into baggy, skate-kid cottons, stripping them of their gangster cool in one sartorial sweep.

Sammy’s T-shirt may be more knockout than most, but iconic onscreen Ts come in all colours and sizes, small, medium and large.