Steel and the early films of Penny Woolcock #2

In the second of our two blogs exploring the early films of Penny Woolcock, curator Catherine McGahan explains how the steel industry documentary When the Dog Bites found Woolcock moving in a new, more experimental direction. 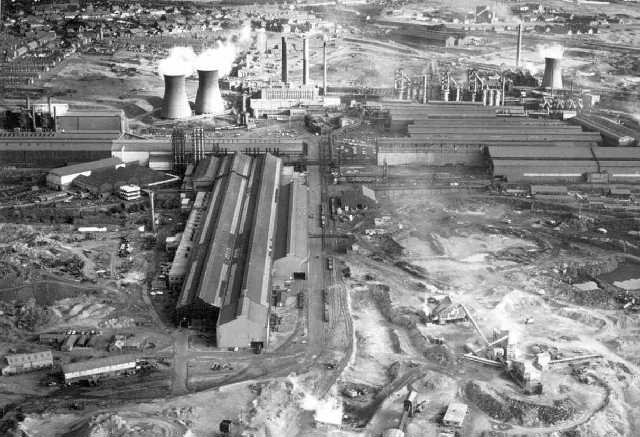 You need two things if you’re going to be a filmmaker: you need to persevere and be incredibly tenacious, and then you need a lucky break. Part of that luck is knowing people who are in sympathy with what you’re trying to do and who have access to some money!”
—Penny Woolcock, taken from an interview for the BBC Film Network

Director Penny Woolcock has been a regular fixture in the BFI National Archive of late. She spent hours researching and editing mile-upon-mile of coastline footage for the recent From the Sea to the Land Beyond (2012), a unique collaboration between the BFI, Woolcock and the band British Sea Power. Now, two of her early works – Northern Newsreel No 7 (1987) and When the Dog Bites (1988) – feature in North by North East, a programme in the This Working Life: Steel season currently running at BFI Southbank.

It was in the north-east that her illustrious filmmaking career took root, back in the 1980s. The pull to Newcastle for Argentinian-born Woolcock had been the offer of a job on Trade Films’ Northern Newsreel series. As an independent outfit with a strong regional focus, Trade was closely affiliated to the wider film and video workshop movement that had been supplementing mainstream film and broadcasting since the 1960s.

The north-east had a particularly fertile indie scene, having spawned the likes of the Amber Collective (still in rude health today), Swingbridge, A19 and Siren, as well as Trade. With her singular vision and appetite for experiment, Woolcock, having bypassed film school, found the 1980s indie scene a place for to learn her craft unfettered – more so in that the workshop movement would be struck a near-fatal blow when regional arts funding was drastically severed in the 1990s. After a fallow period, its spirit was revived with the dawn of cheap digital cameras in recent years. 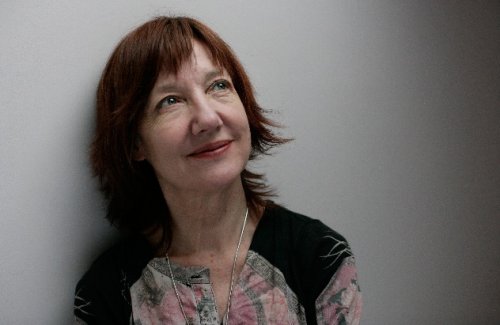 Another propitious factor was the arrival of Channel Four. From its birth in 1982, the new channel specifically set out to target audiences from minority groups (without excluding other audiences). In this sense shared the workshop movement’s commitment to providing an alternative to mainstream broadcasting which had been basically in the hands of two major players across the 1970s, the BBC/ITV ‘duopoly’.

Keen to be freed from the confines of the newsreel format – having done her fair share of them – Woolcock pitched the idea of expanding an item she had covered in the 10-minute Northern Newsreel No 7 (1987) into an ambitious 50-minute film. It treated similar subject matter (that is, the effect of the closure of the Consett steelworks on the local community), but with a much more experimental treatment.

Trade got behind the project and what materialised was When the Dog Bites (1988), which on completion was duly snapped up by Channel 4’s Eleventh Hour (1982-88) slot, ever on the look out for exactly this kind of raw experimentation.

Woolcock approached the project boldly. The film’s opening – a long-take of local revellers making their way through the streets of Consett to a nightclub – was inspired by Orson Welles’s Touch of Evil (1958). The film then traverses a host of styles including observational footage, interviews with an eclectic range of locals in such unconventional settings as a swimming pool, and scripted enactments that wouldn’t be amiss in a sitcom. It is flawed but somehow its incongruity is its charm.

In the early 90s – coinciding with the near-demise of the workshop movement – Channel 4 was forced to adapt to market demands, which inevitably diluted its cutting-edge remit. The intrepid Woolcock on the other hand, whether working on operas, radio programmes, feature films or documetaries, retained a freshness of approach. She has continued to create oppositional work that gives voice to those on the margins of society and inspires a new generation of cutting-edge documentary filmmakers.