Granted unprecedented access to Robert Mugabe for a new documentary, filmmaker Roy Agyemang provocatively questions whether the Zimbabwean leader is the demon that the western media portrays.

Though no concrete election date has yet been set, the Zimbabwean president Robert Mugabe, now 88 years old and reportedly suffering from prostate cancer, has recently announced that he will again run for his country’s leadership. The developing story is sure to attract just as much international attention as the country’s previous presidential election in 2008, which was mired in controversy and resulted in an uneasy coalition between Mugabe’s ZANU-PF party and the MDC party of his fierce opponent Morgan Tsvangirai.

It is in the run-up to the 2008 election that Roy Agyemang’s intriguing and timely documentary, Mugabe: Villain or Hero? begins.

The British-born son of Ghanaian parents, Agyemang had grown up wondering why African leaders were frequently portrayed as two-dimensional villains in the British media, especially in light of the fact that his parents had been contemporaries of the highly-regarded Kwame Nkrukmah, the Ghanaian politician who oversaw the nation’s independence from British rule in 1957.

So in 2007, he set out on a journalistic quest to gain a new perspective on Mugabe, who has ruled Zimbabwe since its independence from Britain in 1980.

To many in the western media, the titular question is one that barely needs asking. Few international leaders have attracted the widespread antipathy afforded to Mugabe, who frequently finds himself topping ‘world’s worst ruler’ lists. 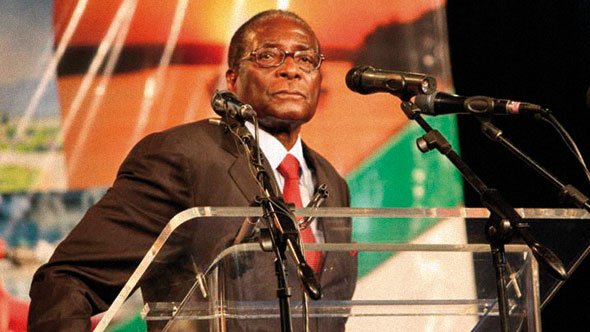 Mugabe also became infamous in 2000 for being the first African leader to allow white-controlled farms to be seized and redistributed to indigenous population. The effects of this ruling on one particular family was explored in Lucy Bailey and Andrew Thompson’s 2009 documentary Mugabe and the White African.

Mugabe: Villain or Hero? was initially intended as a three-month project. But when Agyemang found he was able to get more access than he’d dreamed of, it mushroomed into a three-year odyssey – one perhaps worthy of a fictionalised thriller in its own right.

Alongside Zimbabwean interpolator-cum-sidekick Gari, Agyemang was able to go where the banned news networks CNN, BBC and Sky have all been unable: inside Mugabe’s inner circle.

Aygemang’s key aim in the documentary is to discover how and why Mugabe’s fall from grace came about. After all, he was not always such an international pariah: he was once nominated for a Nobel Peace Prize, and in 1994 awarded an honorary knighthood by Queen Elizabeth II.

He was also a regular face on the international stage, a fact neatly illustrated by an early photo montage which depicts him hob-nobbing with the likes of Margaret Thatcher, the Pope, Princess Diana, Nelson Mandela, Fidel Castro and John McEnroe (yes, that John McEnroe).

The answers which Agyemang finds are largely rooted in the troublesome intersection between international economics and post-colonial fallout. The end result is a curious mixture of documentary and personal self-discovery narrative (Agyemang’s quest for the ‘big’ interview with Mugabe is perhaps given too much prominence at the expense of greater journalistic integrity) – one which raises more questions than it ultimately attempts to answer. 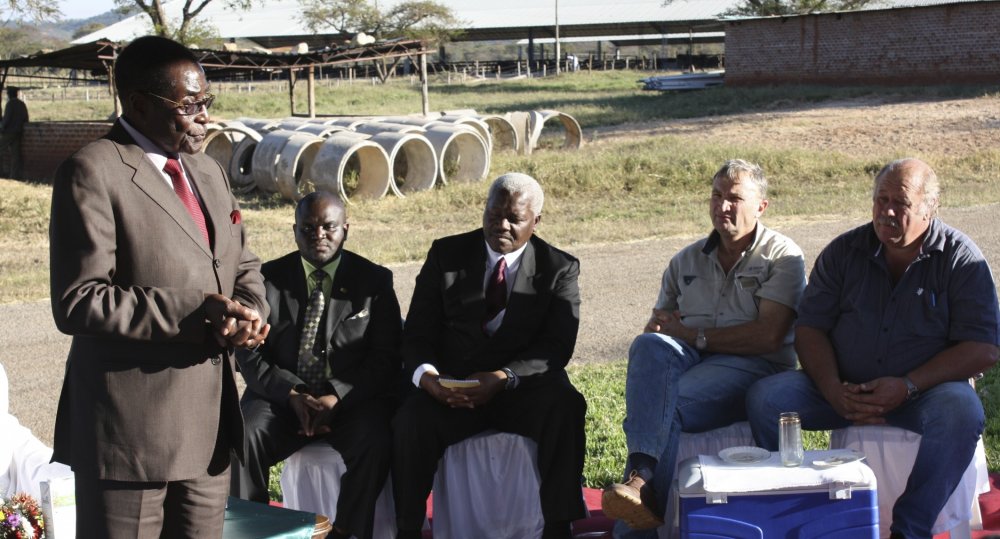 It is, however, notable for providing a fresh perspective on the Mugabe story, truly engaging with the thorny issue of African post-colonial international relations, and for securing incredibly close access to an undeniably fascinating figure. In close-up, Mugabe is seen to be a fiercely charismatic nationalist with more support among the Zimbabwean populace than western audiences might expect, argues Agyemang.

There is plenty of compelling archival news material, as well as great footage of reggae superstar Bob Marley’s historic appearance at independence celebrations in 1980 – reggae had been banned in Rhodesia (the country’s colonial-era name).

Most impressively, the film allows us the rare opportunity to see Mugabe as a human being, and not, for once, as a western media construct. It’s not an especially critical work, but emerges as an important tool for broadening debate.