The late Michael Winner was interviewed on stage at BFI Southbank three times in his final years. Curator Vic Pratt remembers a charming and flamboyant showman. 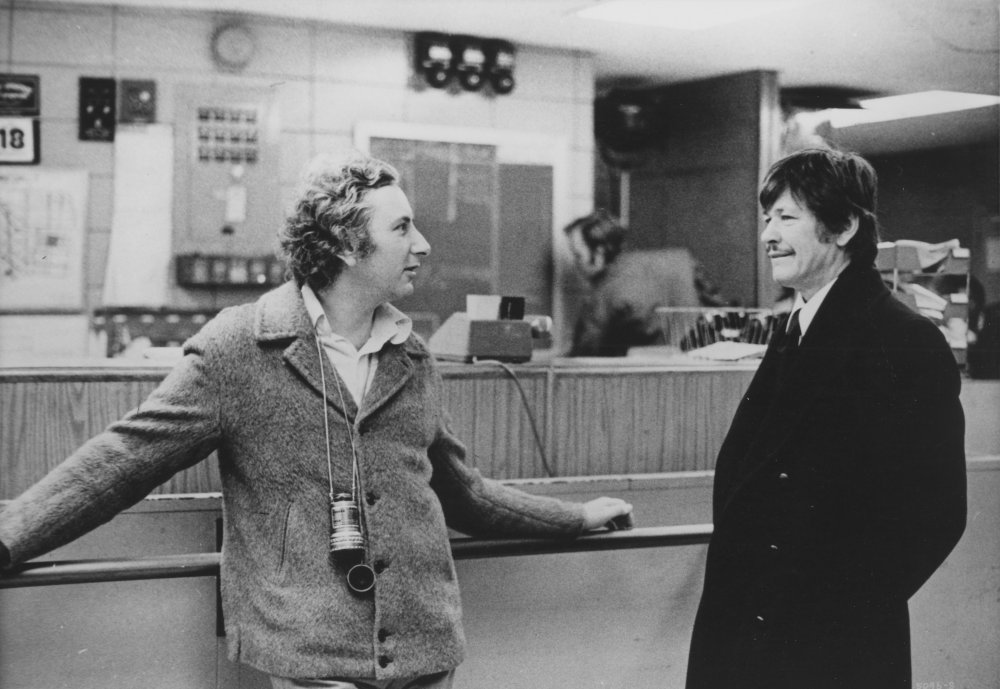 I was sorry to hear that writer, director, producer and newspaper columnist Michael Winner has died aged 77, after a long illness. As a filmmaker, he’s perhaps destined to be remembered primarily for his action movies, especially Death Wish (1974), the notorious vigilante thriller starring Charles Bronson, which spawned a series of ever more lurid sequels. But it’s sometimes forgotten that the British director began his career a long way from Hollywood.

Beginning with striking, visually inventive short films, he moved on to features with the splendidly entertaining pop musical Play It Cool (1962), starring the legendary British rocker Billy Fury, before truly hitting his stride with a string of vibrant, imaginative, visually exciting, sometimes shocking and distinctly undervalued British features in the 1960s, including The System (1964), The Jokers (1966) and I’ll Never Forget What’s ‘is Name (1967). 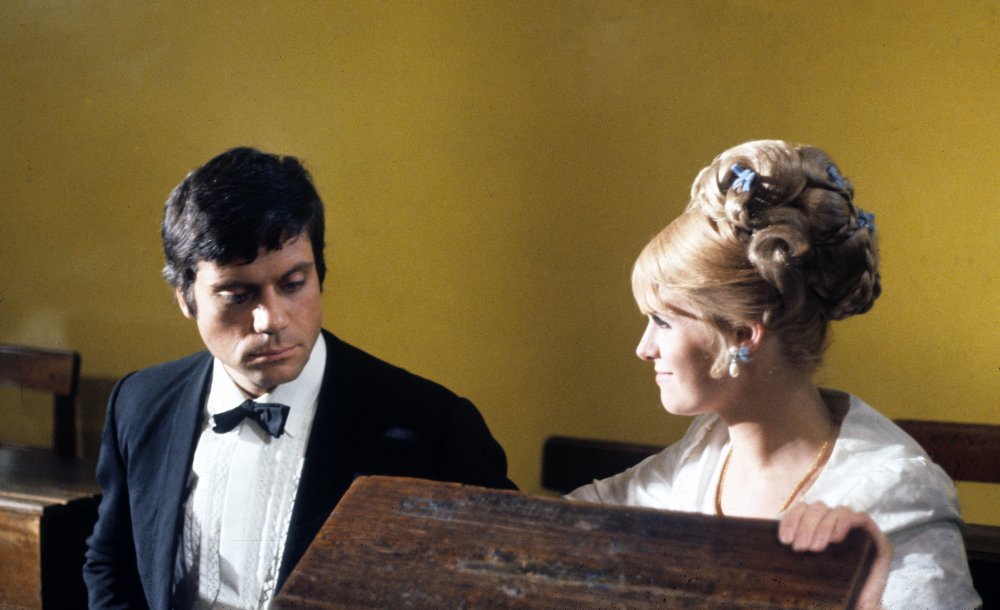 My colleague Will Fowler and I met Michael Winner three times between 2008 and 2012, interviewing him on stage for our Southbank strand The Flipside, which celebrates the neglected and overlooked in film culture.

Mr Winner (as I always found myself addressing him, despite the fact that he was quite happy with Michael) had, I think it’s fair to say, a reputation that preceded him. Rumour had it that he could be difficult to deal with. So it was with some trepidation that I approached him to introduce our screening of I’ll Never Forget What’s ‘is Name, the film I consider to be his finest work.

But I needn’t have worried. He was very friendly on the telephone, and, despite the peculiar way that his emails always arrived in block capital letters, he was consistently charming on stage and off, and was obviously extremely pleased that his work was being revisited at last.

Michael Winner onstage for a Q&A following a screening of The Games in 2012.

Yes, of course, in public he was opinionated and outspoken, and expressed many strong views over the decades that many would firmly disagree with – perhaps this has clouded responses to his work over the years – but he was, at the very least, open and honest about them. He didn’t bottle things up. Always up to date, media-savvy and a keen tweeter, he often seemed happy to play the pantomime villain in the name of publicity.

Reputedly an egotist, certainly he had become a staunch defender of his work – understandable, given the relentless critical mauling much of it received – but he wasn’t at all difficult to deal with. Amiable, approachable and professional, he was great value as we interviewed him on stage following the screening, regaling the audience with a bumper bundle of outrageous tales of his years in the film business. He even, at my nervous request, recited his immortal “calm down, dear,” line from that famous series of insurance commercials, to the delight of the crowd.

Loud and lively as he was on stage, I discovered that he was much quieter off it, and happy to chat about food, or illustration, though he made sure to make time to speak to anybody and everybody who expressed an interest in his work. It seemed to me that he saved his energy for when he was in the public eye.

Obviously roused by the enthusiastic reception his film had got after so many years, he returned twice more over the next few years for screenings of The Jokers and The Games (1969), two more underrated works that were well overdue for a second look. 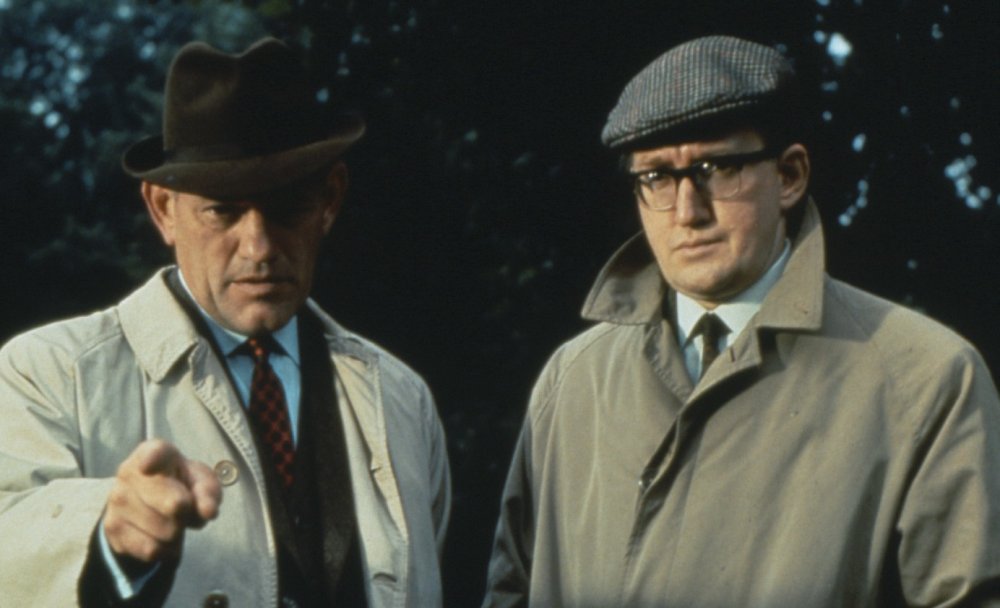 Harry Andrews and Brian Wilde in The Jokers (1966)

Before his second visit, I received an unexpected telephone call from Mr Winner. He didn’t want a chair on stage for the after-screening interview; instead, he wanted a lectern. I’m ashamed to admit that I wondered, momentarily, if the prima-donna within was suddenly to be revealed. But I was absolutely wrong: Mr Winner wanted the lectern purely because recent illness had made it difficult for him to sit down for prolonged periods of time.

And he really made use of that lectern as a prop, effortlessly working the crowd like an old time circus barker luring people into his sideshow. Unguardedly dispensing yet more entertaining tales of years gone by, and reworked variations of familiar stories, he was cordial, funny and expansive one moment, yet could deliver short shrift the next, as he did to one unwise questioner who was less than complimentary about Jill Ireland’s acting.

He’d also found out that it was my 40th birthday, and demanded that the audience give me a round of applause, whether they wanted to or not (they didn’t want to, but they weren’t going to argue with Mr Winner). This, as you would expect, won me over, and I felt very guilty for ever wondering about that lectern. 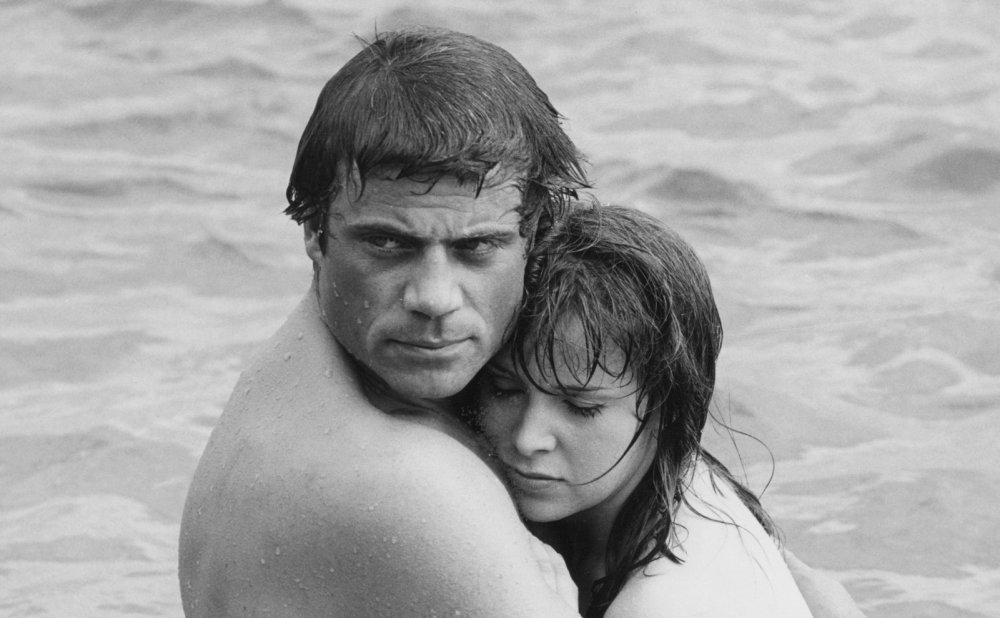 Oliver Reed and Jane Merrow in The System (1964)

By the time of our third meeting, Mr Winner’s health had declined greatly and he seemed worryingly frail as he arrived at BFI Southbank, supported as always by his wife Geraldine. I wondered if he would be able to manage. But as soon as he got on stage it was like flicking a switch – suddenly, once again, here was the Hollywood director-raconteur of old. The time-honed stories were energetically dusted down once more, to the obvious enjoyment of those assembled.

Perhaps it was the sight of his old director’s chair, emblazoned with his name (delivered at his command to the cinema especially for the event), in which he sat spot-lit at centre stage, that roused him. It was a flamboyant, egocentric gesture, perhaps, but an undoubtedly effective one. It made a special event extra special.

As he got the audience laughing once more, punctuating his stories of Oliver Reed, Charles Bronson, Orson Welles and all the rest with his unique brand of controversial commentary on the modern world, he was in his element once more. Before that night he may not have sat in that director’s chair for a while, but he remained a defiant showman to the last.