With new films such as From the Sea to the Land Beyond and London: The Modern Babylon finding fresh, imaginative uses for archive film, curator Patrick Russell ponders the power of found footage as a means of time travel into the past. 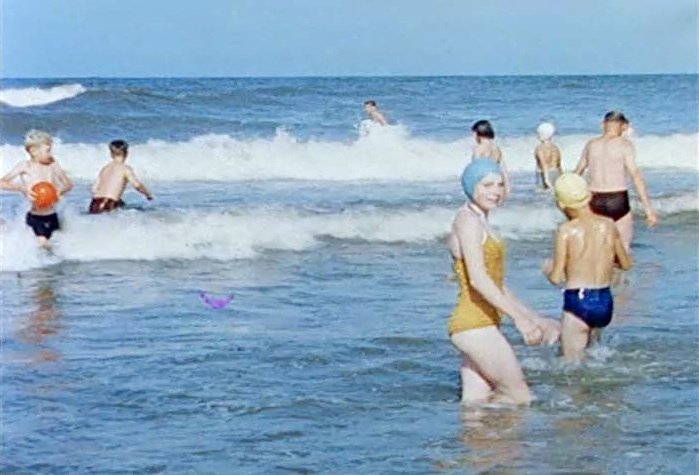 From the Sea to the Land Beyond, an exploration of the British coastline made from over a century’s worth of archive film, is one of several recent revivals of a timeworn genre. With the recent release of Penny Woolcock’s meditative feature on DVD, following popular screenings and a triumphant BBC4 broadcast, now’s a good time to think analytically about its genre’s newfound popularity.

Works like From the Sea to the Land Beyond are neither exactly documentaries nor purely experiments but mood pieces riffing on a theme, often set to new scores underlining (or imposing) mood and meaning. Boundaries are fuzzy. Some edge towards ‘experiment’, like Bodysong (2003), precursor to the current trend, by artist-filmmaker Simon Pummel. Others veer towards narrative, like Julien Temple’s London – The Modern Babylon (2012). 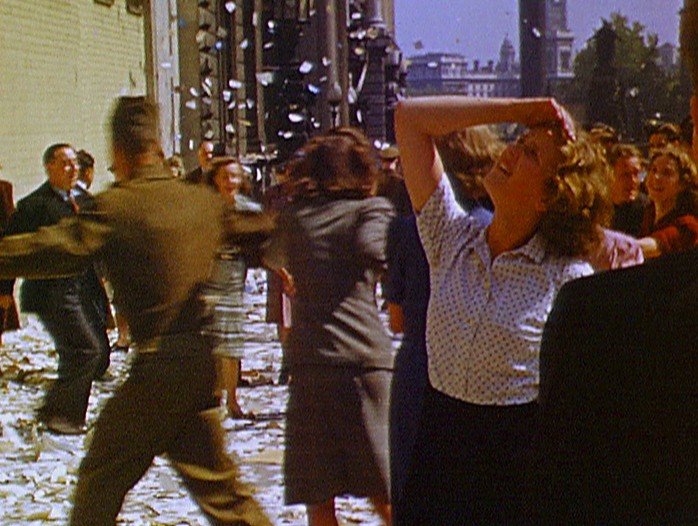 Why now? As early cinema slips from living memory, we increasingly appreciate film not just as storyteller but as vicarious time machine. The onward march of digital production meets growing volumes of digitally available analogue content.

Genre scholars, then, are duly advised to examine economics and logistics as carefully as aesthetics. Materials, rights and arrangements simultaneously permit and delimit the artistry. So does rigorous film research: an established skilled profession (rarely do directors find their own footage). And by addressing modern viewers through extracts from archive films, each new work revives specific chunks of cinema’s past. Paradoxically, it’s the bits of film history most often (and most unjustly) written off as scrap that tend to get showcased by these streetwise modern productions.

Mirror to the Soul (2012) is a partnership with British Pathe. As Ashley Clark argues, its confinement to a single studio’s output benefits it. At once history, celebration and critique of Pathe’s filmmaking, it’s also inventive marketing for a production company whose instantly recognisable house style belies the many items unfamiliar even after 10 years’ easy online access.

From the Sea to the Land Beyond is a multiply-funded partnership with the BFI. Bill Morrison, in The Miners’ Hymns (2010), likewise extensively uses BFI collections. New York-based Morrison, best known for 2002’s Decasia (at the experimental end of ‘found footage’), was a bold directorial choice for a celebration of north-east English coalmining heritage.

As a BFI archivist, I’m engrossed by both but perhaps the least suitable reviewer of either. Happily spotting large chunks of source material, I was sporadically thrown by footage I couldn’t quite place. Much of the ‘makeweight’ for both films, ballasting titles from the Central Office of Information, British Transport Films and the National Coal Board, derives from Topical Budget (a newsreel less well known than Pathe’s, though for its first 20 years its major competitor).

I find Woolcock best when she’s most actively disrupting her sources by re-editing, Morrison best when he’s hewing closest to his. Woolcock three times compresses but substantially retains inherited shot structures: Cunard Vessel at Liverpool (1901; the most disciplined, least ‘primitive’ film Mitchell and Kenyon ever made); John Grierson’s Drifters (1929; a momentous ‘sea to land’ cinema, self-consciously borrowing Soviet editing principles, and launching an entire movement); and the Grierson-supervised Seawards the Great Ships (1960).

The originals are unusually well-photographed and cut, so unsurprisingly work superbly. But I was more excited by sequences where Woolcock gets creative with multiple shots from lesser productions. 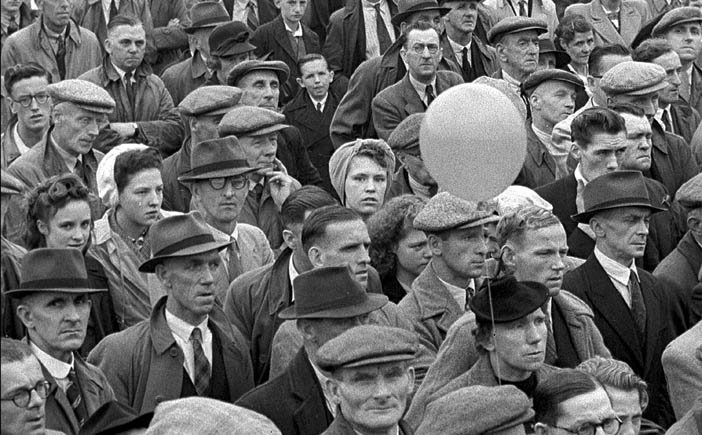 Morrison, meanwhile, excels in his final sequence of Durham Galas. Alongside multiple Topical Budgets, he borrows extensively from The Big Meeting and Gala Day, both made at the 1963 Gala by opposing traditions (respectively, classical industrial documentary and Free Cinema-style independent production). Here finally reconciled, they exemplify the genre’s simultaneous recontextualisation and decontextualisation of quoted films.

The genre works best when creative in its own right and a trigger for viewers to seek out unedited, contextualised originals. I have my preferences among the current crop, but can only welcome the trend: keeping collections in the public eye and making them matter to modern viewers.