BFI Southbank’s monthly African Odysseys programme continues with a screening of The Pirogue, a seagoing adventure drama which hints at a resurgence for a troubled Senegalese national cinema. 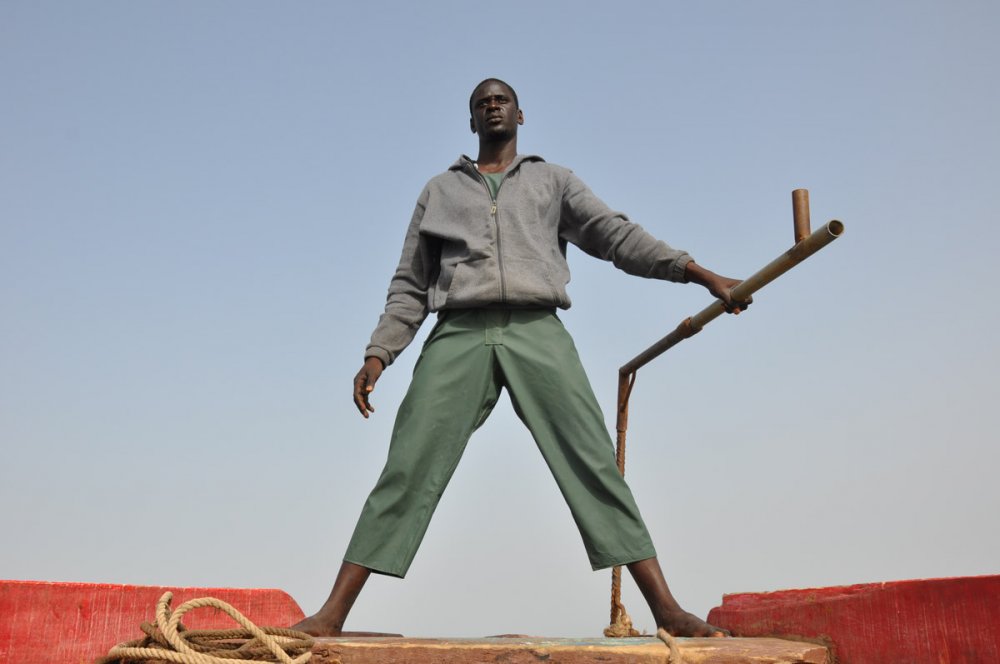 Emerging at a time in which Senegalese cinema is experiencing severe difficulties with funding, production and exhibition, Moussa Touré’s The Pirogue (a French-Senegalese co-production) is an intense drama which manages to be both fiercely contemporary and mythically haunting.

It tells the story of Baye Laye, a retired boat captain who reluctantly agrees to take a group of 29 African men across the Atlantic Ocean to Spain aboard a small ‘pirogue’ (a flat-bottomed, wooden fishing boat).

Following a languorous opening which immerses us in the characters’ daily lives, the men say goodbye to loved ones and head out to sea. On the boat, the revelation of a female stowaway provokes some tension, and there are arguments between the different ethnic groups. Working on a tight budget, Touré, alongside cinematographer Thomas Letellier, manages to craft an impressive atmosphere of suspense. The editing rhythms simultaneously bring to life the group dynamic, the spatial dimensions of the boat, and the constant danger of the situation.

The Pirogue is exceptional in the way it deals with a political hot-potato issue in a clear-eyed, compassionate manner. Across much western media, we’re used to the trope of helpless, cowering stowaways being revealed or exposed. The Pirogue recalibrates that clichéd narrative, and presents us with the journey in its fullness. Replacing helpless political ciphers, we get direct access to these characters’ hopes and fears. We see them at their best and worst: bickering, communing, scheming and dreaming. 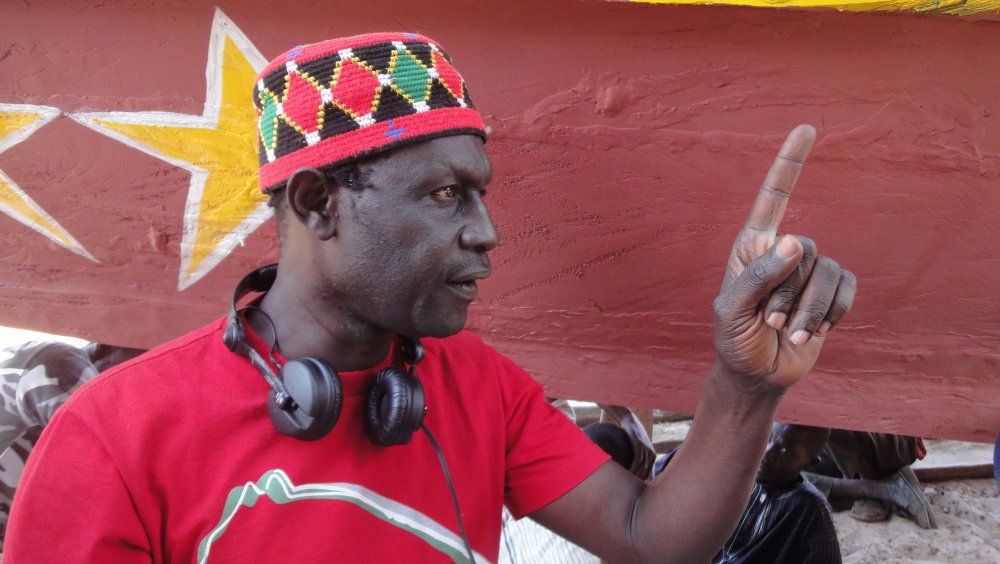 Moussa Touré on the set of The Pirogue

“[The situation the film depicts] is an everyday reality in my country,” said Touré in a recent interview with CNN. “In Dakar, young people attempt these journeys practically every day because they have no hope for their future … They are often educated young people with qualifications, and they pay a lot of money to be smuggled out of the country, because they have no choice.” The film is dedicated to the 30,000 Africans who, between 2005 and 2010, attempted to make similar journeys; 5,000 lost their lives.

One of the film’s core themes — the lack of opportunity in Senegal – is somewhat reflected in the recent state of the Senegalese national cinema, which a recent Agence France-Presse (AFP) report alarmingly described as “dying a slow death”. Senegal was once at the forefront of African cinema in the two decades following the country’s independence from France in 1960, with directors such as Djibril Diop Mambéty (Badou Boy, 1970; Touki Bouki, 1973), Safi Faye (Kaddu Beykat, 1975) and Ousmane Sembène (Black Girl, 1966; Xala, 1975) receiving widespread international acclaim. 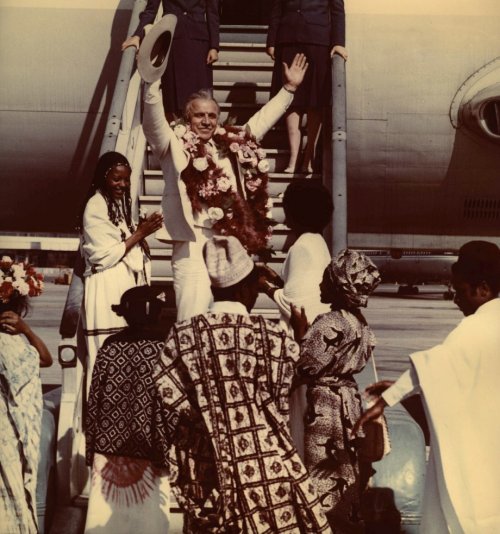 This movement was briefly solidified in 1973 with the government creation of a Société de Cinema (SNC) within the Ministry of Culture, the purpose of which was to encourage national production in documentary and fiction film. Though ultimately short-lived, it had a big impact on the country’s national cinema, and represented a constructive answer to the tricky entanglements of direct post-colonial funding structures.

Sadly, the aftermath of an economic crisis in the 1980s ushered in a period of financial abandonment of the cinema by the government. Sembène, for example, did go on to direct more feature films, but largely only due to ongoing investment by American film companies. The majority of films which have been produced in the period since the early 1980s have almost entirely been financed from abroad and exhibited at international film festivals rather than in Senegal.

Senegalese cinema culture, not just production, has suffered drastically as a result of the downturn in funding. In recent years, reports AFP, more than 80 cinemas have closed, and of the few to have survived, most can only afford to screen inexpensive repertory cinema. This means films such as The Pirogue – which offer urgent, passionate comment on national issues – are unlikely to seen by the average Senegalese. Some hope arrived in 2002 when then-president Abdoulaye Wade signed a decree designed to support and regulate the industry, but it was never implemented. 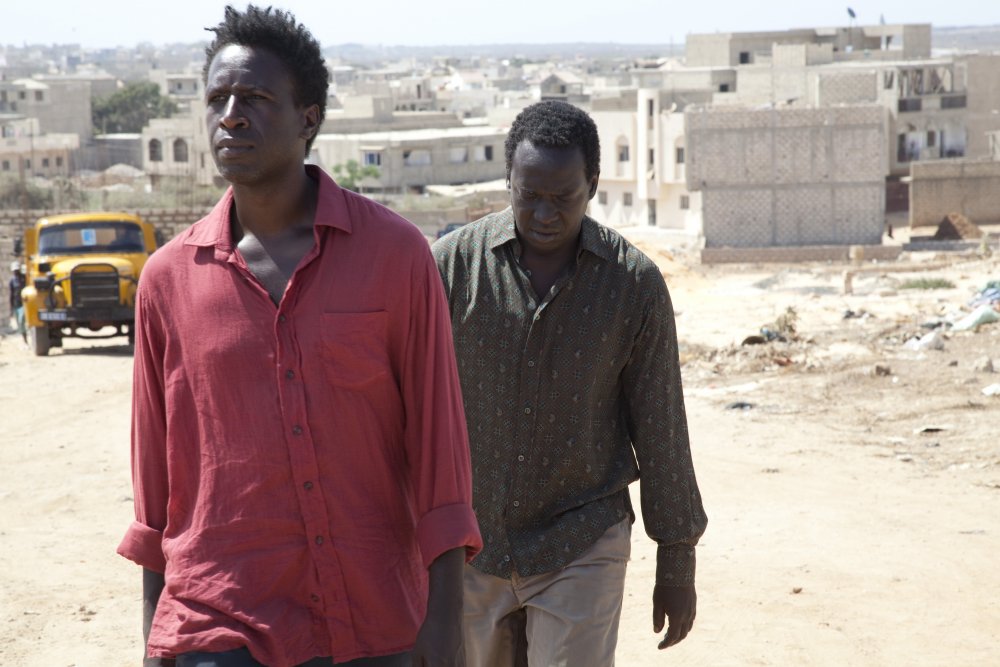 Despite such restrictions, a new wave of Senegalese filmmakers has emerged, including directors like Touré and Alain Gomis (whose exceptional film Tey played at Cannes and London Film Festivals in 2012). Director Mariama Sylla, meanwhile, is part of a group – the wonderfully named Collective of Indignant Senegalese Film-makers – which actively puts pressure on the government to rethink its culture strategies.

And there is further optimism on the horizon. The appointment in April 2012 of a new Culture Minister in musician Youssou N’Dour (perhaps best known in the UK for ‘7 Seconds’, his 1994 hit with Neneh Cherry), has inspired hope.

In June 2012, N’Dour published a report stating that the country’s film industry crisis is “symptomatic of the non-existence of state support.” He has also promised “the real revival of cinema in 2013”. Many hope this will take the form of genuine investment in the country’s wealth of cinematic talent, so it is not dependent on backing from other nations, can hold onto its indigenous filmmakers, and can rebuild its cinema culture. Fingers are crossed.