That Ealing moment: The Man in the White Suit

Is this Ealing’s most cynical scene? Curator Mark Duguid remembers a morally twisted moment in the 1951 comedy The Man in the White Suit. 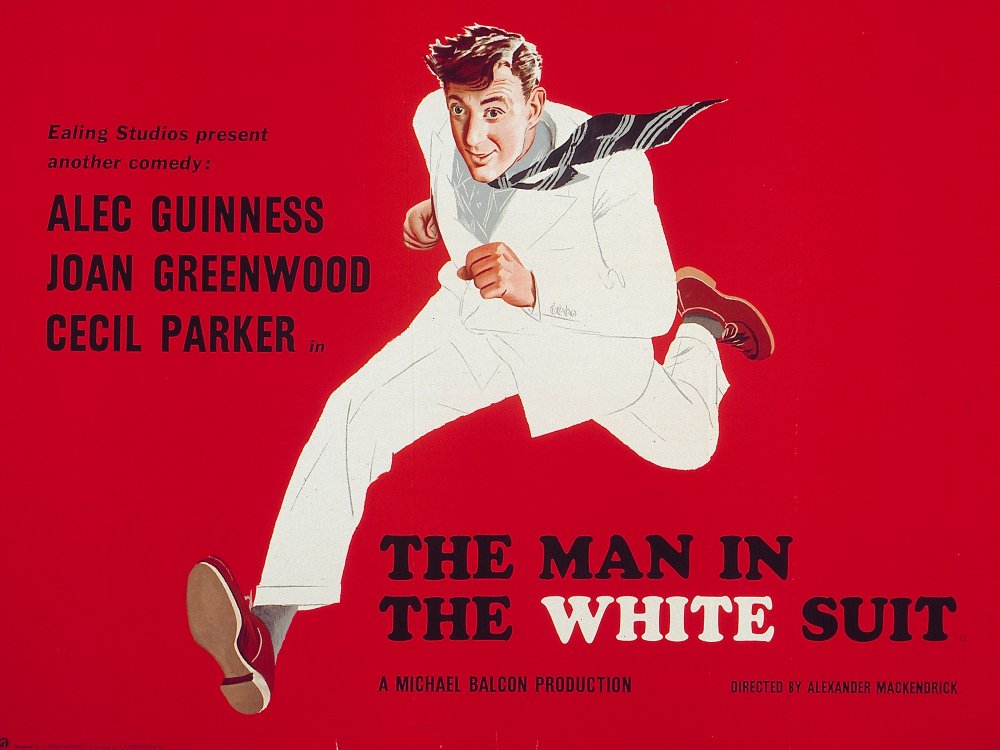 The centrepiece of our exploration of Ealing’s ‘dark’ side is quite rightly Robert Hamer’s unfairly overlooked mini-masterpiece, It Always Rains on Sunday (1947). It’s one of the great postwar films, as richly murky as the best of the Hollywood films noirs, and it’s crammed full of compelling sequences, not least the magnificent climax, in which John McCallum’s desperate escaped convict Tommy Swann is cornered by police in a goods yard.

But if I had to pick one scene that most perfectly expressed just how dark Ealing could get, I’d look to another film – a comedy, no less – made by a different director: Alexander Mackendrick’s The Man in the White Suit (1951).

As anyone who’s seen it will remember, The Man in the White Suit relentlessly works through the implications of an apparently desirable scientific breakthrough – the invention of a dirt-resistant, unbreakable fabric – by a timid genius of a chemist, Sidney Stratton (Alec Guinness), so nondescript that even his own colleagues barely notice him.

Sidney’s invention at first excites his boss, who spies a commercial advantage – until he realises, along with his business rivals, that clothes that never wear out would mean the death of the entire industry. The trade unions, meanwhile, can see nothing but ruin for their members. The unholy alliance of capital and labour against the threat posed by this meek little man is played out to devastating satirical effect (apparently to the annoyance of Ealing boss Michael Balcon), in what must count among Ealing’s most entertaining 85 minutes.

It’s a clever and often cynical film – as dark in its own way as the more obviously ‘black’ comedies Kind Hearts and Coronets (1949) and The Ladykillers (1955) – but one particular scene has always struck me as breathtakingly, take-no-prisoners cynical. 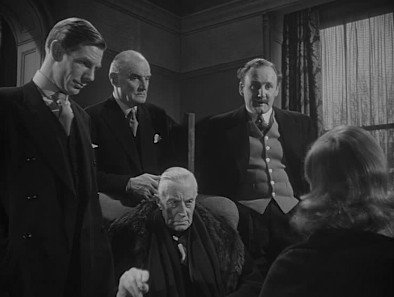 It takes place roughly an hour in, in the grand home of textile baron Alan Birnley (Cecil Parker). He and his fellow industrialists – led by the wizened, wheezing Sir John Kierlaw, played by the great Ernest Thesiger (and apparently modelled on Ealing’s music director Ernest Irving) – have imprisoned the unhappy Sidney while they try to figure out how to suppress his invention. 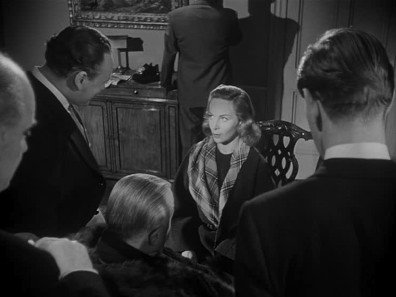 To get the sense of what’s going on, and just how subtly it’s hinted at, it’s probably necessary to recall the exact dialogue, starting after the gist of the situation has been explained to Daphne:

D​aphne  But if you aren’t able to persuade him, why should I be able to?

Cranford (Visibly uncomfortable) All men are susceptible Miss Birnley, I… I need hardly tell you that… you’re a very attractive girl…

Daphne (Unsettled, taking in the implication) Thank you… (Recovering her composure, turning to her fiancé) Well, Michael? What do you say?

Cranford There’s no need to explain what’s at stake. When I tell you that we’ve already offered Stratton a quarter of a million, you can see for yourself.

Daphne I can indeed. But since we’re on the subject of price, what do I get out of it?

Daphne  I… I haven’t had much experience of these sort of things, but I’ve always understood that it was comparatively well paid.

Michael (At the same time) Daphne, I…

Daphne Agreed. It’s a pleasure to do business with you, Sir John. 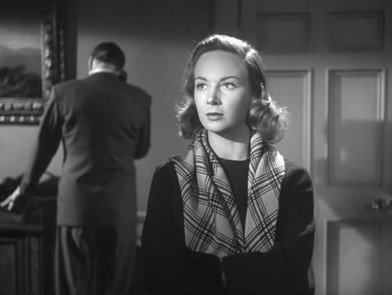 Daphne’s father is on the phone during this whole conversation, so is completely oblivious. All the same, it’s a shocking exchange, particularly for a British film as early as 1951 (and it’s a small miracle that it got past the censors). Without anything being expressed directly, it’s clear enough what’s meant by ‘these sort of things’: seduction for money – prostitution – to serve the commercial interests of a group of male business leaders, among them Daphne’s own fiancé. 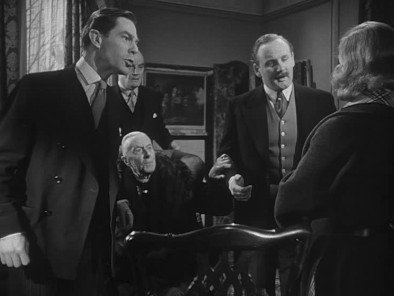 In the event, of course, Sidney is not so easily tempted (in fact, like many Ealing characters, he’s not really a sexual being at all), and so the full implications of the conversation can be safely forgotten. Even so, it’s the blackest episode in an unusually morally complex comedy, and probably Ealing’s most magnificently cynical moment.