The discreet charm of the perfect martini

Luis Buñuel once claimed never to have had the ‘bad luck’ to miss his daily cocktail: ‘Where certain things are concerned, I plan ahead.’ On the anniversary of the great director’s birth, Nathalie Morris gets out the gin to recreate his personal martini recipe. 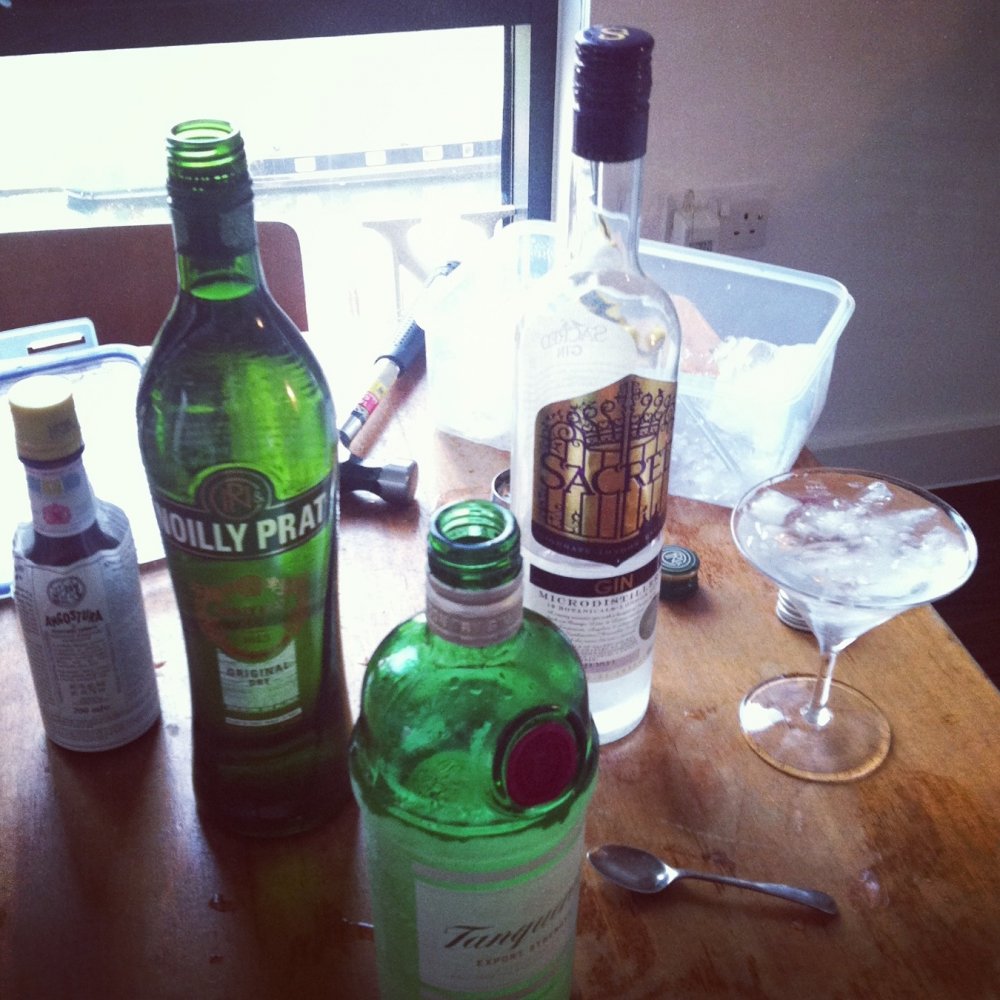 “No cocktail – nor any mixed drink – has more mystique, folklore, legend and anecdote surrounding it than the Dry Martini.” So says my 1966 paperback edition of Booth’s Handbook of Cocktails and Mixed Drinks. And it’s true – never has there been a drink that’s acquired such an aura of sophistication and glamour, while giving rise to such a host of strongly declared personal preferences and strict instructions for how it should be created and consumed. 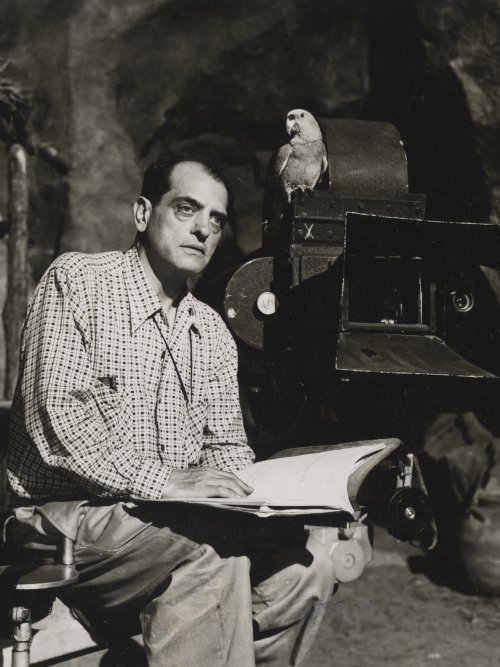 The cinema has contributed hugely to this, from Mae West’s quip about slipping out of wet clothes and into a dry martini in Every Day’s a Holiday (1937) to the insistence that a martini should be shaken rather than stirred (heresy to many cocktail aficionados) in films such as The Thin Man (1934) and Dr. No (1962). Whether James Bond’s vodka-based drink counts as a martini at all is subject to debate.

Over the years a number of movie stars and directors have shared their own recipes for the definitive martini. The gin-loving Alfred Hitchcock preferred his very dry with just “one short glance at a bottle of vermouth”, but the most famous paean to the martini is perhaps courtesy of the surrealist Spanish filmmaker Luis Buñuel.

Although Buñuel used the rituals of cocktail making and drinking to send up the pretentious middle classes in his 1972 film The Discreet Charm of the Bourgeoisie, he was himself a serious martini man. In his autobiography, My Last Sigh (1983), he waxed lyrical about the drink, confessing that it had played a “primordial” role in his life.

Like Hitch, Buñuel favoured the dry martini. Musing on the ratio of gin to vermouth he remarked that:

Connoisseurs who like their martinis very dry suggest simply allowing a ray of sunlight to shine through a bottle of Noilly Prat before it hits the bottle of gin. At a certain period in America it was said that the making of a dry martini should resemble the Immaculate Conception, for, as Saint Thomas Aquinas once noted, the generative power of the Holy Ghost pierced the Virgin’s hymen “like a ray of sunlight through a window – leaving it unbroken”.

Buñuel goes on to offer readers directions for making his own version of the martini:

Another crucial recommendation is that the ice be so cold and hard that it won’t melt, since nothing’s worse than a watery martini. For those who are still with me, let me give you my personal recipe, the fruit of long experimentation and guaranteed to produce perfect results. The day before your guests arrive, put all the ingredients – glasses, gin, and shaker – in the refrigerator. Use a thermometer to make sure the ice is about twenty degrees below zero (centigrade). Don’t take anything out until your friends arrive; then pour a few drops of Noilly Prat and half a demitasse spoon of Angostura bitters over the ice. Stir it, then pour it out, keeping only the ice, which retains a faint taste of both. Then pour straight gin over the ice, stir it again, and serve.

In anticipation of the director’s birthday (he was born on 22 February 1900), Sunday afternoon was devoted to following his carefully tried and tested instructions in an effort to produce the ‘perfect’ martini. Having only Martini Dry Vermouth in my cupboard, I dutifully went out on Saturday and bought some Noilly Prat, before following Buñuel’s instructions to put bottles, glasses and cocktail shaker into the fridge in preparation for the following day. 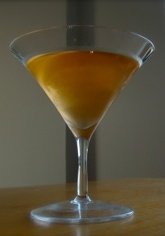 In terms of the type of gin required, Buñuel specifies only that it must be English. We experimented with a couple, both suitably chilled. First Tanqueray and then Sacred, a newer and less well-known gin which comes from a home distillery based in north London. The use of Sacred Gin seemed quite appropriate given a) Buñuel’s reputation as a satirist of organised religion b) his above reference to the Immaculate Conception and c) that it was a Sunday.

We tested multiple versions of the drink, mostly because Buñuel’s unorthodox inclusion of Angostura bitters detracted from the pure martini taste and made an alarmingly orange-coloured drink. Eventually we made a variation that was more subtle in flavour and colour, with just the vaguest hint of Angostura. This was my favourite of the bunch.

I must confess that I didn’t use a thermometer to check the temperature of the ice but everything was very cold so we successfully avoided the horror of the too dilute martini. 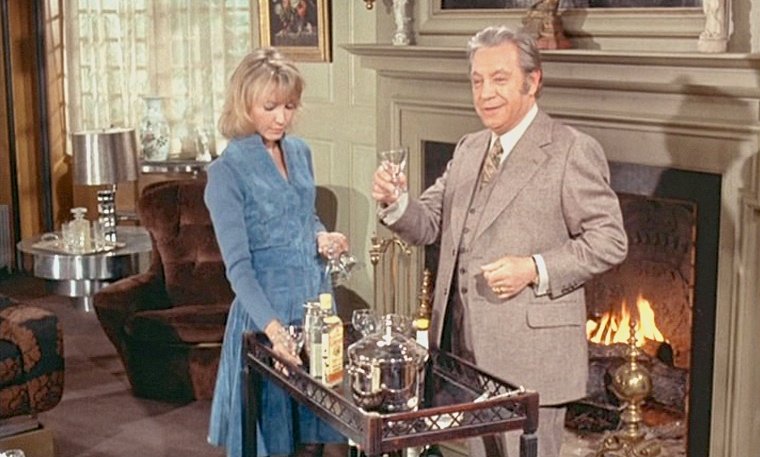 The Discreet Charm of the Bourgeoisie (1972): A classic cone-shaped glass is best

For additional guidance on consuming cocktails Buñuel-style, it was necessary to turn to The Discreet Charm of the Bourgeoisie. The film’s famous martini scene confirms that “a classic cone-shaped glass is best.” It also notoriously asserts that “a dry martini should be sipped like champagne” – and not gulped down in one go, in the manner of Maurice the chauffeur whose thirsty guzzling of the carefully assembled drink arouses the contempt of the middle-class guests (“no system can give the masses the proper social graces”). 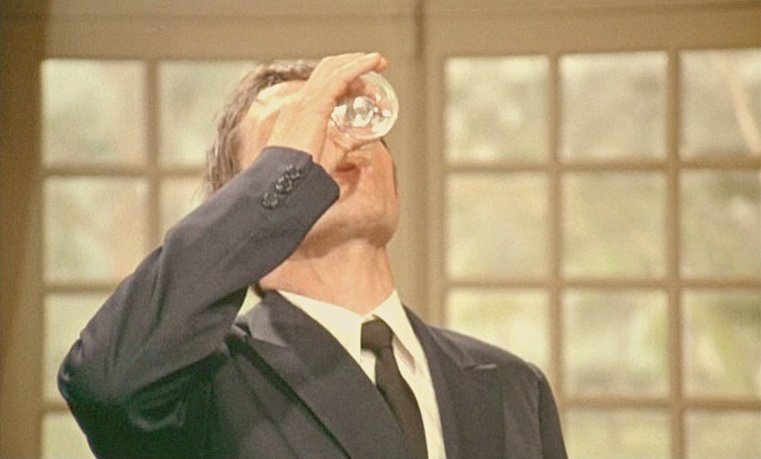 Maurice the chauffeur knocks back a martini

Given that Buñuel was himself an iconoclast, I hope he’d find it a suitably fitting tribute that by martini number four we decided to diverge from his strict instructions and rather naughtily add an olive garnish.

If you choose to celebrate Buñuel’s birthday with a perfect martini or two, I’d strongly recommend going one step further and following your drinks with a substantial meal. With luck you’ll fare better than the characters of The Discreet Charm and actually get to sit down and eat, and better than those of The Exterminating Angel (1962) and manage to go home afterwards… perhaps feeling just the teeniest bit worse for wear.