Curator Josephine Botting reveals how a reel of film found in a house in Sussex sheds unexpected light on a time actor Charles Laughton spent in Texas in the 1950s. 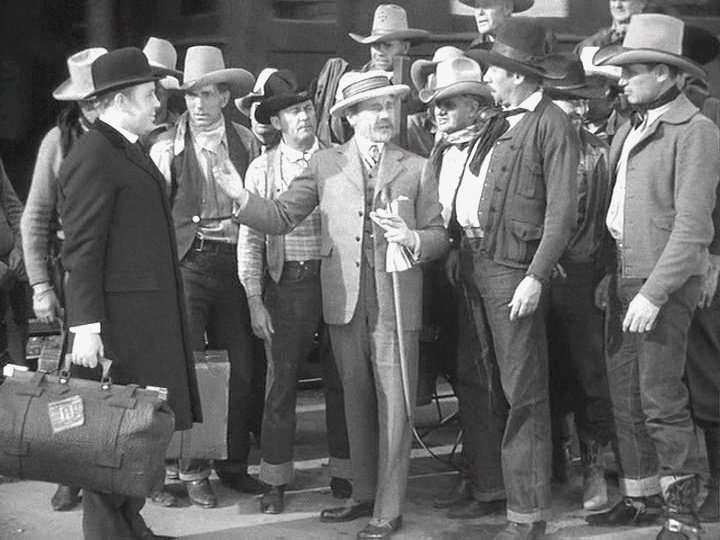 Charles Laughton (left) out west in Ruggles of Red Gap (1935)

What connects Charles Laughton, a house in rural Sussex and a small Texas theatre? This was the conundrum posed last year when a member of the public contacted the BFI National Archive offering a reel of 16mm film found in a house clearance.

The house is in a tiny village in West Sussex. It must have belonged to someone with theatrical connections judging by the papers found there, some of which relate to Orson Welles and Charles Laughton. As well as papers, a reel of film was found, still in the packaging it was posted in back in 1958, which revealed that it had been sent to Laughton from the Theater Department of Baylor University in Waco, Texas.

Laughton had been living in Hollywood for 22 years, but had come to London to direct and appear in Jane Arden’s new play The Party at the West End’s New Theatre (now the Noël Coward Theatre). Albert Finney and Laughton’s wife Elsa Lanchester also starred, in what was Laughton’s final bow on the London stage.

When the reel arrived at the BFI, the condition of the packaging suggested that it had never been watched and it was with great anticipation that I put the film on a viewer, hoping it might contain rare footage of Laughton himself. 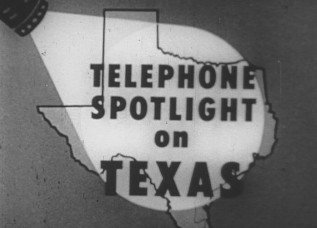 Slightly disappointingly, it turned out to be a local interest item made for US television in 1957 entitled Spotlight on Texas, focusing on the Baylor Theater and its director Paul Baker. Since it wasn’t British and didn’t feature Laughton, the film didn’t fit the archive’s acquisition policy but it did make me curious as to why the film was sent to Laughton all the way from Texas.

A colleague suggested offering the reel to the Texas Archive of the Moving Image (TAMI), who were thrilled to hear of our find. With the donor’s consent, the film was repatriated to them. TAMI’s Administrative Co-ordinator Susan Dirks called the film “a wonderful piece of Texas history” and it was digitised straight away.

TAMI also did some research which supplied the final pieces of the puzzle, turning up a recent article in the Waco local paper. It turns out that on 8 December 1953 Laughton brought his one-man show to Baylor’s Waco Hall, giving recitations from the Bible and literary works.

While there, he caught a performance of Paul Baker’s innovative production of Othello, in which the tragic hero was played by three different actors, each conveying a different aspect of the character. Laughton apparently declared it “the most exciting piece of theatre in America” and went on to help Baker to organise a similar production of Hamlet, enticing Hollywood star Burgess Meredith to come and play the central role. 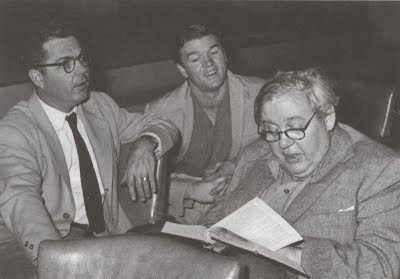 During the two months of rehearsals, Laughton stayed in Waco to give the actors assistance with their diction. Susan Dirks observes that Laughton “must have enjoyed working with Baker very much to stay in Waco for two full months during the Burgess Meredith production – it was a very small, conservative city in those days.”

Hamlet opened on 5 May 1956 and the entire run sold out three weeks in advance, with people travelling from all over the US to see it. On the back of its success, Baker revived the play the following year, although without its star.

Meredith and Laughton were not involved, as they were by then appearing on Broadway in George Bernard Shaw’s Major Barbara, but they persuaded the management to darken the Morosco Theatre for one night so that the entire cast, which also included Eli Wallach, could fly to Waco to see the show.

When the 16mm reel arrived in the post, little did I realise that it would trace a connection across the Atlantic and uncover a little-known incident in the life of a great British actor. Unusual finds such as this are quite rare, but piecing together the story behind them is one of the things that makes the job of a film archivist so satisfying, especially when, like this one, they fill a gap both in moving image and theatrical history.