Bitter victory: Ealing’s The Ship That Died of Shame

Sailing against the tide of nostalgic 1950s war dramas, The Ship That Died of Shame tells a darker story about Britain in the postwar years. Curator Dylan Cave champions one of Ealing’s best final films. 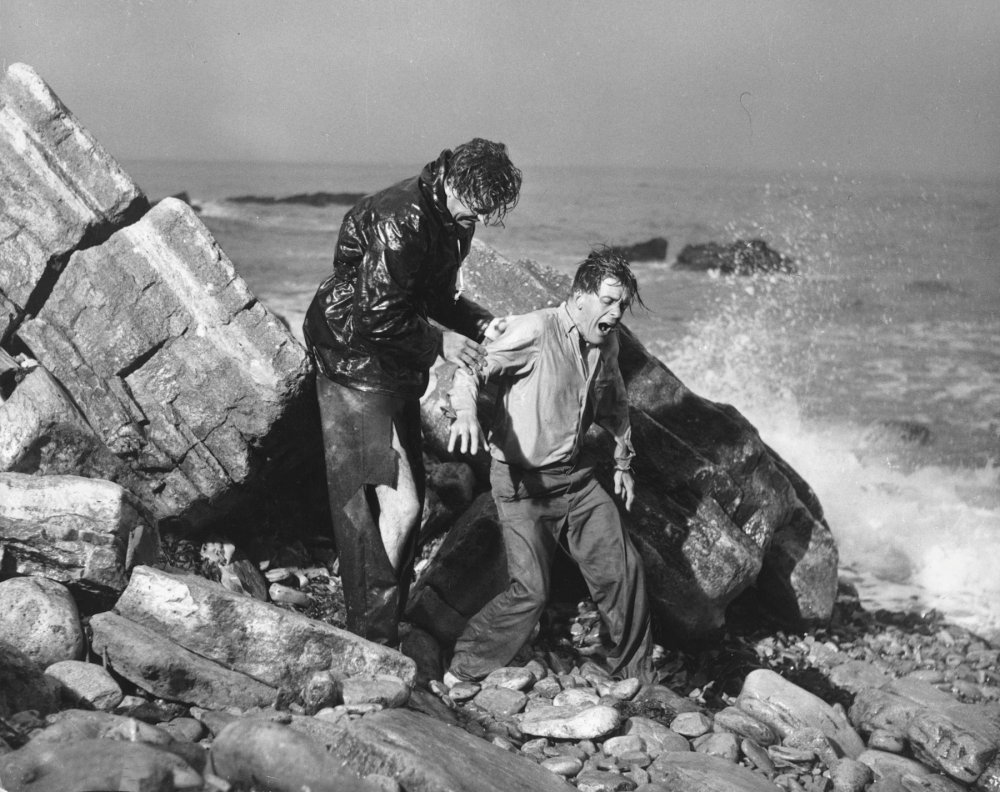 1955 wasn’t an easy year for Michael Balcon’s Ealing Studios. Its most recent comedies – Alexander Mackendrick’s entertaining but brittle The ‘Maggie’ (1954), the misfiring celebrity spoof The Love Lottery (1953) and a satire about TV, Meet Mr Lucifer (1953) – failed to reach big audiences.

The film industry was facing tough competition from television, but the strategies other studios used to entice audiences – widescreen, 3D, increasingly epic scale – clashed with Ealing’s identity. Worst of all, Ealing’s 10-year relationship with The Rank Organisation came to an unpleasant end, causing a financial crisis that forced Balcon, at the end of the year, to sell the studios on Ealing Green to the BBC.

But the Ealing story wasn’t over yet. Balcon secured a co-production deal with MGM, relocated his operation to Borehamwood, and continued production under the banner Ealing Films Ltd. Among his new releases were some intriguing and under-recognised films, including one of the major rediscoveries of our Ealing: Light and Dark season, Nowhere to Go (1958). And December 1955 saw the release of one of Ealing’s most celebrated films: Mackendrick’s The Ladykillers, the last of the great ‘Ealing comedies’.

Earlier in 1955 (April, in fact), another of Ealing’s fascinating final films – the genre hybrid The Ship That Died of Shame – hit British screens. The ship in question is actually a Royal Navy motor gun boat. These were small, fast vessels, equipped with a mix of guns and big enough to carry a crew of up to 30 men. The Ship That Died of Shame follows the life of one boat, MGB1087, starting from the peak of its wartime glory, through to its postwar inactivity and its rebirth in a new role: a pattern that parallels the lives of its crew. 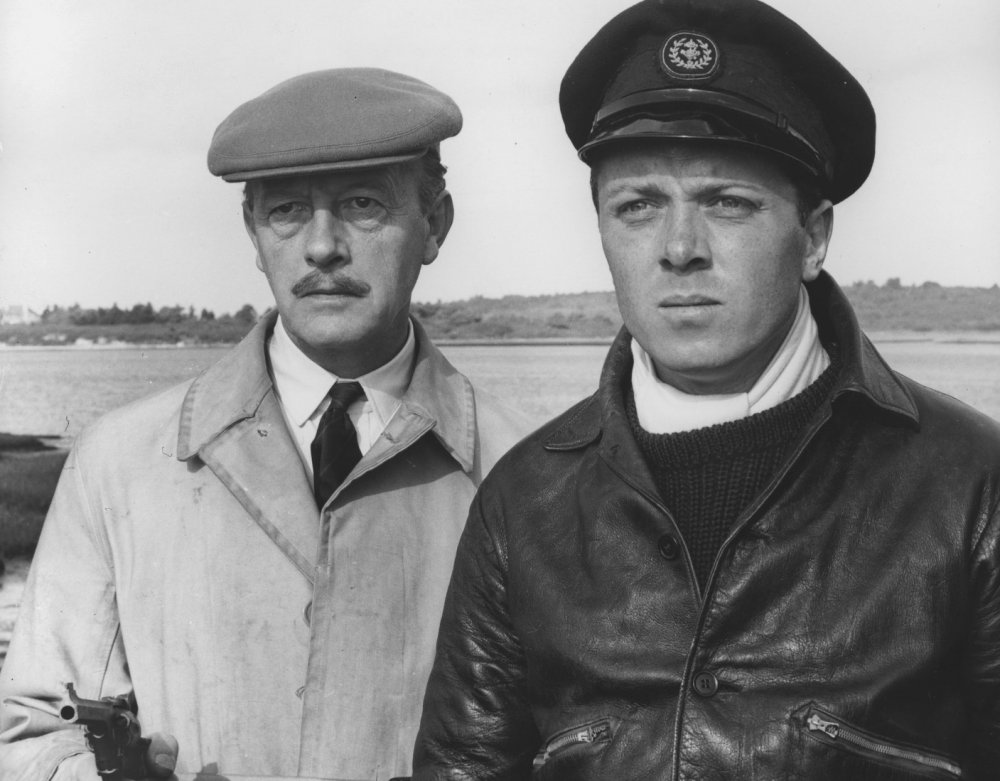 The film captures the poignant fall from victorious elation to the sudden, jarring emptiness felt by many service personnel at the war’s end. In the years since VE day, unemployment festers, the national debt is mounting, rationing still operates and the glow of victory is waning, and the heroes of 1087 have become lost in their new civilian identities. The film shares something with Ealing’s other film of a Nicholas Monserrat story, The Cruel Sea (1952), which set its celebration of Britain’s marine prowess against the heavy personal toll on her mariners.

In a performance that compares well with his crazed delinquent, Pinky, in Brighton Rock (1947), Richard Attenborough gets his teeth into the role of 1087’s spivvish ‘number one’, George Hoskins. A star first mate, whose quick thinking and opportunistic instincts served him well in military life, Hoskins persuades his old skipper, Bill Randall (George Baker), to rescue their derelict former boat. They intend to fill a gap in the black market, pitched by Hoskins as a necessary and almost benevolent activity in a ration-weary Britain.

It’s here that The Ship That Died of Shame parts company with other British war movies, taking a sudden nosedive into murkier waters. The producer/director team of Michael Relph and Basil Dearden navigate into thriller territory as rival gangs, a nervous crew, the port authority and other parties with a stake in postwar dignity – including the boat herself – react to Hoskins and Randall’s new enterprise.

But the anthropomorphic aspect of the story – can a ship really die of shame? – irritated many contemporary critics. The Daily Mail’s reviewer was typical, confessing himself “the sort of infidel to whom a ship is merely a means of proceeding through water.” Fred Majdalany in the fittingly titled Time and Tide (actually a left-wing 1920s political journal that, by the 50s, had swung to the right), wrote, “On the whole I prefer my ships to remain soulless” – a summary that misses the entire point of the film. 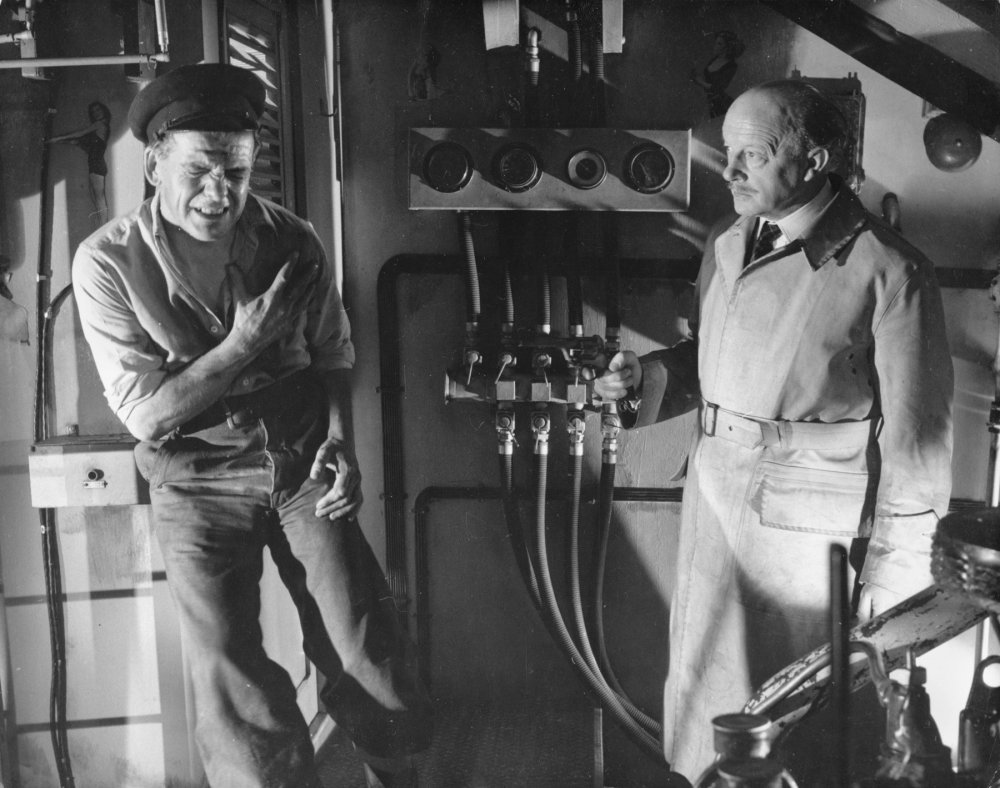 Mixing genres – war, crime, the supernatural – is a risky strategy, but it pays off here. The Ship That Died of Shame opposes the war film’s proud sense of propriety with the deviant cynicism of the crime film. In contrast with the optimism of many of Ealing’s postwar films – with their crowds pulling together; their defence of small communities against outsized corporations; the dreamlike vision of a new Britain forged in history but emboldened by progressive ambition – The Ship That Died of Shame reveals a darker side to the golden years of postwar reconstruction.

Beneath the taut tale of misadventure and criminal cartels, this Ealing film presents us with a disillusioned riposte to the wave of celebratory, unashamedly nostalgic British war movies – The Dam Busters (1955), Above Us the Waves (1955), Reach for the Sky (1956) – that dominated UK cinemas in the 1950s. The losses felt in the actual war, the displacement of military heroes in peacetime, the strain of austerity Britain are all smuggled into this gripping crime drama.

If The Ladykillers gives us a darkly comic vision of postwar Britain struggling to escape the strictures of tradition, The Ship That Died of Shame is a gritty noir-shaded flipside, confirming that the joy of the immediate postwar years – Britain’s (and Ealing’s) finest moments – are long past. Who’d have thought that the studio that gave us the giddy celebrations of George Formby, Passport to Pimlico (1949) and The Titfield Thunderbolt (1953) could sober us up with this tale of the sour taste of victory?