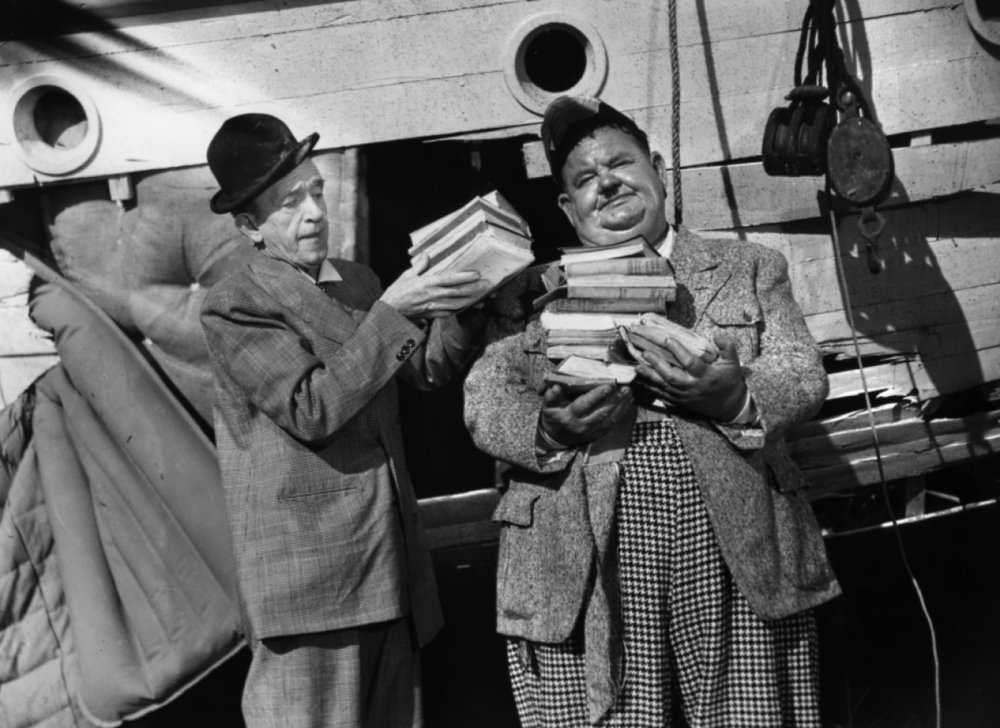 On 30 January, as part of The Flipside strand, BFI Southbank will present an evening of unusual Laurel and Hardy rarities, ranging from a 1932 film of Stan Laurel visiting his dad to a just-rediscovered, unseen 1947 UK home movie.

The core of the screening, however, will be their underestimated cinematic swan song, Atoll K (1951), in which the Boys inherit a yacht and a remote island, only to get entangled in the complexities of the international postwar world, such as taxes, politics, citizenship and the uranium race.

Shot in Europe by the comics with genuine enthusiasm, but in poor health and under chaotic production circumstances, the film has been much maligned by some fans and writers, who would rather see it erased from history than enjoy it for what it is. 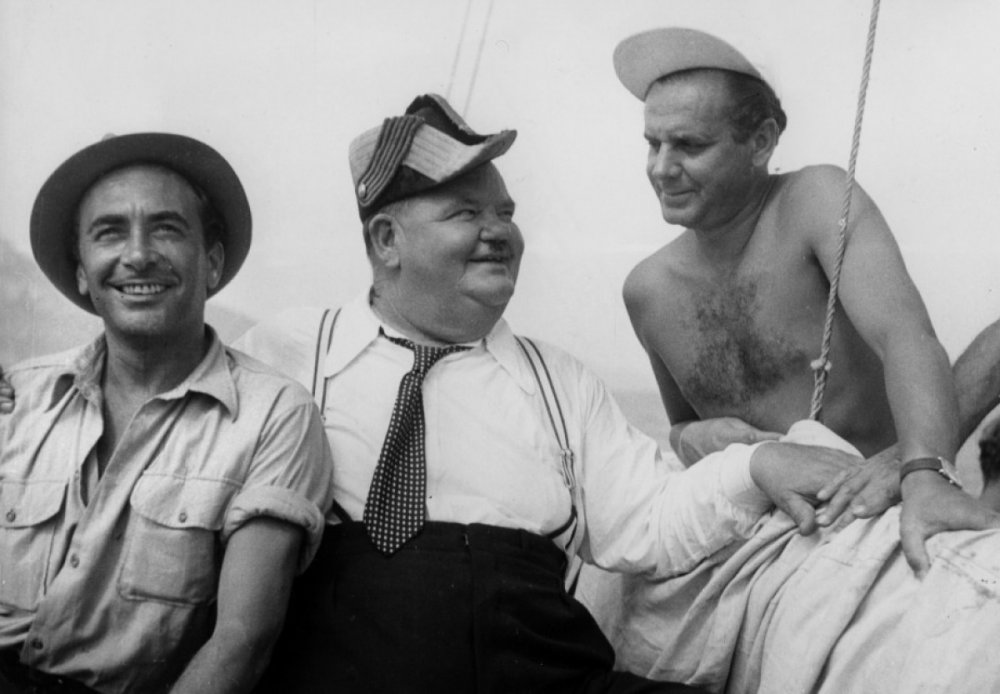 However, the film has its staunch defenders, ranging from Laurel and Hardy scholar William K. Everson in his 1967 The Films of Laurel & Hardy (read Everson’s vintage screening notes on the film here, courtesy of New York University) to German comedy expert Norbert Aping. The latter quite literally wrote the book on the film and its numerous butchered, dubbed and shortened versions (including re-edits titled Utopia in the US and Robinson Crusoeland in the UK).

Championed by Everson and Aping based on rare (and, unfortunately, visually mediocre) 16mm prints, the film’s longest version – with its extra two reels including “some of the funniest sight gag sequences” (Everson) – has practically been unseen for decades, let alone in its original technical quality. 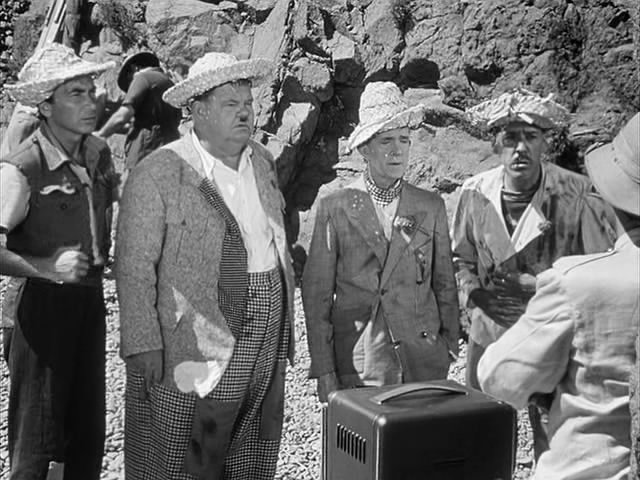 Curators, comedy historians and conservation scholars at BFI have now previewed and confirmed that the archive’s 35mm print, preserved from unique nitrate master materials in glorious black and white, does conform to the length of this longest existing (and likely never theatrically released) extended English-language version.

Running a delightful 98 minutes, it’s only a couple of minutes short of the 100 minutes worth of footage used in all the different national versions altogether. And with a splendid visual and sound quality, it allows for a fresh appreciation of the French-Italian ‘European super-production’, its sight gags and satire, even its mostly post-synched, faux American English soundtrack – the only dub incorporating the Boys’ distinctive voices in the original, on-set performances.