More Films For Freedom: Learn more about the selected films and meet the teams behind them

A series of separate cross-cultural collaborations between UK-based LGBTIQ+ filmmakers and storytellers from countries in Africa and the Middle East, More Films For Freedom will premiere on the British Council’s Arts YouTube channel and BFI Player, with each title streaming free for a month throughout summer 2020 to coincide with Pride.

The three films were awarded a grant from the British Council of £10,500, to cover all stages of production. Each team have worked with Executive Producer Loran Dunn (former Screen Star of Tomorrow, BFI Vision Awardee, and producer, A Deal With the Universe) whose support was provided alongside their funding, to mentor both team and project from script through to edit.

More Films For Freedom builds on the success of the Five Films For Freedom digital campaign, which originated in 2015 as a partnership between BFI Flare: London LGBTIQ+ Film Festival and the British Council, and which has generated views from nearly 14 million people in 202 countries and principalities since 2015. In previous editions of the campaign, a gap was found in projects and stories originating in countries within the African continent and the Middle East. In response, this year’s More Films For Freedom is supporting three collaborations between filmmakers in the UK and countries in those regions.

Learn more about the projects and meet the filmmaking teams behind them. 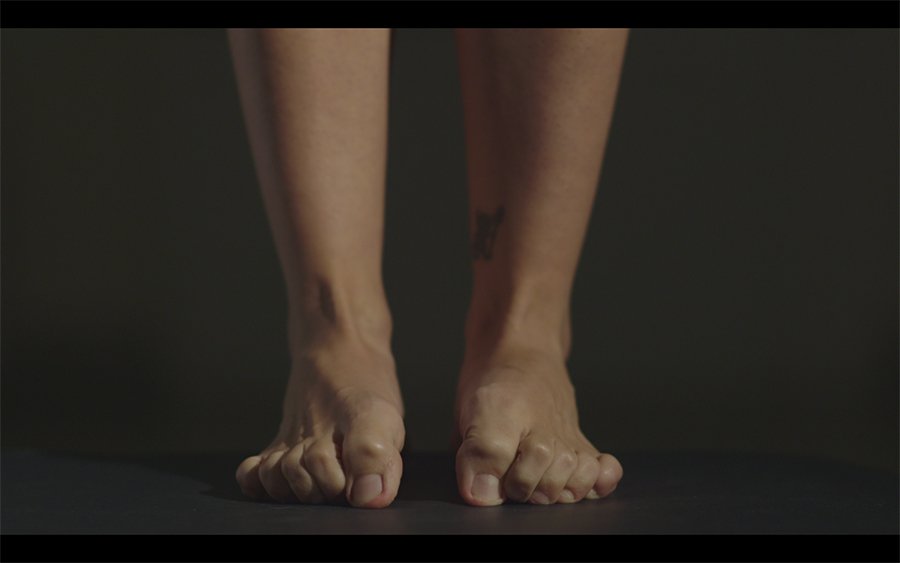 Synopsis: Our bodies store memories. The body does not forget. A childhood in Damascus, OCD, the revolution, falling in love with a woman. My body remembers, it keeps the trauma. And after all the losses, I had to start listening to my body.

About the team:
Madonna Adib (director): Madonna Adib (Damascus-Syria, 1986) received her B.A. in Fine Arts (University of Damascus 2008) and BA in Film Animation at Concordia University (2012). She created experimental documentaries, which have screened internationally in festivals and art museums. She lives in Beirut and works as a freelance writer and filmmaker. Her work revolves around LGBTQ+ rights, identity and migration. She is one of the six founders, and photographer, in the project Syrian Eyes of The World, created in 2014. In 2016 she worked as a photographer with the Canadian National Film Board for a film shot in Beirut, about the Syrian refugee crisis. She was associate producer for the film Maram. In 2018 she finished her short documentary, An hour and 30 years, produced by Beirut-based production and training outfit Bidayyat. She has two films in development, a short fiction about the LGBTQ+ community in the beginning of the Syrian revolution, and a feature documentary about four Syrian women who leave their families and take off their veils.

Noé Mendelle / Scottish Documentary Institute (producer): After graduating in Anthropology and Women’s Studies, Noé started her film career with Steel Bank Films (1982), a Channel 4 film workshop based in Sheffield. She is an experienced director and producer on the international scene, having worked on numerous documentaries with wide range of emerging and established talent, both for broadcast and theatrical release. In 2003 she set up Scottish Documentary Institute (SDI) and over the years devised several talent ladder award-winning schemes: Bridging the Gap, This is Scotland, Right Here, Stories and Edinburgh Pitch. She has executive-produced SDI films including Freedom Fields, Time Trial, Becoming Animal, Syrian Stories, Donkeyote, Libya in Motion, Nae Pasaran, Where we are meant to be… as well as trying to keep up with her own productions. She is currently finishing a feature documentary in Guinea-Bissau about the Bijagos people.

Team statement: “We are delighted to have been selected for this prestigious international scheme. This will allow us (as the director and producer) to further deepen our Scottish-Syrian working collaboration through the production of this experimental documentary Let My Body Speak. Why does our body remember differently from our brain? It is a unique opportunity to tell Madonna’s powerful personal journey from corporal punishment in a repressive Syrian school to the exploration of the freedom found in her body. This film needs to be made in order for Syrian women to be more visible to the world but also to be more complex and more diverse.”

The Men Who Speak Gayle 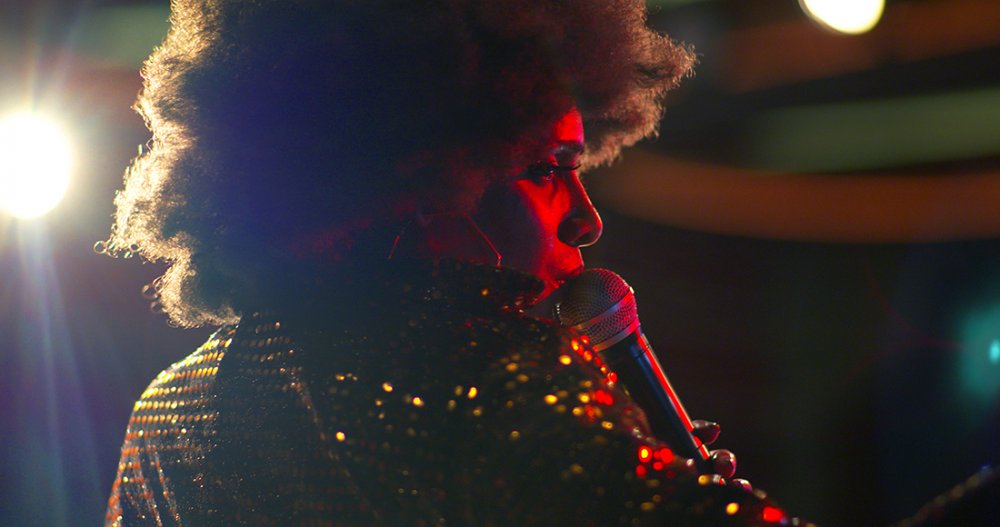 Synopsis: Young drag performer Nathan is one of the last people to speak Gayle — a secret language the gay community were forced to invent during Apartheid. He finds out about Louis, an original Gayle speaker living in a conservative desert town in South Africa and wants to put on a performance with him. These men, two generations apart and from different cultural and racial backgrounds have never met — and have no idea how the town will react.

About the team:
Andrew Brukman (director): Andrew is a gay South African-born filmmaker who has produced and co-directed with Oscar-shortlisted feature documentary director Mark Hopkins (Living in Emergency: Stories of Doctors Without Borders) on various projects including development of a film about the Zeitz MOCAA, Africa’s largest contemporary art museum and an IMAX feature on the ecowar in Gabon. This year, he will start shooting his debut feature documentary on the coffee industry in Guatemala.

Nathan Kennedy (writer/storyteller): Nathan is the main collaborator and creator of the art performance on which the documentary is based. He is a young drag artist born in Mitchell’s Plain, one of the most dangerous areas in Cape Town’s Cape Flats. He has been entertaining since the age of five, starting in church and gospel groups before moving on to solo performances and drag in theatres and limited venues around the city as well as cruise ships. In 2016, he started a self-broadcast channel, “Being Nathan Kennedy”, which takes a highly entertaining look at his life as a queer coloured man in contemporary LGBTI South Africa. He is at the forefront of keeping the language Gayle alive and evolving which he uses in his broadcast shows.

Thembisa Cochrane and Georgina Paget (producers): Thembisa and Georgie recently founded UK company, Caspian Films, which produced D.R. Hood’s second film Us Among the Stones (London Film Festival 2019). Previously Thembisa worked for Spier Films where she produced the international co-production The Harvesters (2018) in selection Cannes 2018 and was an executive on films including An Act of Defiance (2017), Young Ones (2014), The Salvation (2014), The Price of Sugar (2013) and Of Good Report (2013), winner of seven South African Film & TV Awards. Georgina worked for award-winning director Joanna Hogg on Archipelago (2010) and Exhibition (2013). She produced the internationally award-winning documentary Queens Of Syria (2014) and a theatre project in Jordan with a group of 50 Syrian refugees. She has produced a number of short films with Dan Stevens and Romola Garai among others. Recent feature projects include Dead In A Week (Or Your Money Back) (2018) starring Tom Wilkinson and Aneurin Barnard.

Team statement: “Andrew met talented South African drag performer Nathan Kennedy who speaks a language called Gayle. Andrew was immediately intrigued by Nathan and this near-forgotten language. As their relationship grew, it became apparent that there was a whole, colourful community with unexpected stories of resilience to explore, including an elder original Gayle speaker called Louis van Brakel. Andrew teamed up with UK producers Caspian Films and applied for the #MOREFilms4Freedom campaign, which has given us the opportunity to document an unknown part of queer history while helping to share this hilarious but important language. Gayle, created from need in a time of oppression, has become a language of expression. We hope this film will help to fight for queer visibility, especially in Africa, and continue to expand our queer narrative often overshadowed by Apartheid politics.” 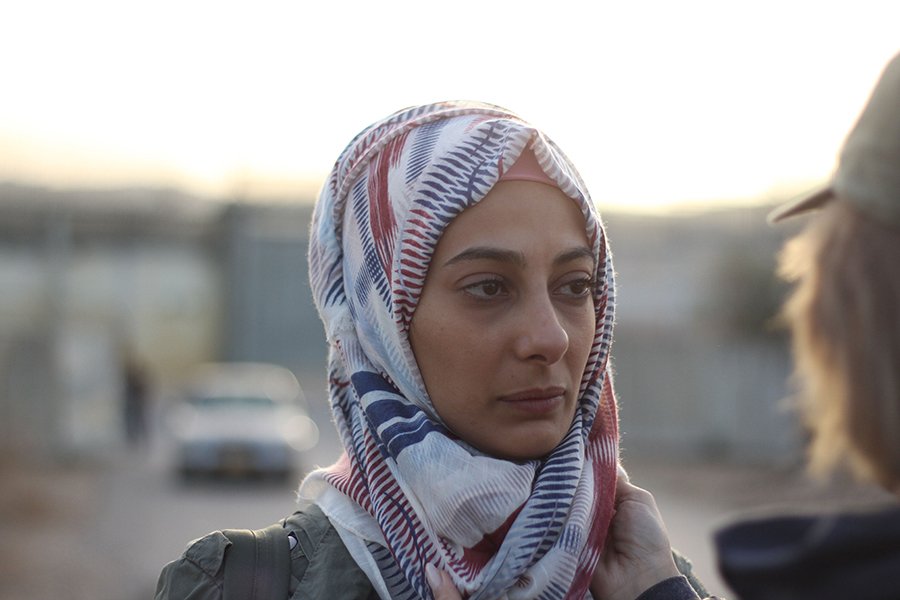 Synopsis: A young Palestinian woman crosses the Israeli border illegally to find her long-lost brother, who she hopes will be her ticket to a new life far from the West Bank. When she discovers the truth behind his exiled existence, her dreams of a happy reunion are shattered, and she must face her next steps alone.

Christopher Manning (writer/director): Christopher is a writer and director. His films have received multiple nominations and awards, screened at over 75 festivals worldwide, and garnered millions of views online. Jamie, his 2016 debut short, was one of the 2017 #FiveFilms4Freedom. His most recent short Isha premiered at the 2018 BFI London Film Festival and has since won an ‘Audience Award’ and Jury ‘Special Mention’ at Sicilia Queer, in addition to picking up nominations at LSFF, Encounters, Outfest, Queer Lisboa and Frameline, among others. Christopher is a BFI NETWORK x BAFTA Crew scheme participant. He is an Alumnus of the Telluride Film Festival’s Student Symposium and studied filmmaking at The London Film School. His debut feature is in development.

Garry Paton (producer): Garry is a Scottish producer and is the founder of UK film production company, Finite Productions. He has produced an array of successful short films which have played around the world and earned accolades including Best British Short Film nominations at both Edinburgh (The Cull) and Leeds (The Crossing) International Film Festivals. In 2017, Garry produced the BFI NETWORK-funded Tom (Cambridge, RiverRun Film Festivals) and Nirpal Bhogal’s Londonstani. He recently completed Lippy by Lucy Campbell which was commissioned by Fox and played on Hulu in the US. In 2016, Garry was selected for Creative England’s Creative Producer Initiative which supported ten emerging producers as they diversified and developed their feature slates. In 2018, he was selected for Edinburgh International Film Festival’s Talent Lab and in 2019, was selected by BAFTA and BFI for the FLARE Mentorship programme, to be mentored by Oscar and BAFTA-winning producer, Iain Canning.

Laura Samara Hawa (Majdal Films, co-producer): Laura is a producer with over 15 years of experience in film production. Laura has produced and line produced across genres including short, documentary and fiction feature films. She received a diploma in Television and Cinema production from Bet Rotenberg College in Haifa. Alongside her work in films, Laura volunteers to promote social values through visual projects working with youth, women and NGOs.

Baher Agbariya (Majdal Films, co-producer): Baher is a Palestinian Producer based in Haifa. He received a diploma in Industry Management as well as a Bachelor Degree in International Business. In 2003, Baher began his career in the film industry, and has worked as a line producer for both Palestinian and Israeli films, including Academy Award-nominated Paradise Now by Hani Abu Asaad, Inheritance by Hiam Abbas, Tanathur & Thurst by Tawfiq Abu Wael, and Man without a Cell Phone by Sameh Zoabi. In 2012, he established his own production company, MAJDAL FILMS, and has been independently producing both fiction and documentary feature films ever since. Among these are several notable and prize- winning features, including Hani Abu Asaad’s films Omar (also nominated for an Academy Award) & The Idol (2015), Jesica Habie’s Mars at Sunrise and Personal Affairs (2016) by Maha Haj (Official Selection Cannes film festival, Un Certain Regard).

Team statement: “Nowhere is a co-production between Finite Productions Scotland and Palestinian Majdal Films, exploring the roles that culture and religion play in the marginalisation and persecution of the LGTBQ+ community in one of the world’s most conflicted regions. The film reveals how familial and societal expectations burden and challenge LGBTQ+-identifying people, forcing them into sometimes excruciatingly difficult situations. Working closely with the Palestinian community to tell a pertinent and honest story, writer/ director Christopher Manning and producer Garry Paton spent a month working with filmmakers in Palestine and Israel to shoot the film. With the hard work of a strong cast (led by Israeli Academy Award winning Mouna Hawa, pictured) and crew from around the region, the film wrapped at the end of November and is now in post-production.”