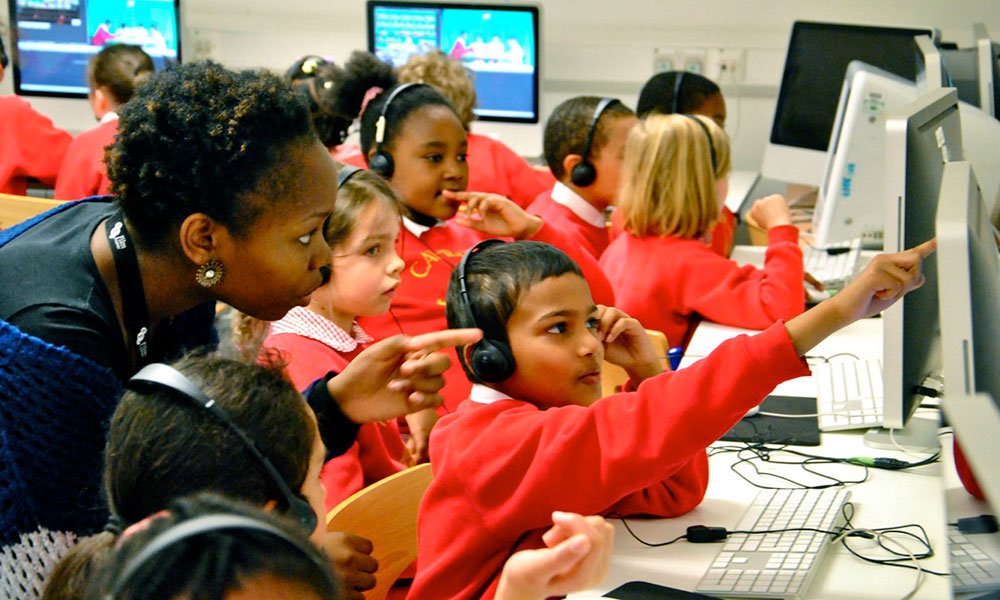 There are many great collections of web materials currently available to support children’s learning, particularly with film, so we thought it would be useful to gather a list of 30 or so that we like the look of. They are organised by the key subject areas we work with: Modern Languages (all age phases); Film and Media Studies (which tend to be 14-19); Primary; and general film education for a wider engagement with film.

We are unable to check all pages on all the sites, so if there is anything on there that you’re concerned about, please let us know: education@bfi.org.uk

ALL
The Association for Language Learning.
all-languages.org.uk

AQA
Teaching guide to working with film in A level and beyond.
aqa.org.uk/resources/languages/as-and-a-level/teach/teaching-guide-films

FilmArobics
This is American and is mainly paid-for content, but you can download sample lessons for free.
filmarobics.com

Film Education
The original Film Education website is still available to access, free of charge, with some material migrated to The Film Space.
filmeducation.org
thefilmspace.org

Into Film
BFI’s funded delivery partner for film education across the UK has hundreds of online curriculum resources and ideas for activities and films to watch at home.
intofilm.org

Raindance – The Lockdown Sessions
Paid for access to online tutorials from filmmakers.
raindance.org/courses/?swoof=1&product_tag=the-lockdown-sessions

CBBFC
The education website of the British Board of Film Classification, featuring articles and information on how and why films have age ratings.
cbbfc.co.uk

Disney 10 Minute Shakeups
These are 10-minute activities based on Disney films that count towards a child’s 60 active minutes per day.
nhs.uk/10-minute-shake-up/shake-ups

Film Education
While Film Education closed a long while ago, their online resources to accompany films, including activities and questions, are still live.
filmeducation.org/resources/primary

Into Film
Into Film have resources for all ages, including Key Stages 1 and 2. They have hundreds of resource packs and lesson ideas based on specific film titles. Registration is required but free.
intofilm.org

Cinémathèque Française
The Cinémathèque Française has run a film education programme for 25 years called ‘Le Cinema cent ans de jeunesse.’ It mixes watching, making and discussing films on a new theme every year. It has a website of resources and activities, in English.
cinematheque.fr/cinema100ansdejeunesse/en