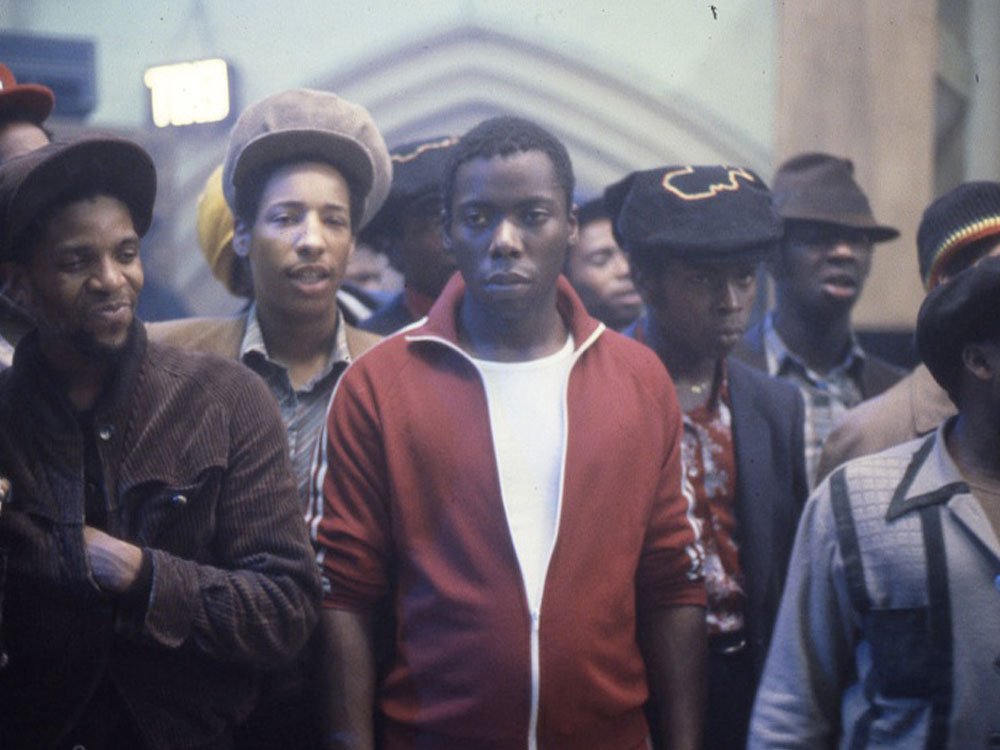 These lessons explore black identity and youth culture in Britain. Key scenes from Babylon (1980) and Concrete Garden (1994) are used as impetus for class discussions on issues of race and racism in British society.

Set predominantly in South London, Babylon presents a portrait of the young black community in London different from the tabloid stereotype. These black people are not muggers, rapists or chronic thieves. They are ordinary young black guys at the sharp end of inner city survival with dreams and fears of ordinary young people in general. Except of course that just like the subletted garage where they house their equipment and play their tunes, their lives are hemmed in by the predictability of poverty, disillusion and the randomness of violence that can erupt at any time.

Babylon is a potent mix of music and social commentary, flawlessly photographed by the celebrated Chris Menges (Local Hero, 1983; The Killing Fields, 1984; The Mission, 1986) and with an extraordinary ‘starry’ cast headed by actor-musician Brinsley Forde (Brinsley Dan) as ‘Blue’, the alienated young man at the heart of the story. Screenwriter Martin Stellman (Quadrophenia, d. Franc Roddam, 1979) and director Franco Rosso (Dread, Beat An’Blood, tx. BBC, 7/6/79) have crafted a superb, truthful film that stands up over thirty years later.

A charming story about a West Indian girl who moves to 1950s London. Marcia has spent most of her 11 years living with her Jamaican grandmother but is sent to damp, dark London to start a new life with her parents. Missing her gran terribly, Marcia is surrounded by bullying schoolgirls, racism on TV and a jealous younger brother… Only her favourite pop star will help her feel at home.

Concrete Garden is a wonderfully observed graduation film from director Alrick Riley. With warm performances from a young cast and exquisite detail in the production design, this tender short film powerfully evokes the trials and tribulations faced by kids settling in 1950s Britain.

Due to our agreements with rightsholders, access to Screenonline’s moving image material is only permitted within UK schools, colleges, universities and public libraries that have already registered with us. We regret that we are no longer able to offer registration to new users.