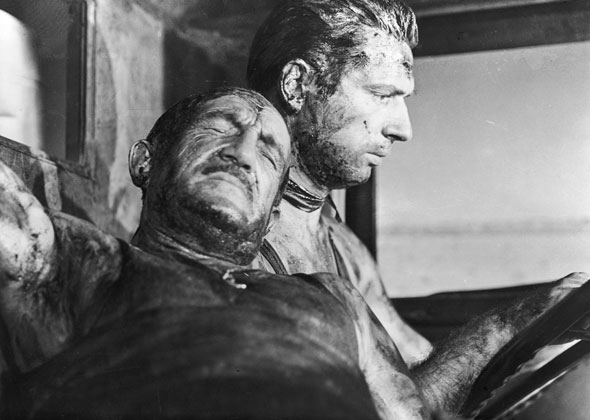 This white-knuckle masterpiece wrings every last drop of tension from its ingeniously simple premise. Opening in a fetid South American town where tough, unshaven men drink and fight until their next job, Clouzot’s film simmers with slow-building tension until the ratchet is dialled up to breaking point as four of those men take on a potentially suicidal assignment – driving trucks loaded with explosive nitroglycerin over a treacherous mountain path. When every bump could blow them to the heavens, the men’s nerve is tested to the limit, as is the audience’s. Christopher Nolan admitted studying the film for his recent war thriller Dunkirk, and it’s clear why: this is among the most purely suspenseful, gripping thrillers ever made.