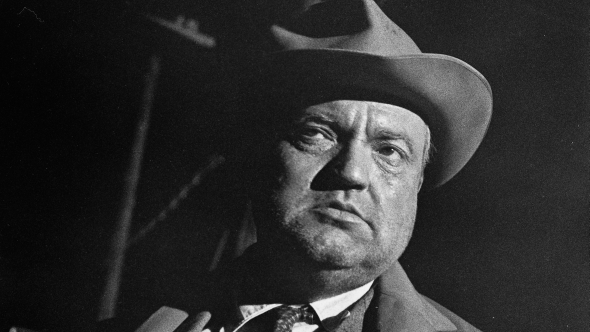 In a seedy US-Mexican border town, detective Miguel Vargas (Charlton Heston) and his newly wed wife Susie (Janet Leigh) become embroiled in a deadly maelstrom of crime and corruption as Miguel’s investigations into a narcotics rings bring him into conflict with local law-enforcer Hank Quinlan (Orson Welles). The last feature Welles made in Hollywood, Touch of Evil is a virtuoso foray into film noir, exhibiting his extraordinary sense of cinematic style, vivid characterisation and an almost Shakespearian flair for tragedy. Indeed, there are many who would argue that it rivals Citizen Kane as Welles’ masterpiece. - Geoff Andrew