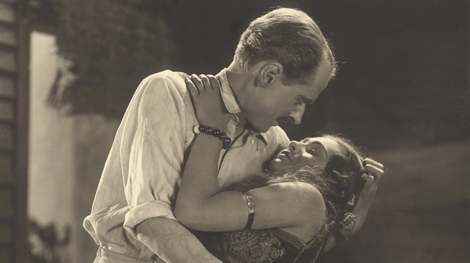 *Available for booking from November 2012 as silent DCP*

The opening sequence of Hitchcock's debut as director uncannily anticipates many of the elements that characterised his later work: the camera stares fixedly at the legs of chorus girls, a spectator leers, the audience is implicated. The diverging lives of two dancers are told in suitably melodramatic style: one ascends to the heights, the other stumbles into a marriage with a dangerous womaniser who goes spectacularly native with a girl in an unnamed colony. Shot in Germany and on Lake Como, the film was confidently 'signed' by Hitchcock with a handwritten signature on the opening credits, characteristically defending his decision: "Actors come and actors go, but the name of the director should stay clearly in the mind of the audiences".

A restoration by the BFI National Archive in association with ITV Studios Global Entertainment.