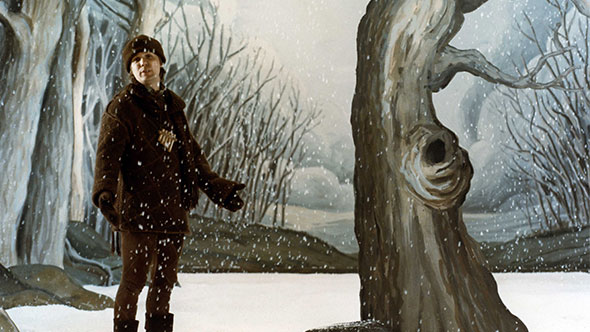 Bergman's film of Mozart's masterpiece is one of the greatest screen versions of an opera ever made. Shooting in Swedish on a set replicating a lovely 18th-century theatre, Bergman begins this wonderfully warm, witty and sensuous movie by focusing on the facest of a rapt audience (momentarily including his own) enjoying the overture. Thereafter, as the (abridged and intriguingly amended) tale of Tamino, Pamina et al proceeds, he highlights the piece's exuberant theatrical illusionism, at the same time deploying close-ups to enhance the emotions conveyed by an excellent young cast. An admirably light touch is applied throughout, making for a performance of musical excellence, dramatic vitality and enormous, effortless charm. (Geoff Andrew)

As part of the global celebrations of the centenary of Ingmar Bergman (1918-2007), the BFI will be making many of his films available on DCP for theatrical bookings in 2018. See full list of films here.