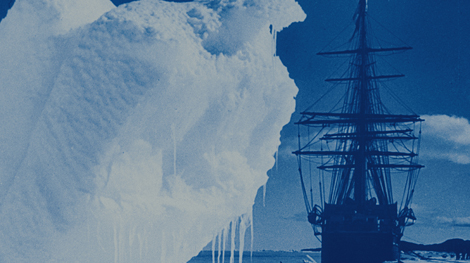 A hundred years ago the British Antarctic Expedition (1910-1913) led by Captain Scott set out on its ill-fated race to the South Pole. Joining Scott on board the Terra Nova was official photographer and cinematographer Herbert Ponting, and the images that he captured have fired imaginations ever since.

Ponting filmed almost every aspect of the expedition: the scientific work, life in camp and the local wildlife - including the characterful Adélie penguins. Those things he was unable to film he boldly recreated back home. Most importantly, Ponting recorded the preparations for the assault on the Pole - from the trials of the caterpillar track sledges to clothing and cooking equipment - giving us a real sense of the challenges faced by the expedition.

Ponting used his footage in various forms over the years and in 1924 he re-edited it into this remarkable feature, complete with vivid tinting and toning. The BFI National Archive - custodian of the Expedition negatives - has restored the film using the latest photochemical and digital techniques and reintroduced the film’s sophisticated use of colour. The alien beauty of the landscape is brought dramatically to life and the world of the expedition revealed in brilliant detail

With a new score by Simon Fisher Turner.