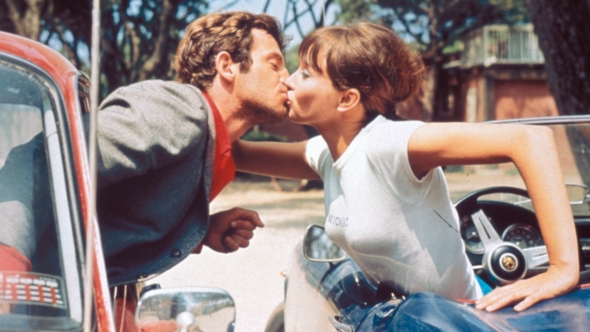 Godard called it the story of the ‘last romantic couple’, but it was also his spectacular farewell to the style and spirit of the Nouvelle Vague.

On impulse, Ferdinand abandons wife and child to take off with Marianne, an old flame, on a crazy and eventually tragic adventure, involving fast cars, mysterious gangsters and a Mediterranean idyll that turns sour.

This is a truly romantic film, but one which, in the best romantic tradition, is also deeply self-aware and at times quite tongue-in-cheek. Homage to the American genre movie (Samuel Fuller puts in a personal appearance) is undercut by references to the war in Vietnam, which were to become increasing virulent in Godard’s next few films. Gorgeous colour, and a great climax to the first (and still best-loved) phase of Godard’s film-making career.

'An explosion of colour, sound, music, passion, violence and wit'