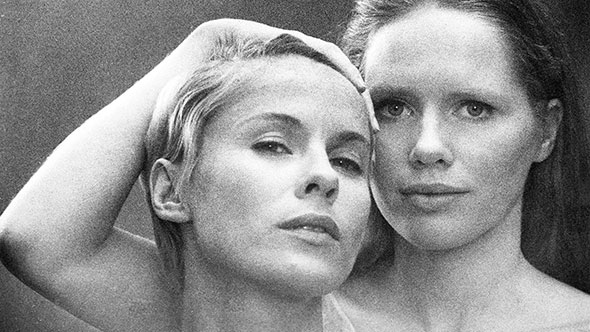 Bergman's modernist masterpiece explores the volatile relationship between an actress who refuses to speak and the nurse overseeing her convalescence.

After a mischievous montage 'explaining' the film's origins, the narrative proper gets underway, charting the increasingly tense battle of wits between the chatty Alma (Andersson) and the mute Elisabet (Ullmann), who are isolated together in a cottage on the island of Fårö. With a rich, resonant mix of related themes - the vampiric nature of art, the complex fragility of personality, the difficulty of communication - the film is arguably Bergman's most audacious and formally innovative work, multi-levelled yet utterly lucid. Sven Nykvist's lustrous camerawork, the subtle sound design and matchless lead performances combine to create a mesmerisingly beautiful work of unforgettable, haunting mystery. (Geoff Andrew, Programmer-at-large)

As part of the global celebrations of the centenary of Ingmar Bergman (1918-2007), the BFI will be making many of his films available on DCP for theatrical bookings in 2018. See full list of films here.