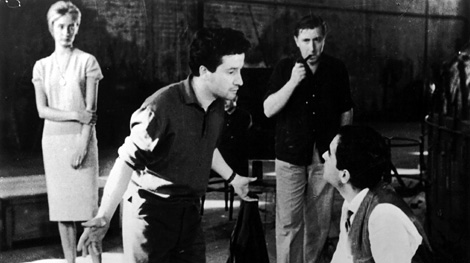 Original title: Paris Belongs To Us

The twisting, enigmatic tale is like an intriguing game to which no-one tells you the rules. Anne, a young Parisian student, is sucked into a mystery involving an American political refugee, a self-destructive femme fatale and a Spanish activist who recently committed suicide. Gradually she becomes convinced of the existence of a vast, malign conspiracy. Rivette’s first full-feature, suffused with sexual and political tension, is as much about its setting – a long-vanished Paris full of fleabag hotels and corduroy-clad intellectuals – as about its story. It features a striking musique concrète score, and the cinematography (by Charles Bitsch) is luminous and ominous at the same time.