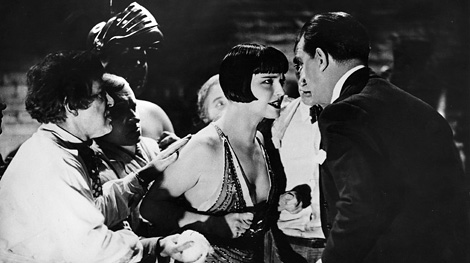 One of the great silent films, GW Pabst’s Pandora’s Box is renowned for its sensational storyline, sparkling Weimar-period setting and the legendary, lead performance from its iconic star Louise Brooks.

Following the rise and fall of Lulu (Brooks), a spirited but innocent showgirl whose sheer sexual magnetism wreaks havoc on the lives of men and women alike, Pandora’s Box was controversial in its day, then underappreciated for decades. It now stands as an incredibly modern movie, and few stars of any era dazzle as bright as Louise Brooks.

A new DCP with a score is now available for bookings from 1 June 2018. The score is by German composer Peer Raben, who regularly worked with Rainer Werner Fassbinder, and was created for this restoration of the film in 1997.