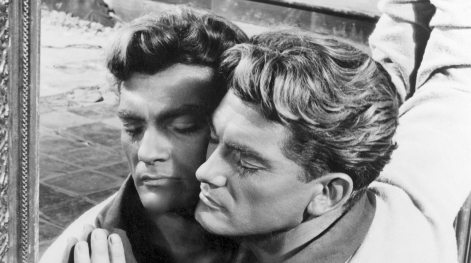 Poet, playwright, artist and filmmaker, Jean Cocteau was one of the most significant artists of the twentieth century and Orphéehis finest work of cinema.

This magical retelling of the Orpheus myth turns the lyre-playing singer of Greek legend into a famous left-bank poet in post-war Paris. Fallen out of favour and lost for poetic inspiration, Orphée becomes obsessed with a mysterious black-clad princess who first claims the life of a rival poet, and then Eurydice, his wife.

With its unforgettable imagery – the dissolving mirror through which characters pass into the next world, the leather-clad, death-dealing motorcyclists, and Cocteau’s magical special effects, Orphée is a work of haunting beauty that follows the poetic logic of a dream.

This new photochemical and 2K restoration (DCP, DVD only) of the film from the original nitrate negative were carried out by SNC (Groupe M6) with the support of the Archives Française du Film.