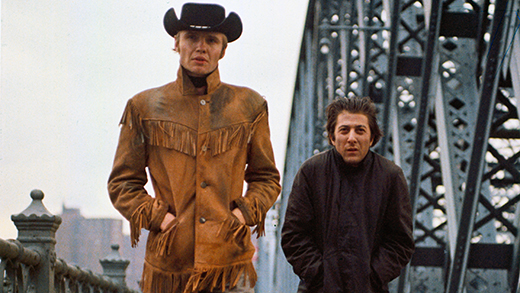 Winner of a slew of awards at the 1969 Academy Awards (including Best Picture and Best Director), Midnight Cowboy is gritty yet warm story of an affectionate friendship between two drifters (Jon Voight and Dustin Hoffman) in a decaying late-1960s New York.