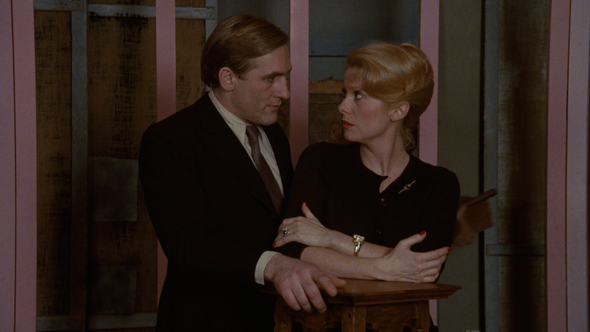 In Nazi-occupied Paris, Marion and her Jewish husband decide to conceal him in the very theatre that they own with the alibi that he has fled abroad. As he hides in the cellar from the Gestapo, she must continue her job as lead actor in the play and take on her husband’s job as director to hold up the façade.

Meanwhile the German oppression continues to increase on both the characters’ lives and the play itself. Gérard Depardieu and Catherine Deneuve give mesmerising performances in a distinctively Truffaut character study pitted against the backdrop of fascist tyranny leading to an enthralling exploration of humanity at its best and its worst.