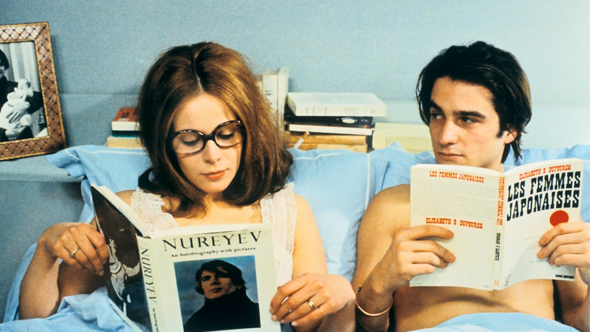 The fourth film in François Truffaut's quasi-autobiographical Antoine Doinel cycle finds the idealistic child-man married to his sweetheart Christine and still plugging away at odd jobs. It's about that time that he learns of his impending fatherhood, but he throws a monkey wrench into his new happiness when he becomes obsessed with a beautiful young Japanese woman.