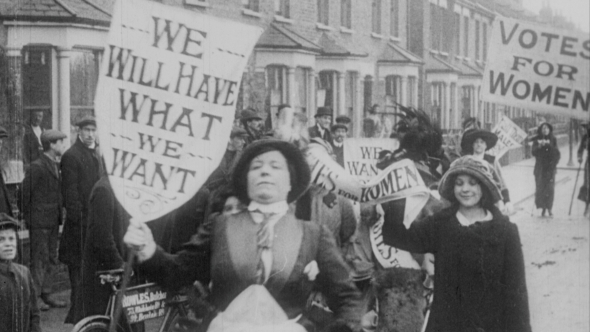 Complementing the release of Sarah Gavron’s Suffragette, this selection of silent films from the BFI National Archive shows how suffragettes were portrayed on the cinema screen while their battles were still being waged on the streets outside.

This fascinating compilation of 21 short films - with a specially commissioned score by Lillian Henley - combines newsreels and documentaries with early comedies.  Some offer grotesque parodies of female militants (often played by men in drag), but others feature unruly girl children who wreak havoc and still have the last laugh… These gloriously anarchic comedies reveal as much about young women’s aspirations as do the newsreels of demonstrations, arson attacks and other dramatic provocations.