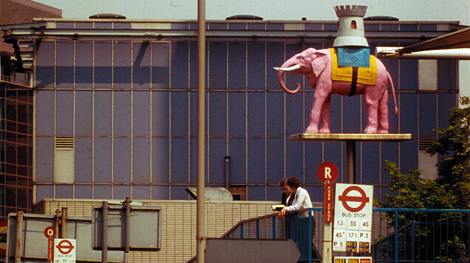 ‘Dirty old Blighty, undereducated, economically backward, bizarre. A catalogue of modern miseries with its fake traditions, its Irish war, its militarism and secrecy, its silly old judges, its hatred of intellectuals, its ill health and bad food, its sexual repression, its hypocrisy and racism, and its indolence. It’s so exotic... so home-made.’ So begins Patrick Keiller’s extraordinary portrait of London, which, through its anonymous narrator (voiced by Paul Scofield) and his unseen companion, Robinson, articulates the meaning of a city through referencing its past.