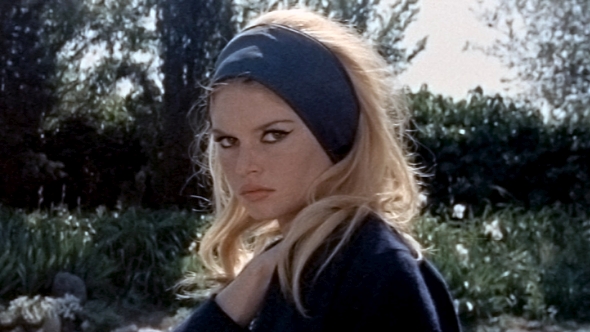 A sumptuously stylish study of a rocky marriage and fraught professional relationships, Godard’s unusually straightforward adaptation of a novel by Moravia is also his most hauntingly beautiful films.

A scriptwriter (Piccoli) adapting Homer’s Odyssey is torn between the demands of a philistine producer (Palance), his loyalty to the director (Lang) and his own self-respect; to make matters worse, his indecision is getting to his wife (Bardot)... Making the most of Raoul Coutard’s luscious ’Scope images and Georges Delerue’s achingly lovely score, Godard ensures that we care about this troubled couple even as he illuminates, with incisive wit, the corrosive compromises often inherent in filmmaking. A monumental achievement which combines the classical with the radical. – Geoff Andrew, BFI Senior programmer