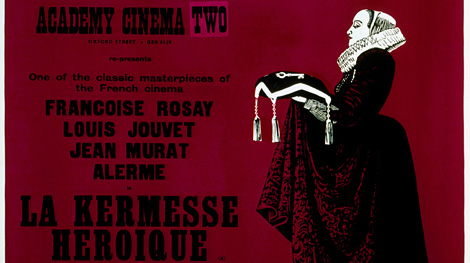 This tongue-in-cheek farce is set in the 1600s, in a Flemish town, which is facing invasion by the Spanish army. The men of the town are spineless and the mayor pretends to be dead, but his more courageous and sophisticated wife takes control of the situation and by recognizing and appealing to the enemy’s base needs, she and the town’s women avert a catastrophe. Feyder managed to recreate the world of Flemish painters with an incredible accuracy, and this is achieved through both the storyline and the minutely detailed studio sets, costumes and exemplary photography by Harry Stradling. La Kermesse héroïque portrays Feyder’s great sense of humour and attention to historical detail.