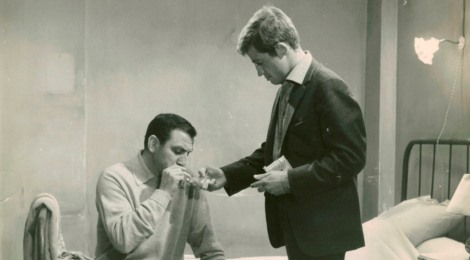 Highly rated by Jean-Pierre Melville, Robert Bresson and Bertrand Tavernier, and described as “the greatest of all French gangster movies” by the Guardian, Classe tous risques is an astonishing crime film that was the dazzling directorial debut of the influential Claude Sautet (1924 – 2000), better known for his later films Un Coeur en hiver (1992) and Nelly et Monsieur Arnaud (1995).

Starring the great Italian-born character actor Lino Ventura as a once-powerful Parisian gangster who has grown weary of his exile in Italy and longs to return home to his wife and two small children in Paris. In order to finance this ambition, he decides to pull one last job – boldly executed in broad daylight on the streets of Milan. His getaway proves dangerous, but when he enlists the help of his old partners-in-crime, they are reluctant to risk their own safety and instead send a complete stranger – the fresh-faced Eric Stark (Jean-Paul Belmondo) – to escort their former comrade to Paris.