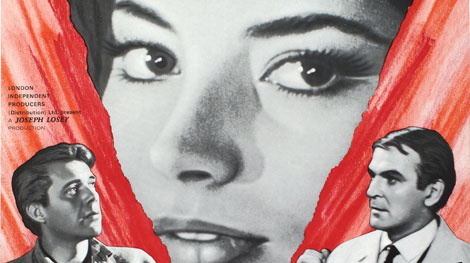 The BFI celebrates the centenary of Joseph Losey (1909 – 1984) with a new restoration of Accident from the BFI National Archive.

Losey reached the peak of his career with this masterpiece, the second of his collaborations with Harold Pinter exploring class and the British character.

The time is a hot summer in Oxford where his favourite British actors, Dirk Bogarde and Stanley Baker, play contrasted dons, close friends and deadly rivals whose relationship is brought to a critical point by an enigmatic Austrian princess, a doomed British aristocrat and an off-screen accident. Silences are as important as words in a world dominated by lies and self-deception, and the only truly honest person is destroyed.

Meticulously acted and directed, superbly lit by Gerry Fisher (on the first of his eight Losey films), this is a continental film in the manner of Resnais and Antonioni that gets into people’s minds and beneath the surface of things. It features several of Losey’s greatest sequences, including Bogarde’s silent assignation with Delphine Seyrig and an unforgettable long-take.