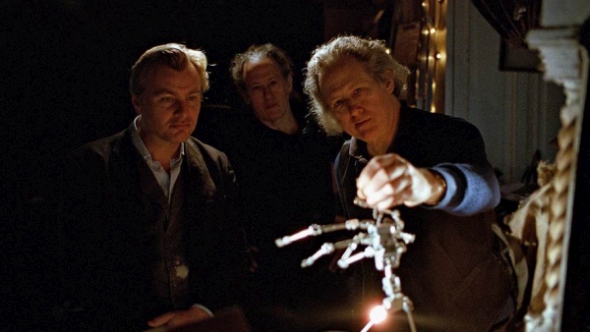 Two of the world’s most original filmmakers, the identical Quay Brother twins, have been making their unique puppetry and stop-motion animation for over 30 years, spawning an enormous cult following and many high profile admirers, from Terry Gilliam to Christopher Nolan. A passion for detail, a breathtaking command of colour and texture and an uncanny use of focus and camera movement make their films unique and instantly recognisable. Best known for their classic 1986 film Street of Crocodiles, they are masters of miniaturisation and their tiny sets create a landscape of long-repressed childhood dreams. We’re proud to screen three new 35mm prints of their work, alongside a brand new short from Christopher Nolan which reveals the inner workings of their studio.