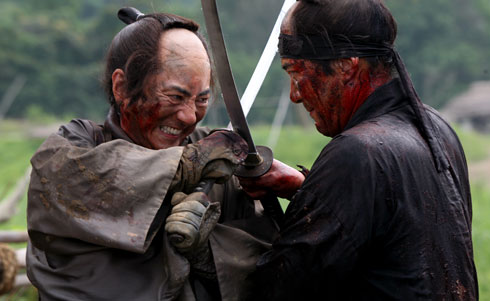 In Shogun-era Japan, the powerful and sadistic Lord Naritsugu threatens to shatter the country’s fragile peace and plunge it once more into war. Determined to stop him at all costs, an elite group of renegade samurai – each with their own deadly skill – plot his downfall. Massively outnumbered, the thirteen fearless warriors must face Naritsugu’s lethal army in a monumental and bloodily violent showdown. Featuring stunning action sequences, this epic adventure by cult director Takashi Miike (Audition) is a bravura assault on the senses that has been compared to the classic samurai films of Akira Kurosawa.