A collection of exciting and uncompromising films by Richard Woolley. 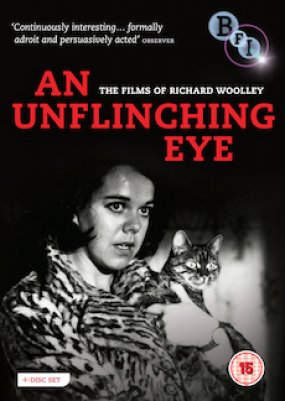 Between 1970 and 1988 Richard Woolley has created a body of exciting and challenging work that has remained almost impossible to see until now. Tackling controversial themes, such as class, race, sexuality and the human instinct for violence, Woolley directed a number of radical and uncompromising films, which explore the ways we relate to, and ultimately destroy one another even as we strive to develop the means to better understand and communicate with those around us.

A deft interweaving of stories, set against the backdrop of a failing marriage, provides a platform for the dissection of class and gender roles.
1978 | 90 min | 1.33:1

Girl from the South