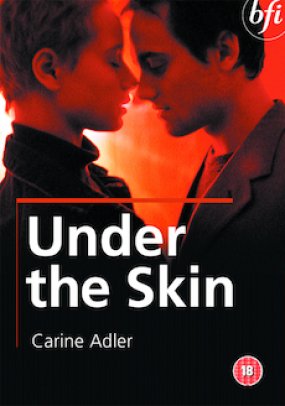 Sexy, dark and ultimately uplifting, Carine Adler’s stylish debut gave Samantha Morton her first major feature film role in 1997. The film, a BFI / Channel 4 production, went on to win the Michael Powell Award at the 1997 Edinburgh Film Festival, the Critics’ Prize at the Toronto International Film Festival and was an Official Selection at the 1998 Sundance Film Festival.

In this intimate exploration of a young woman’s relationship with her mother and sister, things are going badly for Iris (Samantha Morton); her mother (Rita Tushingham) has been given only weeks to live and she feels increasingly distant from her happily married and heavily pregnant older sister Rose (Claire Rushbrook). Unable to deal with her grief and jealousy, Iris ditches her job, her flat and her boyfriend and prowls the streets looking for love in all the wrong places.

Prior to her critically acclaimed leading role in Under the Skin, Samantha Morton’s TV credits included Soldier Soldier, Band of Gold and Jane Eyre. She subsequently moved to the United States and has since become one of Britain’s most successful young actresses, winning Oscar nominations for In America (2002) (Actress in Leading Role) and Woody Allen’s Sweet and Lowdown (1999) (Actress in a Supporting Role). She subsequently appeared in Morvern Callar (2002), Minority Report (2002), Michael Winterbottom’s Code 46 (2003), Enduring Love (2004), and The Libertine (2004).