Jean Renoir’s brilliant social comedy is a study in the corruption and decay of French society on the eve of the outbreak of the second world war. 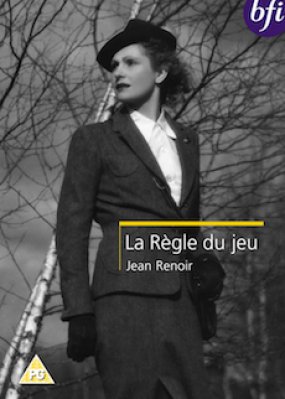 Denigrated by the public, vilified by the critics, re-cut at the insistence of its producers, and finally banned by the French government as ‘demoralising’ and unpatriotic, La Règle du jeu (The Rules of the Game) was a commercial disaster at the time of its original release.

On the surface, a series of interlinked romantic intrigues taking place at a weekend shooting party in a country chateau, the film is in fact a study in the corruption and decay of French society on the eve of the outbreak of the second world war. Now hailed as a masterpiece, Jean Renoir’s brilliant social comedy is widely recognized as one of the greatest films ever made.

As in La Grande Illusion (1937), Renoir used the convention of the microcosm, taking the events of the house party to comment, with irony and despair, on the state of France on the eve of disaster. He himself described La Règle du jeu as “a sort of reconstructed documentary on the condition of society at a given moment. It is a war film, and yet there is no reference to the war. Beneath its seemingly innocuous appearance the story attacks the very structure of our society”.

Andre Jurieu, an aviator, loves Christine, wife of the Marquis de la Chesnaye. La Chesnaye is having a covert affair with the socialite Genevieve. Chesnaye’s gamekeeper, Schumacher, is violently jealous of his wife Lisette, Christine’s maid, whom he suspects of dallying with poacher-turned valet Marceau. Around them hovers the jocular, uneasy figure of Octave (played by Renoir himself), mediator, confidant and go-between. During a weekend at La Chesnaye’s chateau all these intrigues bubble over into confusion, chaos and finally tragedy.

At the disastrous premiere of La Règle du Jeu in 1939, audiences howled, whistled, tore up seats and burned newspapers in protest. The film was attacked as frivolous, clumsy and even incomprehensible. After its ban, it received occasional showings in various versions, but it wasn’t until 1956, when 200 cans of outtakes were discovered, that it could be restored to very nearly its original form.